How an underperforming AT&T could eventually outperform Apple and Amazon

AT&T may be a lumbering giant, but in tough times investors may flock to the stock 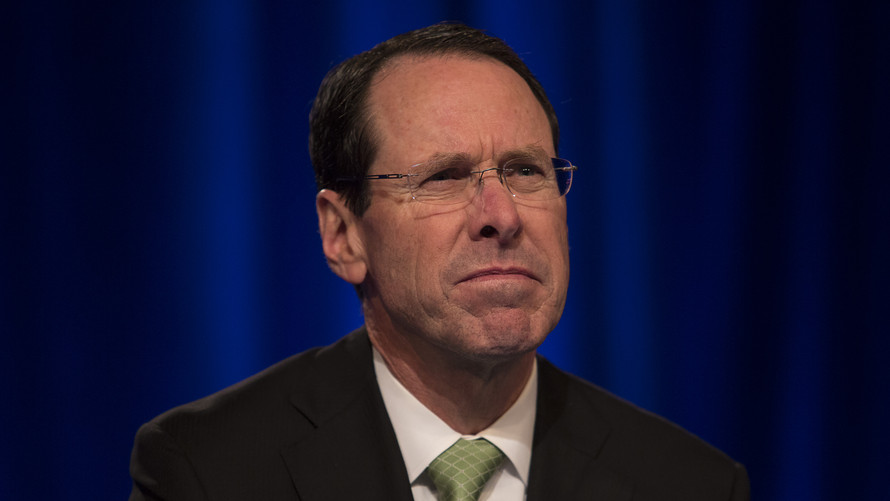 Apple and Amazon shares have been great performers for years, while good, old AT&T hasn’t done much of anything.

But under one scenario, AT&T’s (NYS:T) stock has the potential to outperform Apple (NAS:AAPL) and Amazon (NAS:AMZN) Let’s explore this issue with the help of a chart.

Please click here for an annotated chart of AT&T.

• It’s a monthly chart. In this case the monthly chart is appropriate as the objective is a long-term position.

• The chart shows that the stock of AT&T jumped on activist investor Elliott Management taking a $3.2 billion stake in AT&T.

• Elliott Management says AT&T stock could be worth at least $60 per share by the end of 2021.

• Coincidently, the chart also shows the long-term target of $60.

• Elliott’s $60 target is based on the sale of non-core assets, an increase in strategic focus, an improvement in operational efficiency, better capital allocation and better governance.

• Compare AT&T’s stock to S&P 500 ETF (PSE:SPY) on a chart and you will readily see that AT&T has been underperforming. Underperforming stocks often revert to the mean.

• The chart shows the first target is around $44. In due course, we will provide to our subscribers more precise target zones.

• Relative strength index (RSI) on the chart shows that the stock is overbought and may pull back.

• Although the Elliott news caused an increase in volume, the stock closed near the low of the day when the news was released. This is a negative. This indicates a pullback may occur in the near future.

• Overall, the chart shows that volume is not high. This also indicates that a pullback may occur in the near future.

A key point investors ought not miss is that AT&T’s stock is under-owned. In contrast, popular stocks such as Facebook (NAS:FB) , Netflix (NAS:NFLX)  and AMD (NAS:AMD) are over-owned. Of course, Amazon and Apple are very over-owned.

When a stock is very over-owned, everybody who is going to buy it has already bought it. On negative news, sellers appear but there are no buyers. This can cause a major drop in a stock totally disproportionate to the news. Our long-time readers are already familiar that we have used this information and logic numerous times to give sell signals in popular stocks right at the top.

Since AT&T is under-owned by institutions, there is plenty of room for it to run up as they start taking new positions or adding to exiting small positions.

Pay attention to this scenario

Start with Arora’s Second Law of Investing and Trading: “Nobody knows with certainty what is going to happen next in the markets.”

Scenario analysis has been, in part, responsible for The Arora Report’s success. When various scenarios are analyzed in advance, investors are able to act before the crowd with conviction when one of the pre-analyzed scenarios starts unfolding. Think of the following scenario:

• Exports from Europe to China fall, and Germany enters a recession.

• The U.S. economy is about 70% consumer-based. At first Americans keep on consuming, preventing the U.S. from going into a recession, but after a while the U.S. also dips into a recession.

• Trade war with China escalates. China retaliates by making an example of Apple.

• The momo (momentum) crowd starts wholesale selling of expensive stocks such as Amazon. The recent aggressive selling in cloud stocks such as CrowdStrike Holdings (NAS:CRWD) , Zoom Video Communications (NAS:ZM) , Okta (NAS:OKTA) and Twilio (NYS:TWLO) should give less experienced investors a small taste of what may happen. Popular momo crowd stocks such as Shopify (NYS:SHOP) , The Trade Desk (NAS:TTD) , Fastly (NYS:FSLY) and Veeva Systems (NYS:VEEV) may lose 50%-80% of their value.

• The Federal Reserve responds by cutting interest rates to zero.

• Investors move into high-dividend-paying stocks such as AT&T.

Under such a scenario or even under less drastic scenarios, AT&T stock may end up outperforming Apple and Amazon.

When and how to buy

Investors ought to consider scaling in on dips. As appropriate, we will be providing precise buy zones and the quantity to buy in each buy zone.

Investors ought to resist the temptation of buying their normal full core position size on the positive Elliott news. There will be pullbacks.