How can stocks rally when corporate profits are flat? Thank the bond market, analyst says 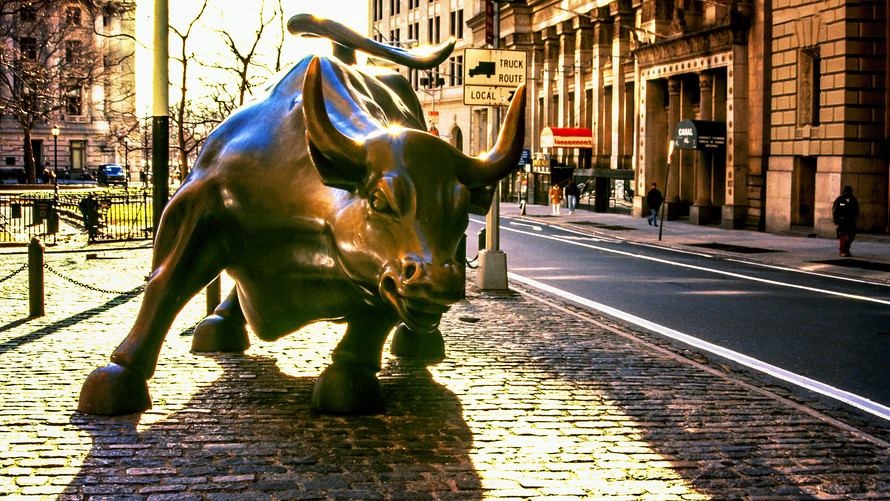 A major talking point for stock-market bears has been the pitiful performance of corporate profit growth this year.

Earnings-per-share for S&P 500 index /zigman2/quotes/210599714/realtime SPX -0.02%  companies are on pace to remain virtually unchanged through 2019, according to FactSet data, yet the benchmark S&P 500 index has risen roughly 25% and the Dow Jones Industrial Average has gained about 20%. What’s worse, economy-wide corporate profits have been flat since 2014, according to the Commerce Department.

But earnings growth is just one component of stock market valuation, with the other being the discount rate at which investors estimate future profits are worth today. The lower the interest rate, the more valuable future profits are.

“During the last year, the S&P 500 trailing 12-month earnings per share has been essentially flat but the 10-year bond yield /zigman2/quotes/211347051/realtime BX:TMUBMUSD10Y -1.89%  has collapsed,” wrote Jim Paulsen chief investment strategist at Leuthold Group in a Tuesday note to clients. “That is, growth of the future dividend stream has been compromised but the discount rate of future cash flows has been significantly reduced.”

Global economic growth fears, along with interest rate cuts by the Federal Reserve and other central banks, have helped cause a steep decline in bond yields and interest rates this year. What makes 2019 particularly interesting in this regard is just how much bond yields have fallen without a commensurate decline in corporate profits. 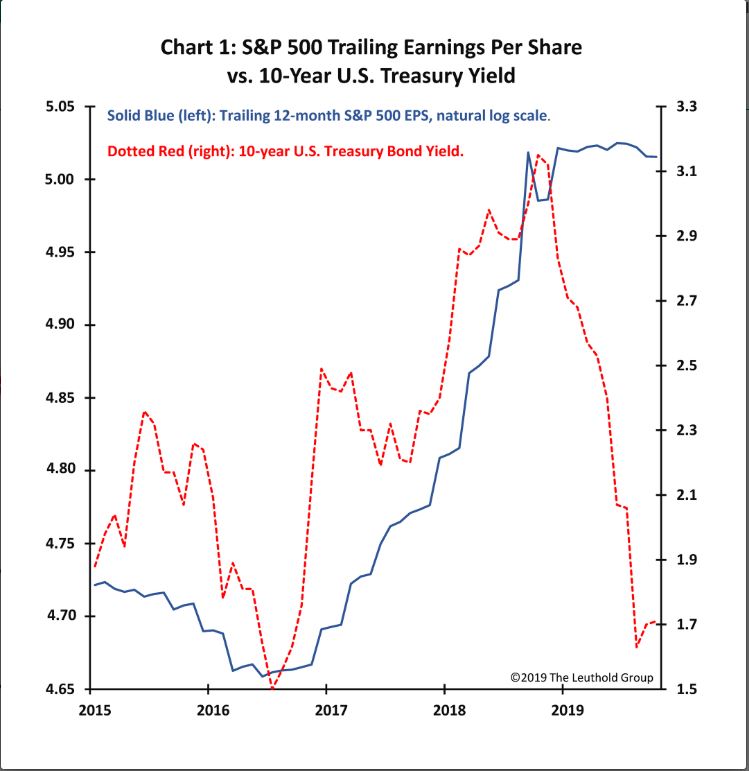 “As shown, the stock market suffered a situation like today’s during the 2015-2016 global manufacturing recession,” Paulsen wrote. “At that time, although the discount rate was significantly reduced (the 10-year U.S. bond yield declined by about one percentage point), S&P 500 trailing earnings per share also suffered a decline of about 6%.”

“By comparison, during the current global slowdown, share earnings have so far avoided a significant decline . . . while the discount rate has fallen by nearly one-half,” — from 3.25% last October to slightly below 1.5% in September, he added.

Further analysis shows that the stock market is somewhat highly valued when taking into account both earnings growth and bond yields, and that the valuation has increased by 12% in 6 months, according to a measure called the present discounted value proxy. Since 1960, stocks are valued higher today than 80% of the time.

But this isn’t bad news — historically stock markets have continued to rally in the six months following a sharp rise in valuation by this measure.

“The valuation profile of the S&P 500 Index has nonetheless improved despite a flattish earnings trend and a substantial rise in the stock market this year,” Paulsen concluded. “Investors do not often get to enjoy a halving of the long-term cost of capital without a more significant decline in corporate earnings.”