How do experts actually measure the impact of social distancing?

The science behind COVID-19 models, and how experts can track the impact of your canceled plans 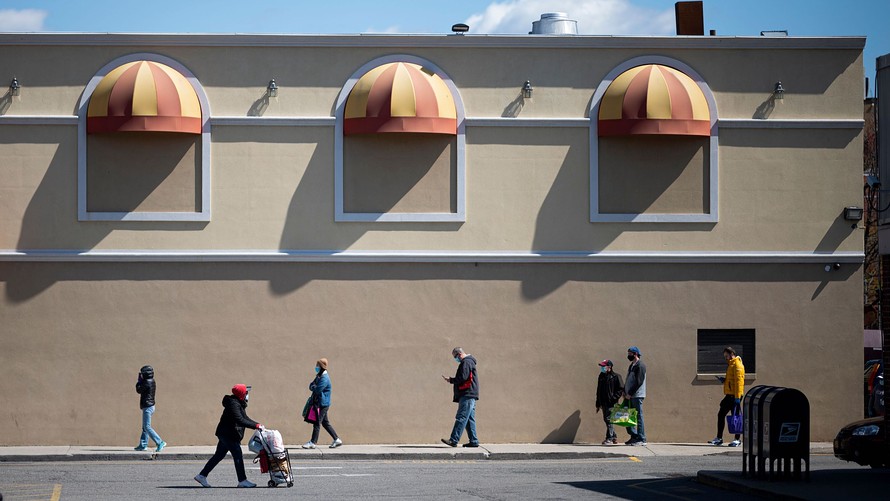 Getty Images
People keep social distance as they line up at a supermarket in New York City recently.

Even for Americans in the privileged position of riding out a pandemic in comfortable homes, social distancing has felt like an increasingly heavy burden. Lost work, spousal tensions, the sudden need to home-school children and cabin fever have grated on our collective nerves.

But as frustrating as the enforced time at home has been, it’s also repeatedly cited as the force behind the flattening of the curve in some U.S. hot spots, particularly New York.

The state’s success in lowering infection rates is largely attributed to social distancing measures enforced by a statewide PAUSE executive order that’s been in place since March 22 and was extended through May 15 by the governor on Thursday.

“What we have learned through this process is that our actions determine our destiny and that’s actually good news. We changed the curve,” Gov. Andrew Cuomo said in a news conference earlier this week. Since last week, the governor has continuously emphasized his message that New Yorkers “stay the course” on social distancing measures to continue to push down the infection rate.

Dr. Anthony Fauci recently issued a similar statement about the spread of the virus nationwide, saying that “glimmers of hope” are starting to appear in the data, but saying, “We still have to put our foot on the accelerator when it comes to the mitigation and the physical separation.”

But how do officials measure the effectiveness of locking down, and if the protocols that are in place are enough?

On a hunt for data, knowing where to look

Anyone following coronavirus statistics and infographics closely has likely found themselves startled by the specificity of data that’s already available—and what it says about just how much information our smartphones give away about us at any given moment.

At the beginning of April, the New York Times published a map , based on cellphone data, of how much travel was happening in different areas across the U.S. in late March, and what that could mean for different states’ relative infection rates.

Travel data is just one of a number of metrics, including a mix of historical and real-time outbreak data, that researchers are incorporating into models forecasting the direction of the virus’s curve, as well as the amount of equipment needed.

Models are based on “a century worth of epidemiologic science,” said Charles Branas, chair of the department of epidemiology at Columbia University’s Mailman School of Public Health. “But really, the biggest contribution in the models we have now is the numbers that were given to us from China, Korea, Italy, that were very helpful in formulating the specific numbers of how this particular [virus] propagates through populations.” (Columbia’s model projections for coronavirus in New York are used as key data points in Cuomo’s daily news conferences.)

The models also include the timing of government social distancing mandates alongside transmission, infection and death rates, said Dr. Greg Roth, a senior faculty member at the Institute of Health Metrics and Evaluation (IHME) at the University of Washington, which has created one of the most widely cited models of COVID-19 projections .

“The way our model works is that it looks at the date on which those policies were implemented and the relationship between that date and that kind of policy and the shape and steepness of the curve of deaths,” Roth said.

And so far, most models tend to show with unambiguous clarity how significant the effects of social distancing have been.