How do you know if your fund manager has ‘lost it’?

The erratic story of Bill Gross has investors wondering 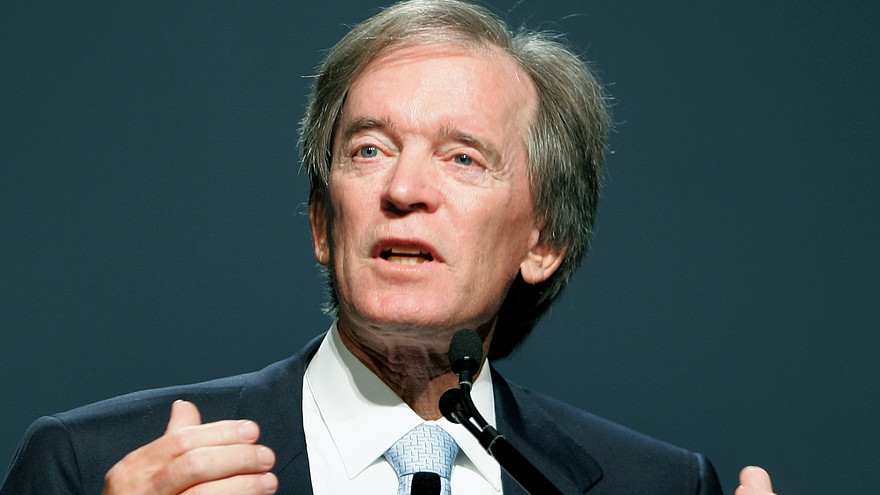 Somewhere on the journey from Pimco to Janus , Bill Gross changed in the eyes of many investors from industry giant to crackpot.

Stories emerged about Gross’s erratic behavior, suggesting he left in a rage of spite and discord, hitting the exits before Pimco could boot him. Critics had several years of middling performance to use as proof that Gross’s touch no longer was magic.

The truth lies somewhere between the extreme edges of the story, and is shadowed by the perceptions and experiences of the viewer, but the whole tale raises an interesting question, one voiced most clearly to me by Luke in Allen, Texas — a regular listener to my radio show MoneyLife — who asked, “How can you tell if a manager has lost it?”

Luke has invested with Bill Gross’s flagship Pimco Total Return Fund /zigman2/quotes/206986610/realtime PTTRX -0.35%   for more than 15 years, and while slipping returns made him concerned, it was only after the news broke that he started to think he missed something obvious and had hurt his portfolio by sticking around.

Is Gross washed up? That’s an open question.

Plenty of experts have said since Gross announced his plans that if they were looking for an unconstrained bond fund, they’d go with Janus Unconstrained /zigman2/quotes/209617174/realtime JUCAX -0.23%   — Gross’s new fund – just because it will be small and nimble and he will be focused on earning atonement in the eyes of investors.

As for whether investors should have recognized the issues brewing prior to his change, that would have been hard because everything but the fund’s performance happened either out of the public eye or without appropriate context.

Gross was the personification of Pimco, the company he founded in 1971 that grew into a $2 trillion megalith. In his time running Pimco Total Return — which dates back to May of 1987 — the fund averaged 7.85% annualized gains, roughly 20% better than the average peer fund over the same time. He’s at or near the top of both his Morningstar Inc. and Lipper Inc. peer groups for any time period that covers the last decade or more.

The last few years haven’t been quite so kind, with Gross ranking in the bottom quartile of his Morningstar peer group for the last 12 months.

That kind of “reversion to the mean” — fundspeak for a mediocrity balancing out a stretch of outperformance — isn’t surprising; it happens to every great manager at some point in a long tenure.

What had people questioning Gross and his ability was the back story. There was his weird, disjointed speech at the Morningstar Investor Conference in June, which seemed to shock much of the audience.

That was only disquieting to anyone who had never seen Gross on stage before, as the man has never been a good public speaker. He invariably draws a crowd and makes some headlines, but weird and disjointed could apply to virtually every speech the guy has given in the last two decades (and I have sat through at least eight of them); his Morningstar talk may have set new standards for erratic Gross behavior, but it didn’t surprise anyone who had seen him before.

In-fighting and curious office behavior is tougher to explain, because only a few ever saw it. While it sounds odd, it might also be chalked up to a guy struggling to stay relevant in the company he started, as that business transitions away from him.

No matter, there are plenty of fund managers known — at least inside their own shops — for bizarre, eccentric or manic behavior.

All that matters to investors is if it affects the fund’s results.

There, determining if a manager has “lost it” may be a matter of perspective. For a guy like Luke — a long-term holder in Pimco Total Return — recent results haven’t diminished the overall excellence produced during his time holding the fund.

Indeed, among famous managers rumored to have “lost it” as they neared the end of their career, there’s a mix between guys who simply couldn’t maintain their long-term run at the very top of the pack and guys who fell and could not get up.

John Neff of Vanguard Windsor /zigman2/quotes/210492600/realtime VWNDX -2.28%   had detractors at the end of his stellar career, but it’s hard to suggest investors have a real beef. When Neff retired from Windsor in 1995, he was the top performer in his category over the last 30 years of his career, and was top 10% in the last decade, despite finishing below-average in the last year-plus as his clock was winding down.

By comparison, Marty Whitman of Third Avenue Value /zigman2/quotes/207225650/realtime TAVFX -4.30%   was no better than an average performer for the last decade of his career (ending in 2012), but still ranked atop the category for the length of his career, suggesting that the first dozen years at the fund were so extraordinary that they overcame reversion to the mean.

And then there’s Bill Miller, who made his reputation running Legg Mason Value Trust ( /zigman2/quotes/203623666/realtime LMVTX -3.17% , now ClearBridge Value Trust) ahead of the Standard & Poor’s 500 /zigman2/quotes/210599714/realtime SPX -1.72% for about a dozen straight calendar years. Over the last five- and 10-year periods in his career, ending in 2012, however, Lipper Inc. had him dead last and next-to-last in his peer group. The last half of his 30 years running the fund was so bad that he barely finished in the top 25% of his peer group for the entire career. 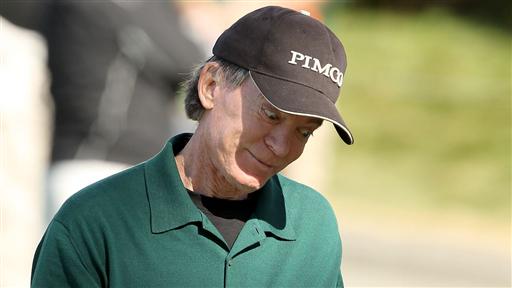 How to know when your fund manager has 'lost it'

On the heels of Pimco founder Bill Gross's high-profile departure, Marketwatch's Chuck Jaffe explains how to determine when your fund manager has "lost it."

A legendary manager is only worth the reputation if you get the fabled results. Buying at the peak and riding the downslope will convince anyone that a manager has lost it.

In short, managers who burn through shareholder patience have “lost it,” no matter what they do next.

“Good managers suddenly trailing their benchmark and peer group — or becoming visibly middling for a few quarters — raises questions,” said Jim Lowell, chief investment officer at Adviser Investments, which takes a “buy the manager, not the fund” approach to picking funds. “Anything like erratic personal or professional behavior would also raise questions, as would company management or manager team shakeups. … Weakness relative to past performance concerns us.

“Gross — like [Mario] Gabelli and [Warren] Buffett — has a reputation that outshines the track records, but Gross has a chance at resurrection,” Lowell added. “He’ll want to prove all his critics wrong, and he may do just that.”

You’re invited: If you are planning to be in New York Oct. 15, we’d like to invite you to a free breakfast and panel discussion on how to convert retirement savings into retirement income. This Retirement Adviser event will be moderated by MarketWatch Senior Columnist and Retirement Weekly Editor Robert Powell. His guest panelists will be Wade D. Pfau, Professor of Retirement Income at The American College; Joseph A. Tomlinson, an actuary and financial planner based in Greenville, Maine; and Dirk Cotton, a financial planner in Chapel Hill, N.C. and former Fortune 500 executive. The panel will discuss withdrawal and income planning strategies, annuities, tax planning and more, and answer your questions. The event is free and begins with breakfast at 8:30 a.m. Seating is limited. For more information or to RSVP, please email MarketWatchevent@wsj.com by Monday, Oct. 13.