How the Disney-Netflix streaming war will create collateral damage

Five main companies — including Roku, Amazon and AT&T — will be competing for viewers 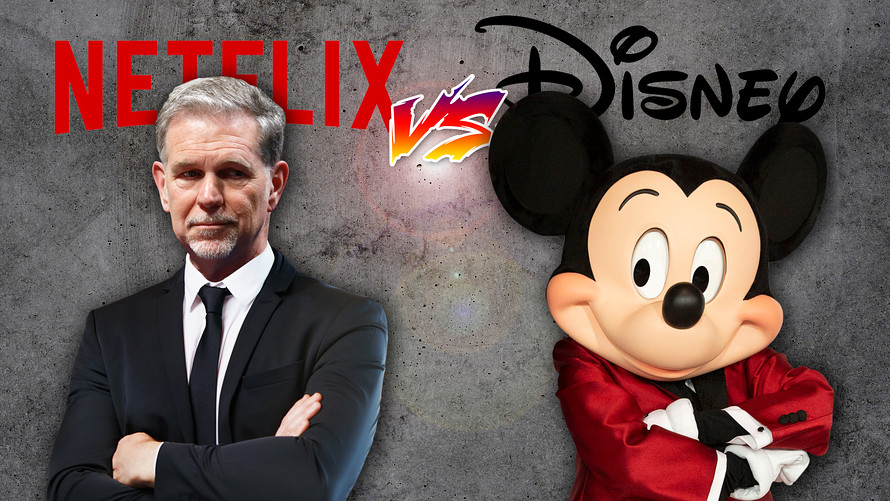 It’s hard to believe a mega-brand such as Disney would be seen by investors as a growth stock. The company is nearly a century old, boasts some of the most entrenched franchises in entertainment and is already valued at more than $200 billion.

But as it has in so many other ways, the internet age has changed the rules. And after making a big splash Thursday with details about its much-anticipated streaming service that will launch in November, shares of Walt Disney Co. /zigman2/quotes/203410047/composite DIS +2.48%  surged as Wall Street has started to think of this media king as a growth name once more.

The oversimplified reason is that investors feared Disney’s gain would be Netflix’s loss. Yet as the dust settles and Netflix approaches a crucial earnings report Tuesday, it’s worth challenging the notion that only one provider can be the winner in a zero-sum game. As a personal data point, my household uses three streaming services, and there are many other customers like me out there.

Of course, not everyone will be a streaming winner. Since services are “unbundled,” consumers can decide what content is worth paying for but also what services simply aren’t worth it.

Disney’s streaming efforts certainly don’t prohibit others like Netflix from succeeding. But given the company’s massive library and history of excellence, it does raise the stakes. Here’s what the Disney-Netflix war means for the streaming industry in the coming months, and which stocks are worth owning.

Read: Disney launches $6.99 streaming service, but will Netflix fans go for it?

The biggest bullish case for Disney’s streaming service is the fact that it’s offering premium content at a relatively discounted rate — about $7 a month, around half that of Netflix and HBO Now.

It’s not just the price, though. Disney is offering an amazing archive of films, from family faves like “Aladdin” and the “The Lion King” to content from its Pixar and Marvel franchises. And on top of that, on the heels of a massive $71 billion deal in 2018 to purchase Fox entertainment assets, the streaming service will also offer flicks from the Fox library that include “The Sound of Music” and “The Princess Bride.”

The icing on the cake: Disney isn’t just charging for reruns. It has ambitious plans for 25 original series and 10 feature-length productions. Remember, this is a company that made a ton of dough decades ago on direct-to-VHS sequels that capitalized on established brands, and it will surely execute well in this digital reboot of that strategy.

Oh, yeah, and it also has all those traditional TV properties like ESPN and Disney Junior it can bundle together with some or all of this stuff for subscribers who want the whole shebang.

Long story short: Investors are right to get excited about Disney and this service’s November debut. A deep library, competitive price and ambitious production schedule means this newcomer to the space will quickly become a dominant force in streaming.

It may be too early to ring the death knell for Netflix. After all, even though it is clearly an established name and has much of its growth in the rear-view mirror, Netflix just put up a great fourth-quarter earnings report in January that boasted 8.8 million new global subscribers. And even when you bake in the Friday dip, shares are up more than 30% in 2019 to handily top both the S&P 500 /zigman2/quotes/210599714/realtime SPX +1.23% and Disney’s stock this year.

That growth is in large part because Netflix has embarked on an ambitious original-content strategy. Unlike Disney, which loves to create global smash hits, Netflix programming is more about singles and doubles based on keeping audiences involved in multiple episodes of multiple shows.