How to Buy... Archives | Email alerts

How to buy ... private company stock

How equity crowdfunding will work and what to watch for 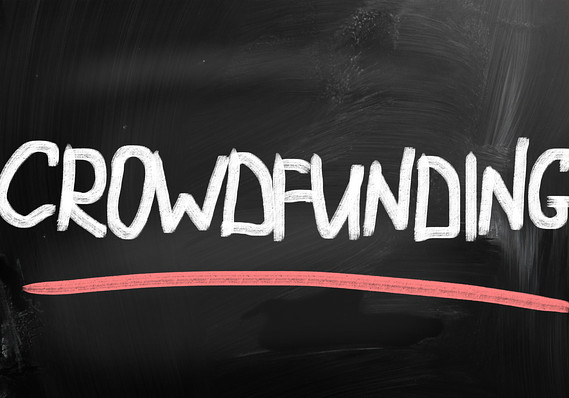 Good luck with that. But the door is ajar. If your personal net worth is $1 million or more, or your annual income is at least $200,000 ($300,000 for couples), startups and other private firms can now pitch their wares directly through social media and other mass-marketing channels without publicly registering the shares.

In this way, companies seeking capital no longer need a pre-existing relationship with a potential backer. Now they have open access to the universe of “accredited” investors — an estimated 8.7 million wealthy U.S. households whose inhabitants are considered sophisticated enough to understand what to watch for, and what to watch out for, when presented with such potentially lucrative but risky opportunities. There are no limits on the money accredited investors can sink into a venture, though a company making a general solicitation must attempt to verify that the investor meets the proper criteria.

Also see: What it means to be an accredited investor (VIDEO)

Yet this provision — part of the Jumpstart Our Business Startups Act, or JOBS Act — gives even the savviest investors one more reason to be careful about the companies they keep.

What to watch out for

“Anyone with an email address or a telephone can get solicited,” says Timothy Spangler, chairman of the Investment Funds Group at law firm Kaye Scholer LLP.

So keep your “paydar” sharp. Remember what the comedian Groucho Marx said about clubs — he wouldn’t belong to one that would have him as a member. Cautions Spangler: “If this is such a great opportunity, why have [companies] had to reach so far?”

“Be aware of where the solicitation is coming from,” adds Daniel Gorfine, director of financial markets policy and legal counsel in the Washington office of the Milken Institute. “If it’s not coming through a trusted intermediary or facilitator, pay extra attention.”

Even if your financial adviser is the intermediary, do your homework. How did your adviser discover this venture? Has the offering been thoroughly vetted? What restrictions does the company place on investors regarding liquidity and voting rights? How will the company use your money?

What to keep an eye on

For those who aren’t accredited investors, consider this: Soon, giving money to private firms could become much more public. The Securities and Exchange Commission has come out in favor of allowing anyone to invest in startups and other entrepreneurial ideas.

Under these proposed regulations, which could take effect early in 2014, venture capital no longer will be exclusive to the rich. While rules pertaining to private offerings for accredited investors would be unchanged, private firms could also attract investment from non-accredited investors via online “funding portals.” These websites would facilitate so-called equity crowdfunding – or more accurately, “crowd investing.” Entrepreneurs already raise money through crowdfunding websites, including Kickstarter, Indiegogo and RocketHub, but selling shares is prohibited. The names and number of sites that intend to offer equity crowdfunding to smaller investors won’t be clear until the SEC’s final ruling.

Opening the funding gates to all raises concern that securities regulators unintentionally are making it easier for scammers to prey on the unsuspecting and uninitiated. But certain investor protections are built into the law. For example, investors using a funding portal would be able to review a company’s audited financial statements and investigate investors and officers with 20% or more ownership of the business.

Moreover, investments made through online portals are capped. Someone whose annual income or net worth is below $100,000 cannot invest more than the greater of $2,000 or up to 5%, or $5,000, each year. Those whose net worth or income is greater than $100,000 – including accredited investors – could invest no more than 10% of their income or wealth via a portal, up to $100,000 a year. Securities purchased online would have to be held at least 12 months before they could be sold.

“It’s a great opportunity in theory,” Kaye Sholer’s Spangler says. “We have to find out in practice how well it will actually work.”

Jonathan Burton is a MarketWatch editor and columnist based in San Francisco. Follow him on Twitter @MKTWBurton.

This Story has 0 Comments
Be the first to comment
More News In
Investing
/conga/getting-started/toc.html 284863