How to know if your bond fund is worth the money 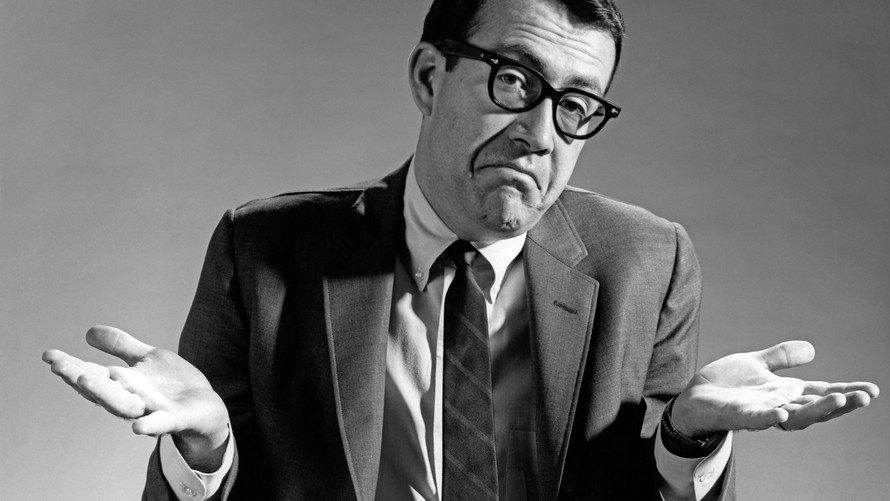 Beating the bond market is far more a matter of luck than skill. That is a surprising and somewhat disturbing statement, since beating the market is widely assumed to be the gold standard for determining whether a manager has ability.

It’s difficult to square that notion with the widely varying percentages of bond mutual fund managers who beat their benchmarks from year to year. In some calendar years this percentage is above 90%, and in other years it is zero.

Either you accept that managers are incredibly able in some years and suddenly inept in subsequent years, or you must conclude that something other than ability is at work.

That something else has a lot to do with whether interest rates have gone up or down over the period in question. Since almost all actively managed bond funds are hedged, even if only slightly, they stand to outperform their benchmarks whenever interest rates rise and bond prices fall. For the same reason, most such funds stand to lag their benchmarks whenever rates fall and bond prices rise.

You might be perplexed by my assertion that almost all actively-managed bond funds are hedged. But think about it this way: Hardly any of them are fully invested, even if their cash allocation is tiny. And it doesn’t take much of an allocation to cash to cause a fund to outperform its benchmark when bonds are falling in price, even if by just a basis point or two. Note that the percentages plotted in the chart below count all funds that have beaten their benchmark, regardless of whether their margin of victory is one basis point or a full percentage point (100 basis points).

You might also object to my equating the direction of interest rates with luck rather than skill. But the dismal track records of almost all bond-market timers suggest the contrary. In fact, according to my Hulbert Financial Digest’s tracking of market timers over the last four decades, bond timers have even more difficulty anticipating the market’s subsequent direction than do stock-market timers. That’s saying something, since hardly any stock-market timers are able to consistently predict the stock market’s direction. 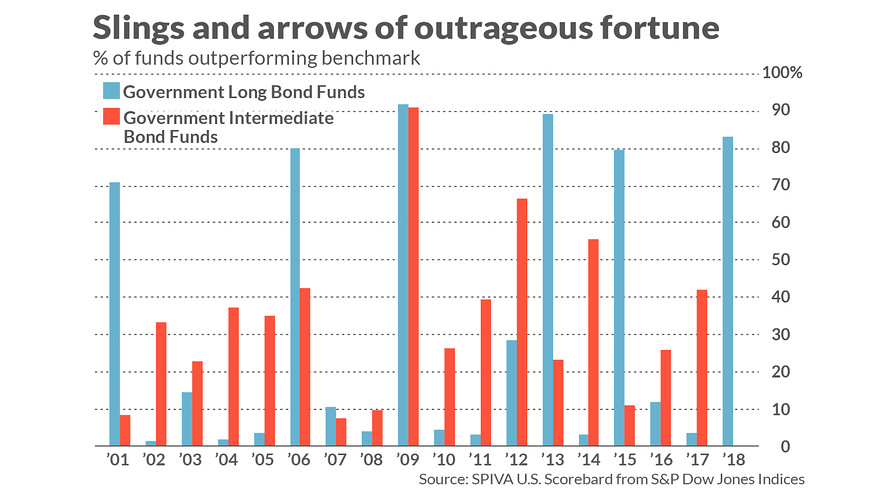 Calendar years 2008 and 2009 provide a textbook illustration of how the direction of interest rates impacts the proportion of funds beating their benchmarks. In 2008, as the Financial Crisis gathered steam, interest rates plummeted, causing bond prices to soar. Sure enough, just 4% of the funds in the “government long bond” category, and 10% of the funds in the “government intermediate term” category beat their benchmarks that year. The data is from the “ Year End SPIVA Scorecard ” from S&P Dow Jones Indices.

To be sure, the direction of interest rates isn’t the only factor impacting the percentage of bond fund managers beating their benchmarks. They also are making bets on different sectors of the bond market, for example, which may or may not do better than those managers’ benchmarks. But, according to my PC’s statistical software, there is a high degree of statistical significance to a simple model that uses the direction of the 10-year Treasury /zigman2/quotes/211347051/realtime BX:TMUBMUSD10Y 0.00%  yield over a given calendar year to predict the percentage of bond funds that beat their benchmarks that year.

Though the chart above focuses on calendar years, the same pattern applies over longer periods as well. During the decade of the 1980s and 1990s, for example, over which the yield on the 10-year Treasury plunged, hardly any actively managed bond funds beat their benchmarks.

The investment implication is clear: When judging bond fund managers, you should try as much as possible to eliminate the role played by the direction of interest rates. And that means judging them over a period for which interest rates ended at close to the same level at which they stood at the beginning.

To illustrate, let’s assume you’re considering investing in intermediate-term Treasury mutual funds. In that case you would want to focus on the 10-year Treasury yield, currently at around 2%. That yield stood at close to the same level in late 2011 and early 2012, so a good option would be ranking bond funds for performance since then.

To be sure, we’re all used to judging performance over periods involving round numbers, such as the past five- or 10 years. So focusing on performance over the last seven-plus years seems odd. But the alternative is to be misled by the data.

Read: This legendary Vanguard fund manager had the right stuff to beat the market

More: Tug-of-war debate over interest rates has to include taxes, inflation