These 5 companies show how to do the first steps right

The focus on racial injustice following the murder of George Floyd, among others, has brought many more supporters to the #BlackLivesMatter Movement. But while many companies are talking about equality, many are missing an important for step — setting tangible goals.

It was only three years ago that many companies made statements in support of the #MeToo movement. But did anything change? Many leaders are diversity and inclusion optimists; they care about the right things — but fail to turn their intention into action.

These five companies are taking the first step in the right direction by setting tangible goals and coming up with strategies to reach those goals. Of course, they still need the follow-through to make it happen. But I have found that when a company publicly states a tangible goal, they are going to do the work to meet it.

1. Clothing retailer Gap (NYS:GPS)  announced via an email to its employees (later posted on its website and online shopping sites) that it is committed to doubling the representation of Black and Latinx employees at all levels in their U.S. offices by 2025. It also intends to increase the number of Black store leaders by 50% by 2025.

2. In a statement on its LinkedIn page, asset management firm BlackRock (NYS:BLK) committed to increasing the number of Black staff by 30% and committed to a 100% increase in Black senior leaders by 2024.

3. In a commentary in Fortune, food, snack and beverage corporation PepsiCo (NAS:PEP) committed to increasing the numbers of Black managers by 30% and adding a minimum of 100 Black executives by 2025.

4. Technology giant, Google (NAS:GOOG)   (NAS:GOOGL)  stated on its blog that it will work to increase the number of “underrepresented groups” in leadership roles by 30% by 2025.

Read: After years of talk, tech companies appear to be getting serious about diversity efforts

Now, how are they going to achieve those goals? Academic research shows these five actions can move the needle on diversity and inclusion.

Training. All of the organizations shared a plan to increase mandatory unconscious bias and equality training. The latest research on unconscious bias training suggests the results are quite mixed. These types of training can elicit backlash and reinforce stereotypes, but when done using research-based techniques and in conjunction with broader diversity efforts, training can be beneficial in at least changing attitudes. All of the companies listed here are doing training; anyone who wants to do it right can read some best practices here .

Recruitment and staffing. When it comes to increasing diversity, staffing is an easy place to start. Improving recruitment efforts , ensuring diverse slates in interviews , and removing bias from selection procedures can all improve diversity outcomes. Not surprisingly, all of the organizations mentioned a focus on hiring. Pepsi, BlackRock, and Estée Lauder specifically mentioned having diverse finalist slates. Estée Lauder added additional numeric goals to their recruitment efforts, planning to double their college recruits of color in the next two years and double their use of diverse external recruiting firms in the next year.

Development and promotion. Most of the organizations also committed to taking action to ensure that underrepresented groups gain greater access to development, sponsorship, mentoring and succession planning. This is important beyond the social justice case; new research shows that having diversity congruence between top and bottom level managers increased company performance.

Google, Pepsi, BlackRock and Estée Lauder all mentioned the importance of developing their current employees to fill the leadership pipeline. BlackRock included ideas like tailored leadership development and sponsorship programs, mentoring programs and job rotations to develop their employees of color. It also added it would ensure “deliberate consideration of senior Black leaders” during succession planning. Estée Lauder made a similar commitment.

Consistent with these intentions, research shows that developmental experiences and advocacy/sponsorship can have a profound impact on the success of underrepresented groups. 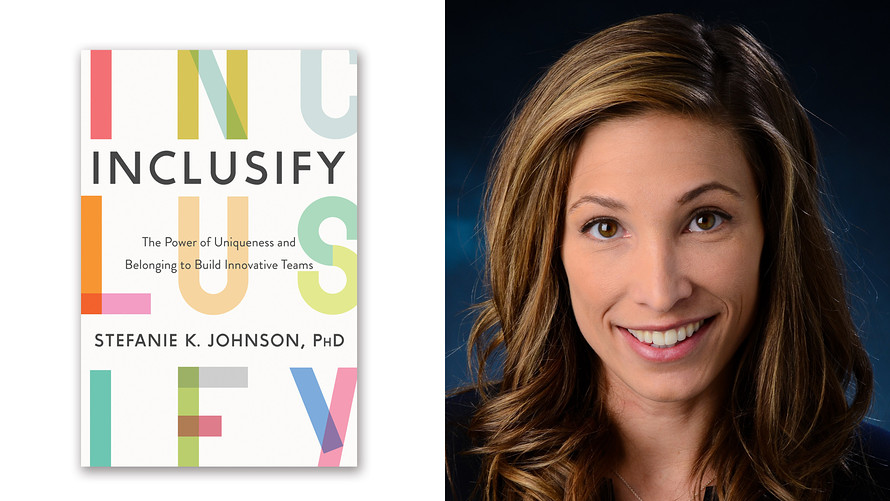 Among the companies included here, only Gap committed to being more transparent about pay disparities. Using an external firm to evaluate its data, the company has shown that it does not have pay disparities by sex or by race in its California headquarters. But it will expand this analysis to all U.S. employees, and it committed to fixing any disparities. It also will release demographic information about employees by race and ethnicity.

Similarly, Estée Lauder committed to holding managers accountable for their employees’ growth and career development, “by ensuring access to skills development, talent planning and conversations about progression within the company.” It will also include performance feedback around diversity in their 360 reviews.

Culture of belonging. Finally, both Google and Gap committed to create a more inclusive culture by focusing on belonging for all employees. Inclusive cultures require a focus on belonging, but also allowing people to belong while still being their true selves. In this moment, we want to focus on improving diversity outcomes, but we also need to ensure that the talent we hire is able to be successful as a result of an inclusive environment or, as research shows , they will simply leave the organization.

Stefanie K. Johnson is an associate professor of management at the University of Colorado Boulder’s Leeds School of Business and was just named to the 2020 Thinkers50 Radar list, which features 30 people whose work will shape the future of how organizations are managed and led. She is the author of the book “Inclusify.” Follow her on Twitter @DrStefJohnson.