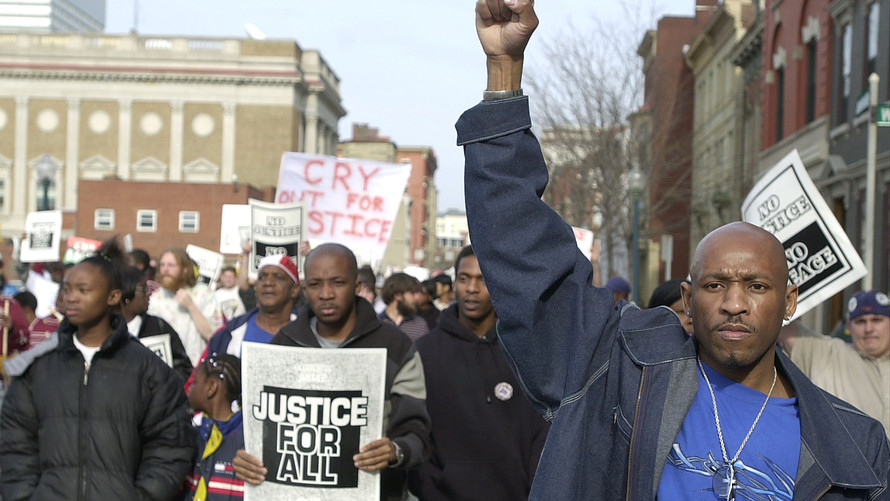 Getty Images
Protested marched in Cincinnati on April 7, 2002, the one-year anniversary of the death of Timothy Thomas, an unarmed 19-year-old African-American youth shot by police.

Over the last several weeks, I have been moved by the sincere protests calling attention to systems that too often bring physical harm to Black Americans. The outpouring of frustration and anguish is heartbreakingly familiar.

In 2001, I was the mayor of Cincinnati when our city erupted in racial unrest over the police-involved killings of two unarmed African American men within the span of six months. The deaths of Roger Owensby Jr. and Timothy Thomas — and the perception that the police department’s policies encouraged racial profiling — led to widespread demands for change.

It was clear we had a problem, and we needed to do something. I asked the U.S. Justice Department to investigate. Meanwhile, when the ACLU and Black United Front filed a lawsuit, Cincinnati City Council voted to mediate rather than litigate.

Those two processes resulted in the Cincinnati Collaborative Agreement , which detailed a comprehensive revision to police policies and practices. Today , it is viewed as a national model for community engagement in policing, and it is a reference for local and state policy makers seeking a way forward from the turmoil we currently face. The keys to solving the crisis now, just as then, are collaboration, transparency and accountability.

The Cincinnati Collaborative Agreement included three main components. The first changed the policies for police use of force and put an emphasis on training officers in de-escalation tactics. Tasers were introduced to decrease the reliance on the use of batons and other physical force, resulting in fewer injuries to suspects as well as police officers. Officers also were trained to understand and identify inherent racial bias.

The second component focused on transparency of police conduct to ensure accountability. The Citizens Complaint Authority (CCA) was established and given concurrent jurisdiction over allegations of serious police misconduct. The subsequent use of body cameras has further contributed to increased transparency of police action.

As part of the third component, bias-free and community-based policing were enacted with the goal of reducing crime and building trust in the community. This approach, through the Cincinnati Initiative to Reduce Violence (CIRV), de-emphasized over-policing of low-level offenses in order to focus on a small number of violent offenders.

Since the introduction of the Collaborative Agreement, total arrests in Cincinnati are down more than 50%, from 47,188 in 2000 to 21,487 in 2019. With the CIRV in place, the most serious crimes (those against people or involving violence) are down 36%. This was all done without a significant increase to the size of the police department or impact to the city’s budget. And the city has maintained generous funding across other services like mental health services, affordable housing and social services while still supporting the Collaborative Agreement programs (including the CCA and CIRV).

Throughout our nation, from small towns to big cities, it is clear we still have a problem. But I am hopeful.

I have seen the positive results that come from listening to those who have anger and pain in their voices. I know from experience that when we come together with a willingness to learn, we can engage in a collaborative process that involves all stakeholders. That collaboration can lead to appropriate, sustainable action that will bring about meaningful change. Then, our communities can begin to heal.

Now read: Black people are up to 6 times more likely to be killed by police, Harvard study says