‘I wasn’t feeling so well. I feel much better now’: Full transcript of Trump’s video address from Walter Reed

With questions surrounding the president’s condition, he told the nation: ‘You don’t know the next period of a few days, I guess that’s the real test’ 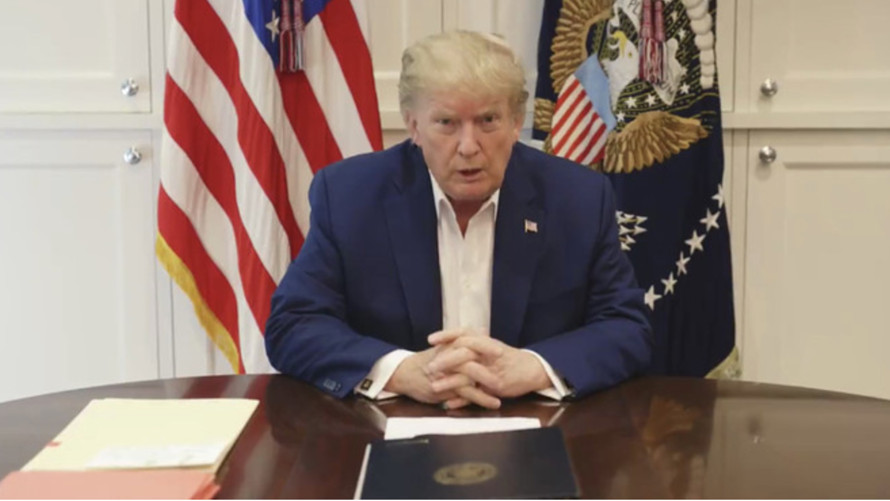 “I came here, I wasn’t feeling so well, I feel much better now. We’re working hard to get me back. I have to get all the way back because we still have to make America great again,” he said on the video released via Twitter /zigman2/quotes/203180645/composite TWTR +2.65% .

Trump, 74, was moved from the White House to Walter Reed medical center late Friday, the same day that he and first lady Melania Trump had tested positive for coronavirus. His medical regimen highlighted how the president is in a high-risk group for more serious illness from COVID-19, the disease caused by SARS-CoV-2, observers say.

Six months into the pandemic, there are precious few treatments available for patients with COVID-19, and if a vaccine becomes available, it’s unlikely to be readily ready until 2021. During a news conference on Sunday, Conley confirmed for the first time that the president had received oxygen support, at least once.

There have been conflicting reports about the president’s health. White House chief of staff Mark Meadows told reporters outside Walter Reed, “We’re still not on a clear path yet to a full recovery,” and said the president went through a “very concerning” period on Friday evening prior to his removal to Walter Reed.

On Saturday, the Navy Commander Dr. Sean Conley, the president’s doctor, said, “At this time, the team and I are extremely happy with the progress the president has made.” Also Saturday, Dr. Sean Dooley, another doctor at Walter Reed, said Trump was no longer on oxygen, and said his cardiac function, liver function and kidney function were all normal. “He’s in exceptionally good spirits.” Dooley said the president told him, “I feel like I could walk out of here today.”

The number of confirmed U.S. coronavirus infections also include first lady Melania, and at least nine others in their circle, including close aide Hope Hicks, with more people expected to test positive from a White House Rose Garden event last weekend announcing the nomination of Amy Coney Barrett as a Supreme Court Justice. That ceremony was attended by more than 200 people with people sitting outside less than six feet apart, and many without masks.

“The positive diagnosis puts the President and many of the nation’s leaders at risk,” said Dr. Ashish Jha, dean of the Brown University School of Public Health, in a statement. “ Already, additional White House staffers and visitors to the White House, have tested positive. What action is taken now and over the next week will determine whether more cases can be avoided or if this will lead to a broader outbreak.” 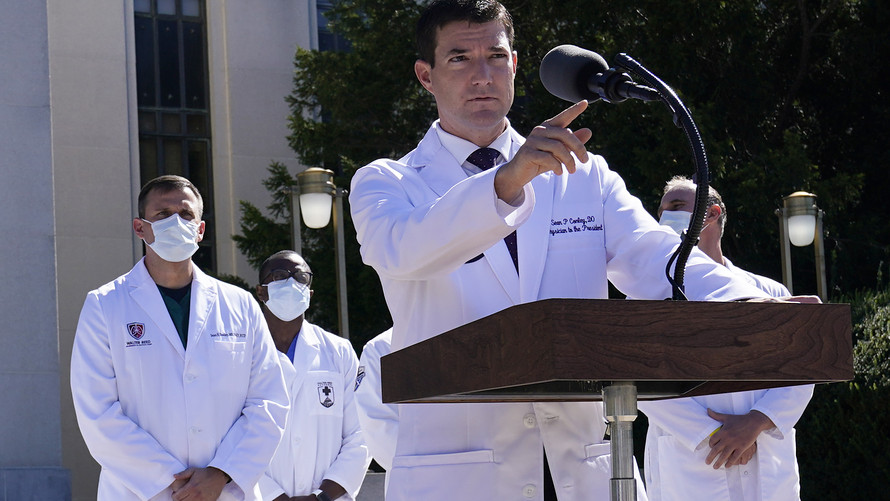 Here is a full transcript of the president’s address from Walter Reed:

“I want to begin by thanking all of the incredible medical professionals, the doctors, the nurses, everybody at Walter Reed Medical Center — I think it’s the finest in the world — for the incredible job they’ve been doing. I came here. I wasn’t feeling so well. I feel much better now.

We’re working hard to get me back. I have to get all the way back because we still have to make America great again.

‘We’re working hard to get me back. I have to get all the way back because we still have to make America great again.’