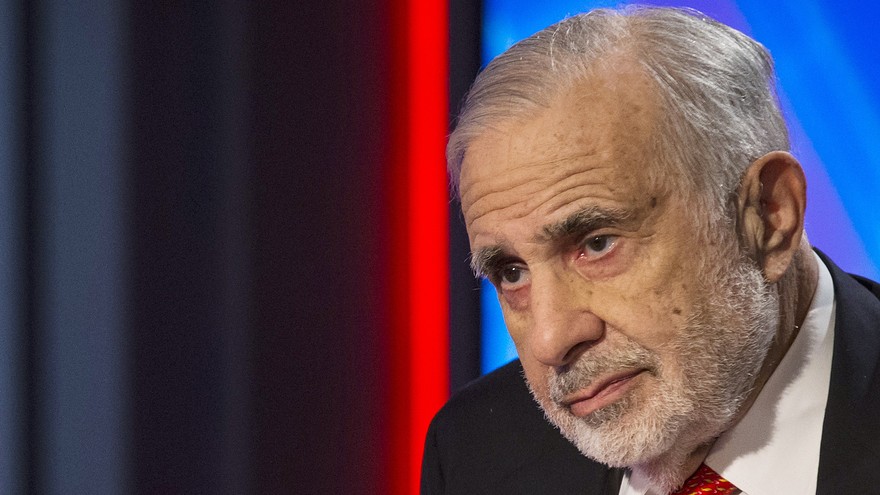 Carl Icahn is worried about U.S. stocks, but it’s junk bonds that really give him the willies.

“What’s even more dangerous than the actual stock market is the high-yield market,” said the billionaire activist investor, speaking on an episode of the show “Wall Street Week” that aired Sunday.

Money keeps pouring into high-yield bond funds, even though that market is “ridiculously high,” Icahn said. “When they start coming down, there is going to be a great run to the exits,” he added. High-yield is the best performer in U.S. fixed-income returns in the year so far.

The billionaire activist investor said he’s “very concerned” about the stock market, and he’s hedged in preparation for a correction. Below are a few other nuggets from his appearance on the show.

Disagrees with Larry Fink on buybacks: From time to time , BlackRock’s /zigman2/quotes/207946232/composite BLK -1.52%  Larry Fink has criticized U.S. companies for overdoing stock buybacks, as well as fretted about activist investors with a short-term focus. The CEO of the world’s largest asset manager has argued that American corporations should focus more on the long term.

Icahn said Fink is right to blast “pump and dump” investors, and such investors aren’t “true activists.” But some chief executives waste money when they try to make long-term investments, Icahn added.

“Certain CEOs shouldn’t be allowed to invest money,” he said. “A lot of them think they can do what they want because of guys like Larry Fink.” Icahn said he can’t remember one time when BlackRock as a shareholder has voted in favor of his campaign against a CEO.

Apple as Secretariat: Icahn likened Apple /zigman2/quotes/202934861/composite AAPL -1.51%  to a horse-racing legend. “Every 50 years you get a company like this, that has everything going for it,” he said. “This is like Secretariat.”

Icahn also managed to talk up his bet on Apple when asked about his regrets. “As much Apple as I bought, I should have bought more,” he said.

Energy still in trouble: Icahn said he thinks the energy sector /zigman2/quotes/206420077/composite XLE -6.90%  is a “problem right now.” He said he thinks it will turnaround in three or four years, but it could get worse in the near term before it gets better, though he hopes not since he’s invested in the sector.

President Obama: Icahn said he thinks some of Obama’s moves have been OK, even as “everybody in the Hamptons hates his guts.”

“I wouldn’t want to see him president again, but I don’t think he’s terrible,” Icahn said.

Not interested in fitting in? Icahn, often labeled a “corporate raider” by critics, also hinted that he’s never given much weight to conforming. Asked how he fit in at Princeton University given his modest Queens roots, Icahn said: “I’ve never been part of the mix of anything.”

Go here to see Icahn’s appearance on “Wall Street Week” in its entirety.