If you’re looking for a commodity to short, look at corn 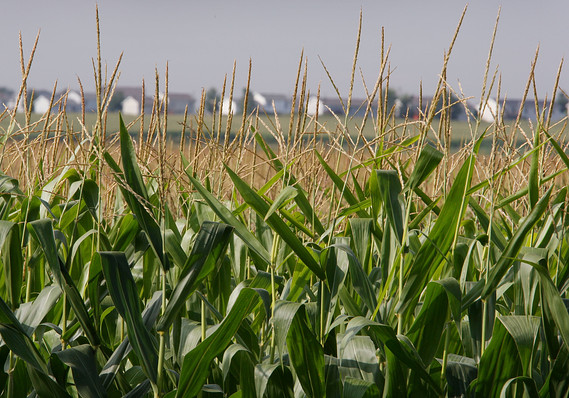 The beginning of June finds farmers in states such as Indiana, Iowa and Illinois finishing up their 2015 corn planting. A typical pattern for corn prices would be for strength to build through planting season as traders’ anxiety ticks up over every planting delay or weather report. Then, once a premium has been built, planting finishes. Now with the crop in the ground, planting anxiety eases and prices tend to weaken. (See Chart Below) 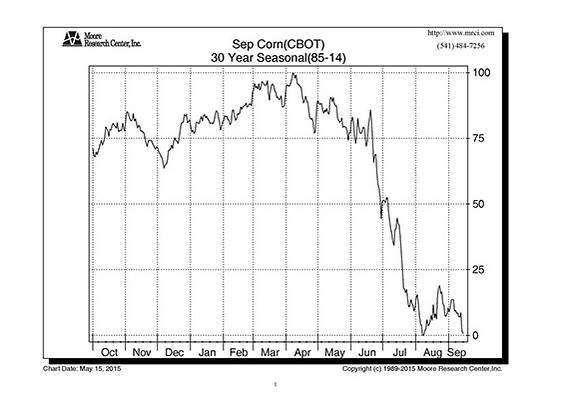 That hasn't happened this year. Corn prices have instead grown weaker through the Spring planting season. 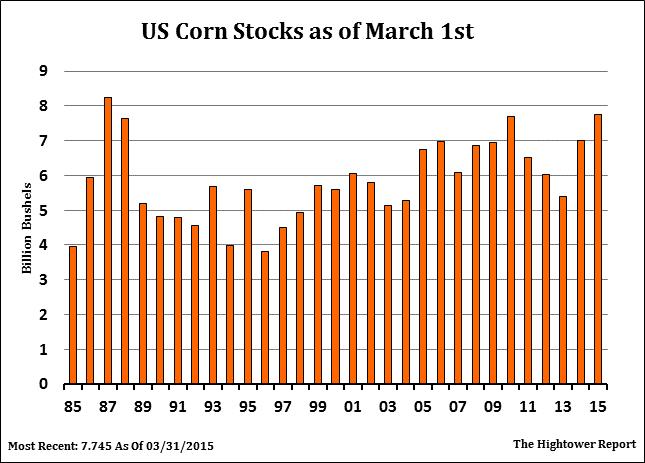 US Corn Stocks are at a 28 year high

This has led to corn prices not only not rallying in the Spring, but weakening . 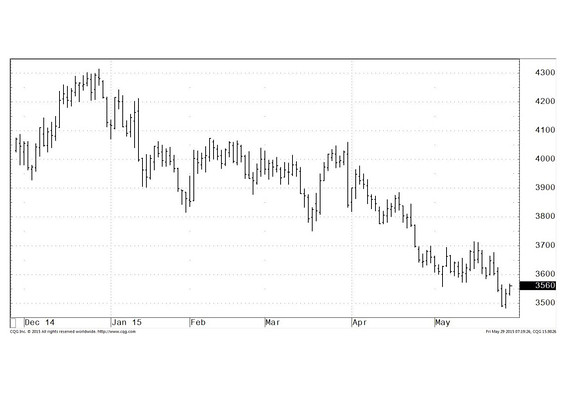 Corn prices have been declining from December through May

Those looking to buy corn at today's lower price levels may want to think again. Corn fundamentals are not getting any better.

The US is expected to plant 89.2 million acres of corn this year. This is a slight drop from 2014's 90.6 million acres, but still enough to yield an impressive crop should average yields come to pass. Last year's ideal growing conditions saw an acre of corn produce 171 bushels of corn.

The USDA has assumed a more "normal" yield this year of 166.8 bushels per acre. Assuming this is realized; Ending stocks for the 2015/16 crop will have a good chance of approaching this years whopping 1.851 billion bushels — the highest in nearly a decade. 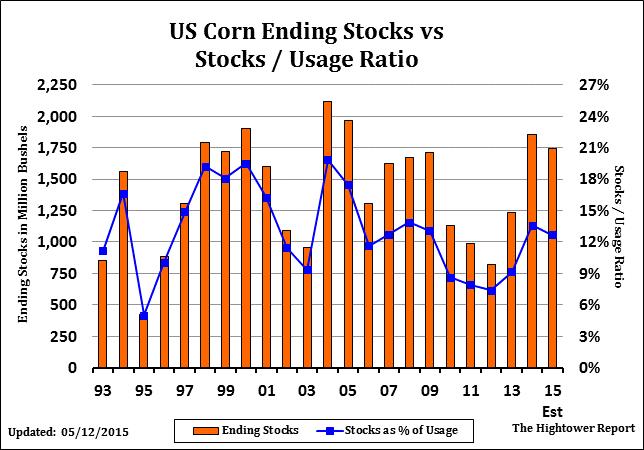 Even average corn yields this year would make 2016 ending stocks the second highest in a decade.

While daily prices will ebb and flow, we feel the corn market is unlikely to mount a significant longer-term rally with this kind of burdensome supply pressing down on it.

Think of yourself sitting on the ground and Hulk Hogan sitting on your shoulders. Do you think you could stand up? Probably, but you're going to need one heck of a reason to do so.

Corn has the hulk of supply on its shoulders right now — and we don't see a reason strong enough to counteract that weight any time soon.

The situation, of course, could change. There are two factors that could alter corn fundamentals either in favor of the bulls or the bears.

With burdensome old crop stocks on hand, a fast start to the growing season and projections for another big crop in 2015, supply-side fundamentals seem to be heavily in favor of the bears. A significant weather event this summer could change that — but there are no signs of such an event thus far. In reality, crop-damaging weather, while always a possibility, is uncommon.

While OptionSellers.com favors various call-selling strategies for our private clients, futures traders can look to short rallies in corn this month. The corn market is currently oversold and a limited rally, short-covering or otherwise (ie: media driven), could be an opportunity for entry.

A weather rally later in the summer could be an opportunity for building positions in the further out December contract .Corn is most susceptible to weather during pollination in late July.