I’m with Stan Druckenmiller — gold has every reason to rise

Negative interest rates, the Fed’s quantitative easing and a race to devalue global currencies are bullish for gold 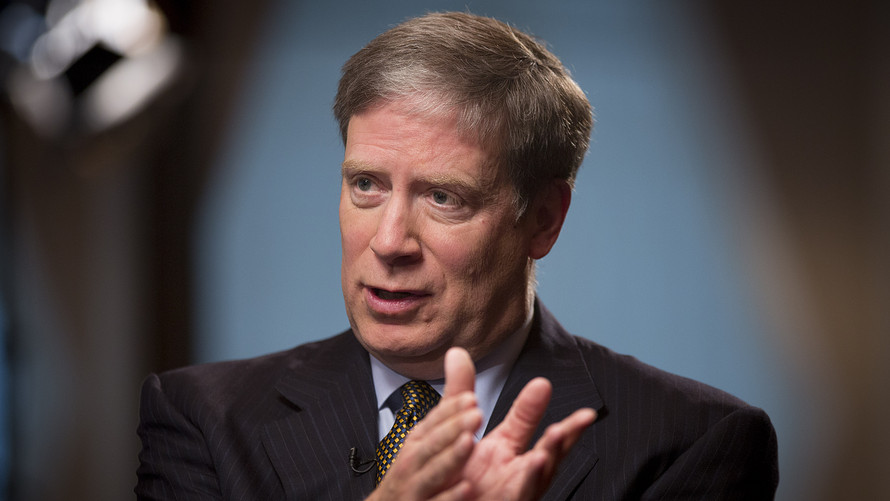 I've met hedge fund manager Stan Druckenmiller a couple times, the first time about 15 years ago when he spoke at a Robin Hood charity event.

He's made billions of dollars investing money for George Soros and his own clients in the hedge fund he ran for 20 years. I ran across his name over the weekend, as some of you might have, in must-read articles after his appearance at the annual Sohn Conference in New York.

Druckenmiller was wildly bullish on gold and bearish on the stock market. He also was concerned about corporate debt and the Fed's endless easy-money policies.

My own analysis and writings reflect much of what Druckenmiller is talking about with gold, stocks, the U.S. Federal Reserve, corporate debt/financial engineering. The question is one of timing, though. Many of the reasons behind his, and my, analysis have been true for the past five years. So another five years of Fed-enabled corporate debt/financial engineering games isn't out of the question, is it?

I am writing up a new report about the short- and long-term outlook for gold, which is obviously related to all of the same topics that Druckenmiller is highlighting. Long-story short: While I question the timing of a stock market crash, all signs do point toward a higher price for gold, both in the near term and my lifetime, during which I expect a five- to 10-fold increase in price. Negative interest rates, more of the Fed’s quantitative easing (QE) and a race to devalue every major currency in the world are quite bullish for gold. The timing of all those things are affecting the gold market right now.

I found this comment from @LunaticTrader to be very insightful on this same topic: "Instead of 'risk-free return,' bonds now offer 'return-free risk.' I wouldn't know why anybody would want to touch bonds with the proverbial 10-foot pole when interest rates are zero (if not negative). But I don't see that as a reason to get out of stocks, on the contrary. The value of know-how remains, even if we may pay with seashells, bitcoins or gold 10 years down the road.”

He continues : "Let's also not forget Zimbabwe in 1997. After years of money printing (QE), their currency and bond market started going down the drain. But this is how their stock market did: Stocks retained at least some value (and many of those companies still exist), while cash and bonds became worthless."

The point that Lunie, as I like to call him, is making is that some of the same pressures that are likely to cause currencies to crash can actually be a tailwind for stock markets. And that is exactly the point I've been underscoring for the past five years as I've outlined how the market was set up to go into another bubble even as the current trajectory of our financial system, economy and political system is unsustainable for the long run.

Gold is a different story. Whether it's Trump, Clinton or anybody else in the White House, these trillions of dollars of economic movement and debt and financial engineering from governments and corporations and wars and starvation and natural disasters and the risk of our Internet/electrical/defense networks failing and so on ... the fundamentals can't be undone now.

I'll finish by reminding you that we learned in 2008's financial crisis that paper promises from banks aren't worth the paper they're written on when the crap hits the fan. So if you're using GLD or SLV or other paper promise precious metal ETFs as a hedge against economic/financial crises, then it sort of defeats the purpose of using precious metals as a hedge against black swans or other crises.