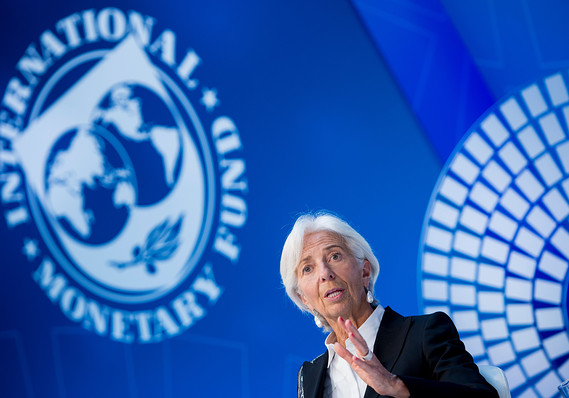 The global economy has lost momentum but will avoid a recession given the “more patient” Federal Reserve and stimulus from China, said IMF Managing Director Christine Lagarde, on Tuesday.

While 70% of the global economy will experience a downturn this year, “we do not see a recession in the near term. In fact, we expect some pickup in growth in the second half of 2019 and into 2020,” Lagarde said, in a speech to the U.S. Chamber of Commerce.

The expected rebound is “precarious,” Lagarde warned, and vulnerable to risks such as Brexit, high debt levels, and trade tensions. At the moment, the slowdown is “across the board,” she noted, including wealthy and emerging countries.

A sharper-than-expected tightening of financial conditions is another risk, the IMF chief said.

Eric LeCompte, executive director of Jubilee USA, said he thought the undercurrent of Lagarde’s speech was “heightening concern for economic stability and growth.”

In her speech, Largarde warned again that there would be no winners in a trade war between the U.S. and China.

She said if tariffs on all goods traded between the two countries went up by 25 percentage points, that alone would reduce U.S. annual gross domestic product by up to 0.6% and China annual GDP by up to 1.5%.