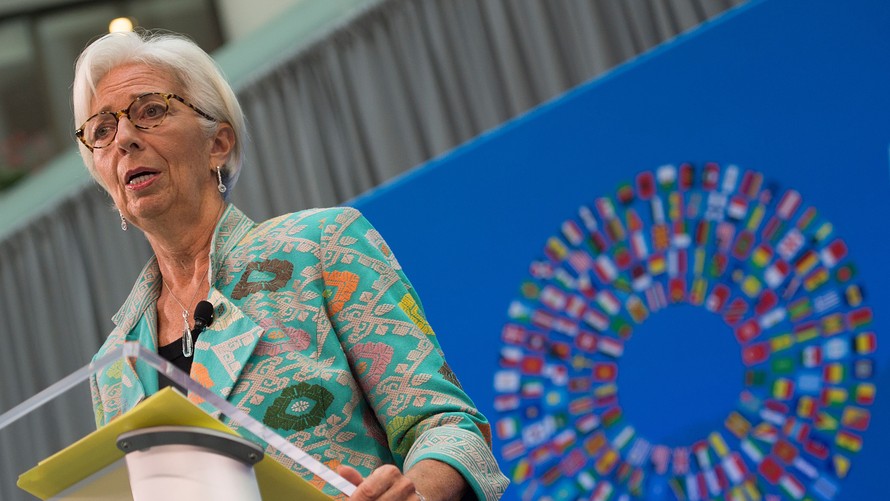 International Monetary Fund chief Christine Lagarde delivered a warning on global growth, saying there are signs major economies such as the U.S. have ”plateaued.”

Lagarde, in part, blamed global trade woes for the slowdown.

“For most countries, it has become more difficult to deliver on the promise of greater prosperity, because the global economic weather is beginning to change,” she said, in prepared remarks for a speech in Washington, D.C. on Monday.

“A year ago, I said, “the sun is shining—fix the roof.” Six months ago, I pointed to clouds of risk on the horizon. Today, some of those risks have begun to materialize,” she said, adding that growth is becoming “less synchronized” with fewer countries taking part in the expansion.

Lagarde said while the IMF forecast 3.9% global growth for 2018 and 2019, a “less bright” outlook will be reflected in updated forecasts due next week.

She placed much of the blame for this weaker outlook on “rhetoric that is morphing into a new reality of actual trade barriers.” Uncertainty about global trade is also hitting investment and manufacturing, she said.

Across emerging markets, she noted “indicators of moderation in China, which will be exacerbated by the trade disputes.

She also warned that some emerging economies will face additional pressure from tighter financial market conditions and a stronger dollar.

Lagarde said growing global debt — in emerging and developed economies — has reached an all-time high of $82 trillion, nearly 60% higher than 2007. The buildup of debt means governments and companies are more vulnerable to “a tightening of financial conditions,” she said.

And she cautioned over “market corrections, sharp exchange rate movements, and further weakening of capital flows.” She added that emerging markets excluding China could face debt portfolio outflows of up to $100 billion. That number, she said, would largely match outflows seen during the global financial crisis.