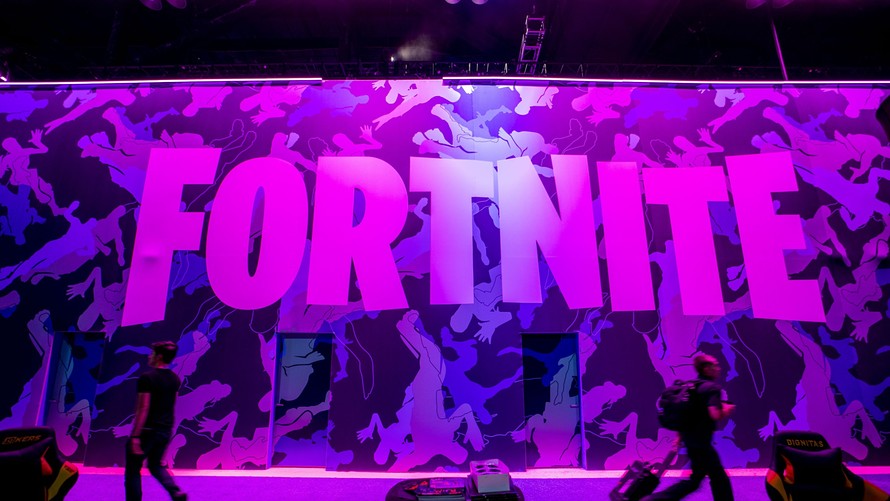 Bloomberg News
”Fortnite” is a popular videogame in which players can fight each other online in a “Battle Royale” mode.

The maker of “Fortnite” has launched a Battle Royale against Apple Inc. and Alphabet Inc., filing lawsuits against the two tech giants that claim they illegally exploit a monopoly on app and in-app purchases.

Apple and Google take up to 30% of all purchases in their app stores, and Apple’s approach to its app ecosystem has recently faced antitrust heat from the U.S. government. In the first lawsuit filed Thursday, against Apple, Epic said it would seek “to end Apple’s unfair and anticompetitive actions that Apple undertakes to unlawfully maintain its monopoly.”

The game maker came prepared for a fight, debuting a video that spoofs Apple’s classic 1984 advertisement , which urged customers to oppose conformity and prevent International Business Machines Inc. /zigman2/quotes/203856914/composite IBM +2.07%  from dominating the computer market. Back then, Apple warned that without a change, the year 1984 could mirror George Orwell’s dystopian “1984” novel; Epic Games cautions in its ad that 2020 could come to embody “1984” as well.

Apple is worth nearly $2 trillion thanks to the money it collects from the iPhone and the apps and services that are delivered through it. Fortnite had racked up $1 billion in player spending on Apple iOS devices alone through mid-May, according to mobile-app research company Sensor Tower, which would suggest Apple received hundreds of millions of dollars from the hit videogame.

For more: Apple and Facebook could be most vulnerable among the antitrust suspects

Evercore ISI analyst Amit Daryanani said in a note to clients late Thursday that Apple collects an estimated $30 million monthly from Fortnite. The company generated $13.2 billion last quarter in revenue for its services segment, which includes the App Store. He expects the legal battle to be “a multi-year process that is appealed at every level of the U.S. court system.”

Epic has long tried to avoid paying such fees, previously selling an Android app through its own game store to avoid Android’s Play Store. Epic eventually did put “Fortnite” on the Play Store, but Google booted it late Thursday for the same reason as Apple, and Epic filed a similar lawsuit later in the evening.

“Google has eliminated competition in the distribution of Android apps using myriad contractual and technical barriers,” Epic said in making a similar legal argument that it did about Apple’s control of the iOS ecosystem.

Those with Android devices will still be able to play the game by downloading it through Epic’s own app store, but they won’t be able to play through the official store offered by Google “because it violates our policies,” according to an emailed statement from Google.

Epic says on its website that players who’ve already downloaded “Fortnite” to their Apple mobile devices “should have no issues continuing to play Chapter 2 - Season 3’s 13.40 update.” Once the new season begins, Epic expects that players will be able to play the older content but not access new material.

An Apple spokesperson said in a statement that Epic Games introduced the feature without the company’s approval and did so “with the express intent of violating the App Store guidelines regarding in-app payments.”

The statement also said that Apple will “make every effort to work with Epic to resolve these violations so they can return ‘Fortnite’ to the App Store.”

An Epic spokeswoman confirmed the suit in an email to MarketWatch.

As part of its blitz against Apple, the company has launched a page on its website with the tagline “#FreeFortnite” that tells customers to use that hashtag in support of Epic by engaging with the App Store’s official Twitter account. The hashtag was trending on Twitter within an hour of the site’s launch.

Apple’s fee policies around the App Store have come under increased scrutiny from both developers and regulators recently. Big developers including Spotify Technology SA /zigman2/quotes/207488629/composite SPOT -0.48%  have looked for ways to avoid paying Apple a cut of subscription fees, and the developers of Hey, a new email app, publicly battled with Apple in June after the email service rolled out its app without an option to buy subscriptions from within the app. Apple and Hey’s developers eventually reached a compromise.

Regulators and lawmakers in the U.S. and Europe have also questioned the company’s App Store policies and whether they stifle competition.

Epic argues in its complaint that Apple “harms app developers’ relationship with their customers” through its mandatory involvement in all transactions since customers “often blame Epic” for problems related to payments. “In addition, Apple is able to obtain information concerning Epic’s transactions with its own customers, even when Epic and its own customers would prefer not to share their information with Apple,” the complaint said.

Apple shares rose 1.8% Thursday and have gained more than 50% in the past three months as the Dow Jones Industrial Average /zigman2/quotes/210598065/realtime DJIA +1.35%  , which counts Apple as a component, has added 20%. Shares declined 0.1% in after-hours trading. Alphabet’s Class A shares rose 0.7% in after-hours trading, and are up 12% over the past three months.

Jeremy Owens is MarketWatch’s technology editor and San Francisco bureau chief. You can follow him on Twitter @jowens510. Emily Bary is a MarketWatch reporter based in New York.