In key Senate races, Democrats have fundraising advantage over Republicans 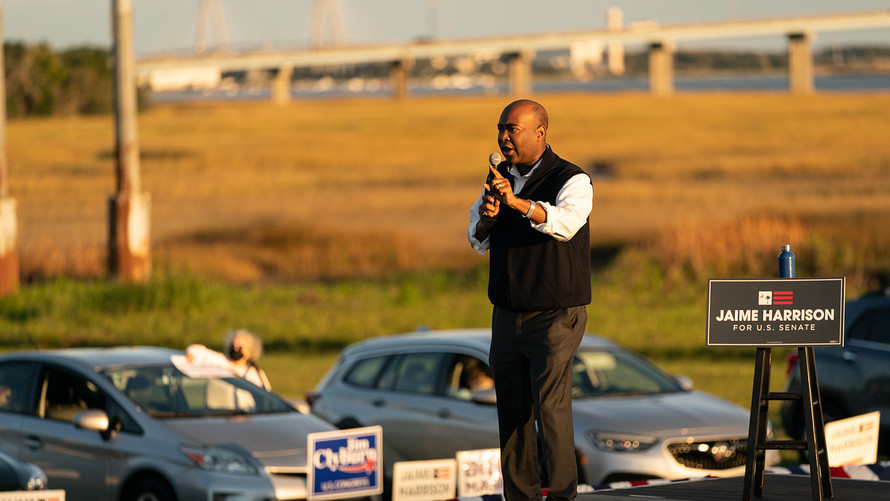 If Democrats take control of the Senate in this year’s election, it won’t have been all about fundraising — but big bucks will have helped.

Democratic candidates have an advantage in total money raised in the 16 Senate races that were rated as competitive by the nonpartisan Cook Political Report as of Friday. Their principal campaign committees and joint fundraising committees with their party have combined to rake in about $734 million, ahead of the $426 million brought in by Republican candidates and their affiliates.

Related: Here are the 16 Senate races to watch, as Democrats battle to take control from Republicans

As shown in the chart below, Republicans have out-raised their opponents in just two out of the 16 contests — in a three-way fight in Georgia and in Texas. In that special election in Georgia, two Republican rivals have combined to raise $34.58 million, with Sen. Kelly Loeffler (who is largely self-funding her campaign) getting $28.25 million and Rep. Doug Collins scoring $6.33 million.

To be sure, a lead in the money race doesn’t necessarily turn a candidate into the favorite to win an election.

Democrat Amy McGrath, who is challenging Senate Majority Leader Mitch McConnell in Kentucky, has just a 4% chance of winning in FiveThirtyEight’s forecasts , even after her campaign raised $90 million vs. the GOP incumbent’s $51 million.

Similarly, Democratic Sen. Doug Jones of Alabama is only given a 13% chance of victory , though the incumbent has raked in about $27 million, well above the $8 million brought in by his Republican challenger Tommy Tuberville, the former Auburn University football coach.

Republicans currently have 53 seats in the Senate, so Democrats need a net gain of four seats to take control of the chamber — or just three if Joe Biden defeats President Donald Trump in the White House race, because a Democratic vice president, Kamala Harris, would cast tie-breaking votes.

Plus: The prospect of a Democratic sweep is rattling a sleepy U.S. bond market

Overall spending in this year’s election will approach $14 billion , blowing away past records, according to the latest estimates from the Center for Responsive Politics.

Here's how much your vote actually costs

Billions are spent on presidential campaigns, from TV ads to slogan swag. Here's how much candidates will pay to get your vote.