In search of the perfect hedge for your retirement investments

How well does the Permanent Portfolio do in different market environments? 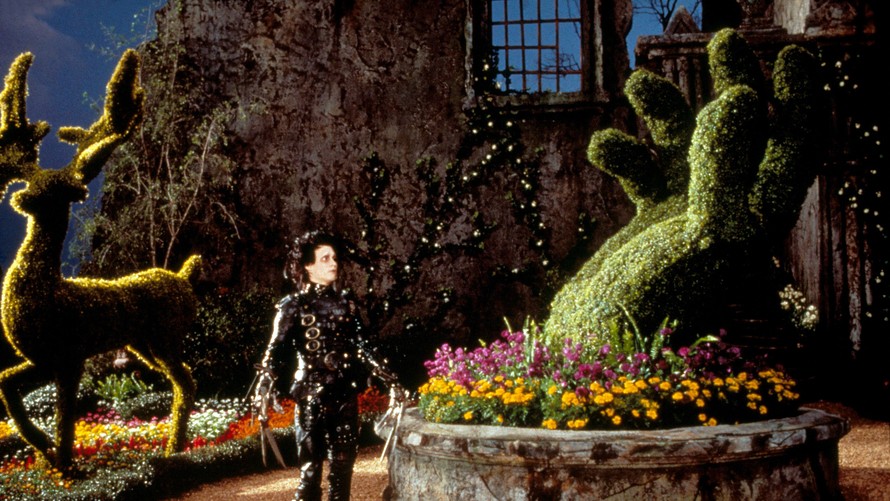 Would you interested in a strategy that appreciates regardless of how the markets perform?

Of course you would. Such a strategy represents the Holy Grail of retirement investing, allowing retirees to immunize themselves from the various asset classes’ bear markets.

But does such a strategy exist in more than our imaginations? In this column I focus on the Permanent Portfolio Fund /zigman2/quotes/205061618/realtime PRPFX -1.32% , which many have argued comes close to being this Holy Grail. Its website says the fund “seeks to preserve and increase the purchasing power value of each shareholder’s account over the long-term, regardless of current or future market conditions.”

PRPFX aims to achieve this impressive goal by maintaining relatively fixed allocations to each of several major asset classes: 25% in gold and silver, 20% in U.S. stocks, 25% in U.S. bonds, 10% in Swiss Franc assets, and 20% in real estate and natural resource stocks. The fund, created in the 1980s, was the brainchild of the late Harry Browne, then the editor of a newsletter called Harry Browne’s Special Reports. In 1996 and 2000, Browne was the Libertarian Party’s candidate for president.

How has the fund performed? Since 1986, as you can see from the accompanying chart, it has handily beaten gold, only slightly beaten bonds, and significantly lagged behind the stock market. For the stock market, I focused on the Wilshire 5000’s total return index /zigman2/quotes/211296692/delayed XX:W5000 -0.47% ; for bonds I chained together the Lehman Treasury Index and the Bloomberg Barclays US Treasury Total Return ; and for gold I focused on the London market’s PM fixing price.

It’s hard to know, from the 35,000 foot vantage point of this chart, how good the PRPFX’s performance really is, since coming out in the middle is to be expected—better than some of the asset classes and worse than others. 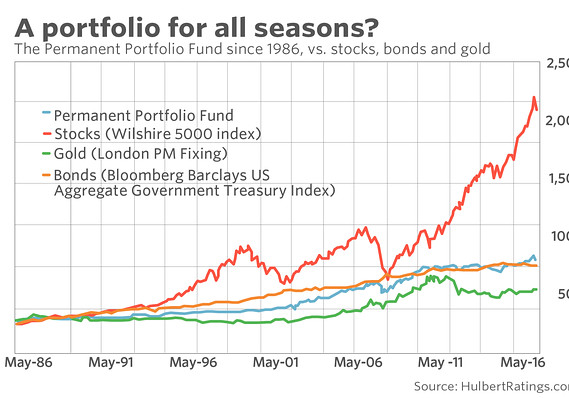 We obviously need to dig deeper.

The first step is to adjust these various returns for risk, since PRPFX is constructed to be lower risk than alternative asset classes. I use the Sharpe ratio to measure risk-adjusted performance, which divides return above the T-bill rate by volatility (as measured by the standard deviation). The table below lists the monthly Sharpe Ratios for PRPFX and the several asset classes since May 1986:

It is discouraging that PRPFX came out behind both stocks and bonds on a risk-adjusted basis, since it means that regardless of whether you are a conservative investor or an aggressive trader, you could have made more money with stocks and bonds than with PRPFX.

Consider first the stock market, which as you can see from the chart was almost twice as risky as PRPFX over the last three decades. You could have created a stock portfolio that was no more risky than PRPFX by allocating about half of it to cash and the other half to stocks. Equities’ higher Sharpe ratio means that this conservative stock-plus-cash portfolio would have made more money than PRPFX—without any increase in volatility-based risk.

The same goes for bonds, which case you can see were almost half as volatile as PRPFX. To match PRPFX’s volatility, you could have bought a bond index fund on sufficient margin. If you had done that over the last three decades, you also would have outperformed PRPFX.