Bank of Korea makes move amid trade dispute with Japan 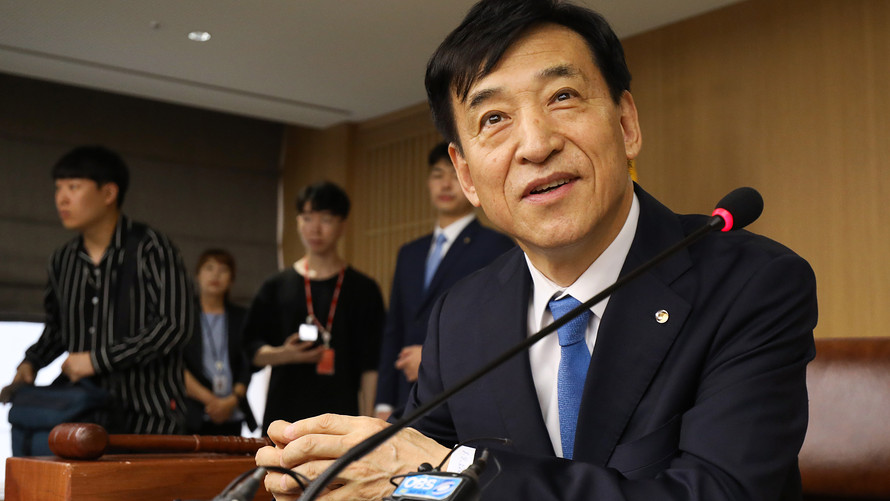 SEOUL, South Korea — South Korea’s central bank on Thursday cut its policy rate for the first time in three years to combat a faltering economy that faces further risks from a heated trade dispute with Japan.

The Bank of Korea lowered the key interest rate by a quarter percentage point to 1.50% following a meeting of its monetary policy committee, which also cut its growth forecast for the country’s economy this year from 2.5% to just above 2%.

The bank cited slowing exports and domestic investment as well as volatility in financial markets caused by the ongoing U.S.-China trade dispute and Japanese curbs on certain technology exports to South Korea. The bank had hiked the rate by 0.25% points in November and last lowered borrowing costs in June 2016.

The bank said it will “carefully monitor developments such as the U.S.-China trade dispute, Japan’s export restrictions, any changes in the economies and monetary policies of major countries ... and geopolitical risks, while examining their effects on domestic growth and inflation.”

The move comes amid an escalating row between South Korea and Japan over Tokyo’s move to tighten controls on the exports of photoresists and other sensitive chemicals to South Korean companies that use them to produce semiconductors and display screens for smartphones and TVs.

South Korea says the Japanese trade curbs could hurt its export-dependent economy and disrupt global supply chains, and plans to file a complaint with the World Trade Organization.