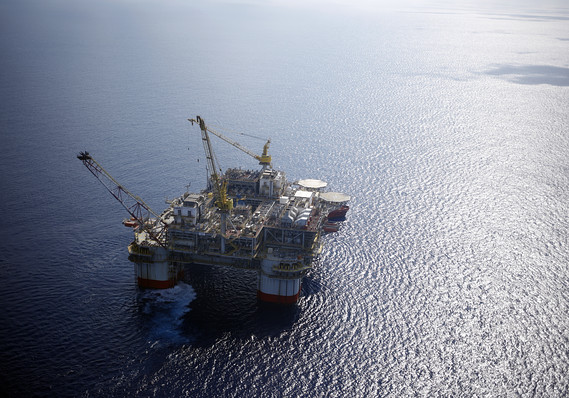 The numbers: Industrial production fell 0.2% in July, the second drop in the past four months, the Federal Reserve reported Thursday.

Wall Street economists had forecast a 0.2% gain, according to a MarketWatch survey.

June output was revised to a 0.2% gain from the initial reading of flat activity, but output in April and May was revised down slightly.

Industrial output is only up 0.5% on a year-on-year basis. 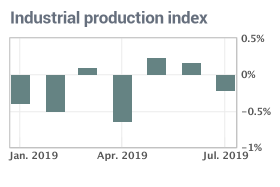 What happened: The gloom of the headline might be overstated as oil /zigman2/quotes/211629951/delayed CL.1 +0.92%  production in the Gulf of Mexico suffered a “sharp but temporary” decline due to Hurricane Barry. This pushed mining output down 1.8% in July. Utilities jumped 3.1% in July on hotter than normal summer weather.

Manufacturing fell 0.4% in July, with broad based declines across durable and non-durable good sectors. The only sizable gains were in aerospace and miscellaneous transportation equipment. Auto production slipped 0.2% after a 2.5% gain in June.

Capacity utilization fell to 77.5% in July, the lowest rate since October 2017. The capacity utilization rate reflects the limits to operating the nation’s factories, mines and utilities. It’s still below pre-2008 recession levels, above 80%, that could fan production costs and prices.

Big picture: The factory sector is in a technical recession, with output suffering small declines for the past two quarters. The July data do not point to any quick recovery. Renewed trade tension with China is not expected to help. For now, the consumer is the engine of U.S. economic growth.

What are they saying? “Manufacturing is in recession, but not in meltdown,” said Ian Shepherdson, chief economist at Pantheon Macroeconomics.

Market reaction: Stocks were higher in early trading after the Dow Jones Industrial Average /zigman2/quotes/210598065/realtime DJIA +0.17%   fell 800 points on Wednesday, its largest drop of the year, on heightened recession fears.