Factory output ex-aircraft up 0.3% in the month 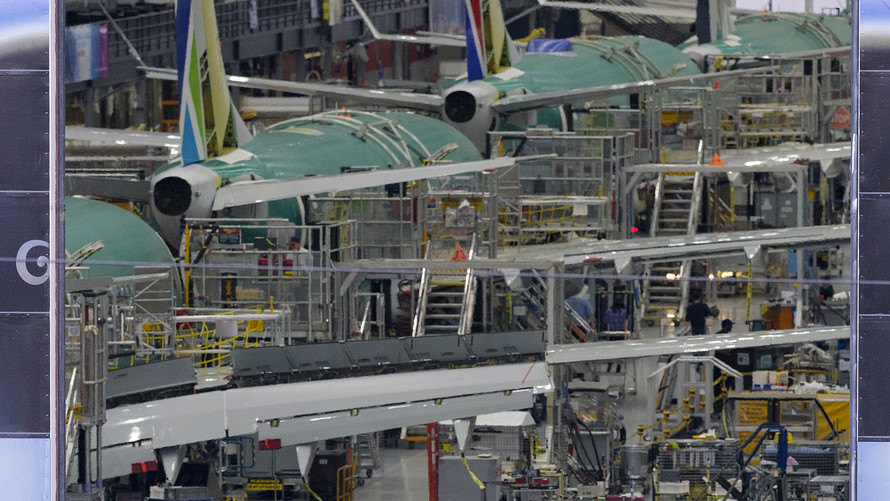 Getty Images
A 737 MAX production line inside the Boeing factory is seen in Renton, Washington. The company announced in December it was suspending production of the plane, which has been grounded since early 2019 after two crashes.

The numbers: Industrial production fell 0.3% in January, marking the fourth decline in the past five months, the Federal Reserve reported Friday.

The drop in January was in line with Wall Street expectations.

Production of autos and parts rose 2.4% in January, a partial rebound from a 5.1% decline in the prior month. Utilities production fell 4% in January, because of the warm weather.

Capacity utilization fell to 76.8% in January, the lowest rate since September 2017. The capacity utilization rate reflects the limits to operating the nation’s factories, mines and utilities. It is well below prerecession levels.

Big picture: Manufacturing continues to struggle, with Boeing’s woes only the latest in a long series of headwinds, including trade tension, the strong dollar and business uncertainty. However, the closely watched ISM factory index rose over the break-even 50 level for the first time in five months in January. This has raised hopes the sector could show some resilience in coming months.

What are they saying? “Looking ahead, the supply chain challenges posed by the coronavirus and Boeing production halt will combine with the steadfast headwinds from weak global growth and protectionist trade policies to prevent a resuscitation of manufacturing activity,” said Oren Klachkin, an economist at Oxford Economics.