Industrial stocks have led the stock-market recovery, but their shine is fading

Industrials are currently the weakest overbought industry group in the market, says analyst 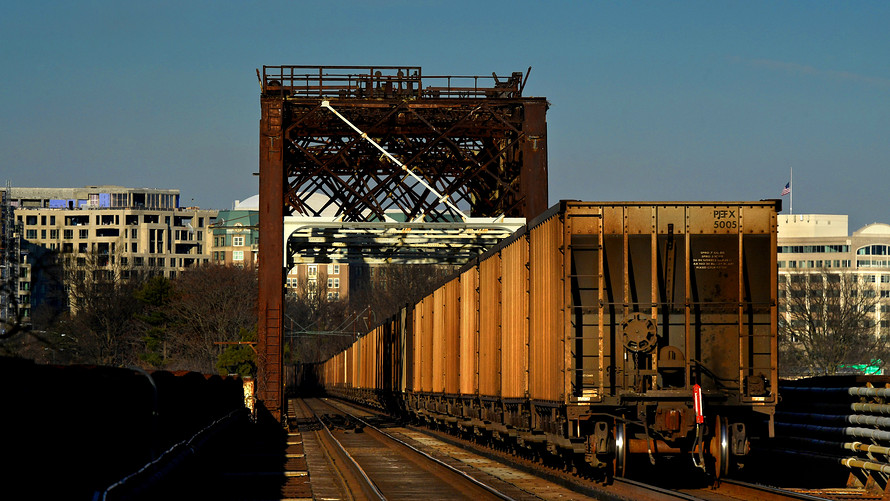 Getty Images
A bridge used by the CSX freight line

There’s little denying that the industrials sector powered the stock market’s breathtaking recovery from its lows on Christmas Eve — the group has outpaced the second best performing sector, technology, by more than 3 percentage points.

But analysts and investors interviewed by MarketWatch warn that industrial stocks’ best days may be behind them, especially if U.S. efforts to come to a trade deal with China drag on past the end of March.

There may already be a leadership change underway, as industrial stocks have trailed technology stocks in February, rising 6.6% versus technology’s 7.2% rise.

Brad Sorensen, managing director of market and sector analysis at Charles Schwab, told MarketWatch that industrial stocks’ rise “has gone too far, in part because the market is overly optimistic as to what the China trade deal will be.”

Industrial stocks are particularly vulnerable to trade disputes, because many stocks in that basket, like Caterpillar (NYS:CAT)   and 3M (NYS:MMM)  , receive roughly 60% of their revenue from overseas.

“Even if we do get a trade deal, with global growth slowing I’m not sure that the deal will overcome that,” Sorensen added, arguing that recent PMI data out of China indicate that the world’s second-largest economy is continuing to struggle.

Mike Bailey, director of research at FBB Capital Partners, agreed with Sorensen’s analysis, telling MarketWatch that his firm is trimming its interest in many industrial names, precisely over fears of slowing global growth. “We are worried about a recession next year, and because industrials are a classic pro-cyclical group, we are moving away from that.”

There are also technical arguments against the industrial sector, with Jeff DeGraff of Renaissance Macro Research arguing out in a Thursday note to clients that industrial stocks are “currently the weakest overbought industry group in the market, and are starting to see a drop in momentum that has developed off the Dec. lows.” 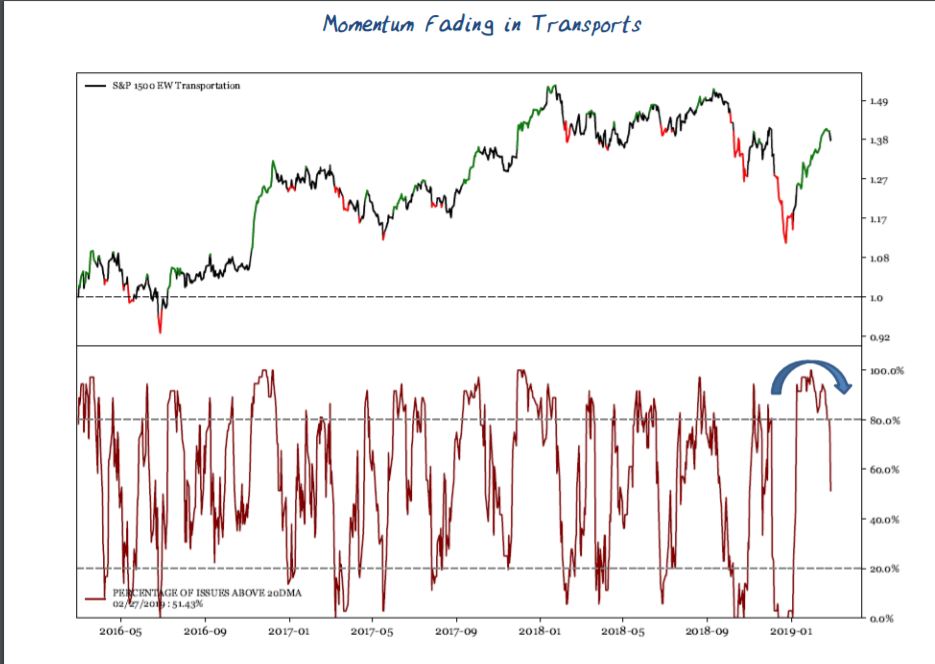 “The percentage of issues above the 20-day moving average have dropped from 100% to just over 50% and the net 20-day highs to lows are now negative,” DeGraff added.

To be sure, there are arguments that industrials could keep up their current pace of growth, at least in the short term. Tom Essaye, president of the Sevens Report, said that investor optimism toward a U.S.-China trade deal, as well as the belief that global growth will stabilize, “have underpinned the entire outperformance,” of industrial stocks since late December.

He said that the market in general, and industrial stocks in particular, have been consolidating gains this week because of worries that global growth isn’t, in fact, stabilizing, and because of comments from administration officials that the U.S. and China remain far apart on a comprehensive deal to lower trade barriers.

That said, Essaye argued that there is a distinct possibility that some sort of interim agreement with China could be made that provides more certainty or removes at least some of the tariffs put in place in recent years. Another possibility investors must consider is that the Chinese government aggressively stimulates its economy, leading to a stabilization of growth that could extend industrials outperformance for months to come.

“Everyone is motivated to get a trade deal at this point,’ he said, and if a significant pact is reached, ‘industrials can continue to outperform.”

Whether you believe industrials are running out of steam, or will be able to maintain market leadership for many more months to come, it is wise for investors to be more strategic within the sector. Bailey said his firm has been adding to its interest in military defense and aerospace companies, “which are industrial, but they are countercyclical,” given that governments are a reliable customer even during recessions.

Sorensen advises investors to favor health care stocks, both because the sector sports health balance sheets and attractive dividend yields, and because he predicts health care spending will only accelerate as the U.S. population ages. Meanwhile, “On the demand side, some of these stocks have been overly punished for fear that Democrats in Congress will someone put damaging regulations on the industry,” he said. “We think that’s overblown.”