U.S. chip giant steps up efforts in the smartphone arena

LONDON (MarketWatch) -- In an effort to bolster its position in the smartphone market, Intel Corp. has agreed to buy the wireless business of German chip maker Infineon Technologies AG for about $1.4 billion in cash, the companies said Monday.

The acquisition -- the second for Intel /zigman2/quotes/203649727/composite INTC -3.84% within two weeks -- will bolster its position in the market for smartphone chips, enabling it to offer "the full range of wireless options, from Wi-Fi and 3G to WiMAX and LTE," Intel Chief Executive Paul Otellini said in a statement. Read "Intel hopes wireless deal works this time around."

These acronyms refer to various new mobile technologies that allow the faster transfer of data and have resulted in the wider adoption of new services such as mobile television. 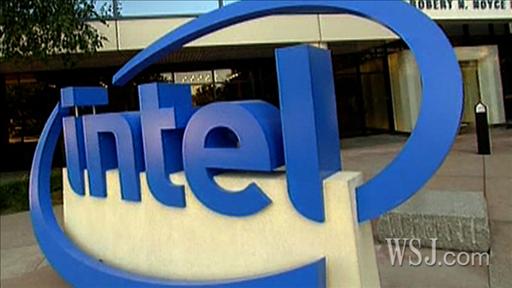 "As more devices compute and connect to the Internet, we are committed to positioning Intel to take advantage of the growth potential in every computing segment, from laptops to handhelds and beyond," Otellini said.

Part of the reason why Intel is so keen to diversify beyond its core business of providing computer chips is that this market is softening. Evidence of the slowdown was clear on Friday, when Intel cut its annual sales forecast, citing a weaker-than-expected PC market. Read more about Intel's lowered outlook.

The mobile segment, however, shows a lot of promise. It's also a natural area of focus for Intel now as its boundaries with the computing world become increasingly blurred by devices such as netbooks, which are hardly bigger than a standard mobile phone but can perform many of the same tasks as a small computer.

Intel has already struck deals in the mobile sector with LG and Nokia Corp. /zigman2/quotes/207421390/composite NOK -1.55% . The deal with Infineon propels Intel at the forefront of the recent surge in M&A activity. Earlier this month, it announced a $7.7 billion offer for computer-security expert McAfee Inc. . Read more about the McAfee deal.

For Infineon, the sale of its mobile unit is a chance to refocus on its core lines: automotive, industrial and multimarket, and chip card and security fields, Chief Executive Peter Bauer said.

The unit's annual revenue, 917 million euros ($1.17 billion), accounted for 30% of Infineon's total revenue in its most recent fiscal year.

Investors gave the deal a frosty reception on Monday, sending shares of Infineon down 2% in midday trade on Xetra in Frankfurt.

Thomas Becker, analyst with Commerzbank, said a in a note to clients that while the purchase price was "reasonable," it might be "below ambitious market expectations" that failed to factor in upcoming investment in a next-generation technology known as LTE. At market multiples, the division could have been valued at €1.9 billion, Becker said.

He expects Infineon to use the cash on its balance sheet to conduct smaller acquisitions to bolster its remaining franchises in the auto, industrial and power segments and to likely pay a dividend in 2010, which he forecast at around 10 European cents a share.

The boards of both companies have approved the terms of the deal. Intel and Infineon hope to close the transaction in the first quarter, subject to conditions including regulatory clearances.

Aude Lagorce is a senior correspondent for MarketWatch in London. Robert Daniel is MarketWatch's Middle East bureau chief, based in Tel Aviv.