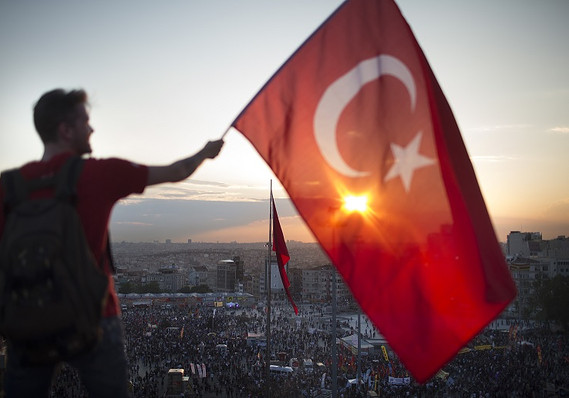 A recent article in the London-based newspaper, The Telegraph, had some bad news for U.S. investors. No matter how you slice and dice it, the U.S. stock market is the single most expensive market on the planet. And that means that the double-digit annual average gains enjoyed by investors in the U.S. stock markets over the past few years are a thing of the past.

The Telegraph reached its conclusion based on a combination of three common valuation measures: price-to-earnings (P/E) ratio, the cyclically adjusted P/E (commonly known as the CAPE ratio) and the price-to-book (P/B) ratio.

The P/E ratio, of course, is the most commonly used measure of value.

The CAPE ratio — popularized by Robert Shiller of Yale — is similar to P/E, but it measures average earnings per share over 10 years, and not just the past 12 months, the way a normal P/E ratio does. This provides a longer-term measure of value.

Finally, there's the price-to-book ratio, or P/B, which is a shorthand look at how a company's market value compares with the current value of its assets (e.g. real estate, buildings, machinery and intellectual property, etc.).

By looking at valuation through these three different lenses, The Telegraph generated a broad-based and balanced measure of the world's most overvalued and undervalued stock markets.

The only other stock markets overvalued on the basis of these three key valuation measures were Thailand, Sri Lanka, Indonesia and Belgium.

Of course, over or under valuation has little do with stock-market performance over the short term. Just because a stock market is expensive doesn't mean it can't perform well. After all, the U.S. stock market is up 8.51% over the past 12 months, while the Sri Lanka market has delivered big time by surging nearly 11.5%.

There is, of course, a flip side to the valuation coin.

Turkey's stock market has been lousy been a lousy performer in 2015. And that was even before last week's drop after surprise election results that saw the ruling Justice & Development Party (AKP) failing to get the votes it needed to retain full control of the government.

Some stock markets are cheap for a reason. Turkey's stocks as measured by the iShares MSCI Turkey ETF (NAS:TUR) , are down 21.24% over the past 12 months. Given the political uncertainties, collapsing currency and weak macroeconomics, it's hard to fashion even a contrarian case for risking your money by investing in Turkey.

Other cheap stock markets include Russia and Japan — two markets that have done very well through the first five-plus months of this year.

The much-reviled Market Vectors Russia (BATS:RSX) has surged some 24.13% year to date. The perennially out-of-favor iShares MSCI Japan ETF (PSE:EWJ)  is up 15.3%.

The year-to-date moves higher in these cheap markets suggest that the smart money has started to recognize the merit in attractively valued markets.

How to make money in cheap global stocks

One exchange-traded fund (ETF) that invests purely based on one of the criteria listed in The Telegraph study — the CAPE ratio — is the Cambria Global Value ETF (BATS:GVAL) .

The very opposite of a sexy cyber-security or biotech stock, GVAL is chock full of the world's most hated and obscure stock markets. It's top five holdings are in Russia, Greece, Ireland, Poland and Italy.

Still, GVAL is up 7.02% year to date, comfortably outperforming the U.S. S&P 500 by more than three to one. Also, GVAL is currently technically oversold, 11.91% off its recent highs, and due for a strong bounce.

So I recommend you hold your nose and invest in the Cambria Global Value ETF.

Just don't expect it to earn you bragging rights with your buddies on the golf links in La Jolla.