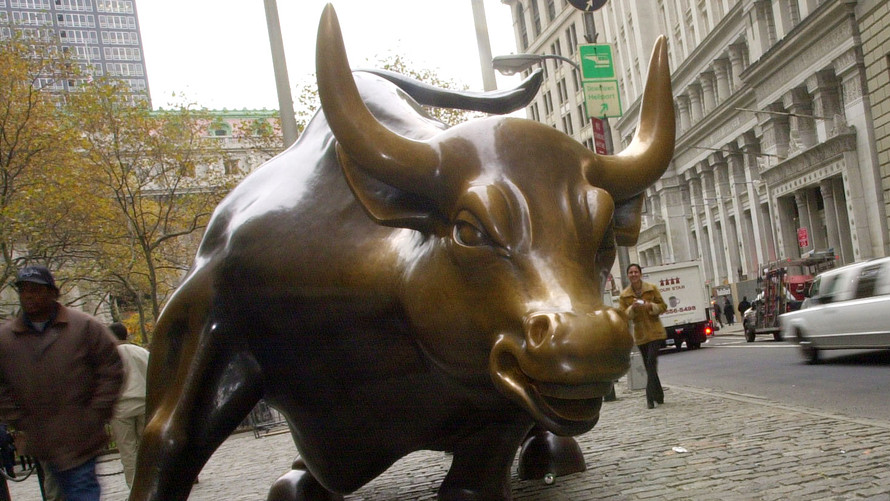 The stock market’s incredible rally over the past couple of months has not been fueled by transfers out of bond funds and into stocks.

On the contrary, according to data from EPFR, a division of Informa Financial Intelligence , fund flows over the past eight weeks have gone in the opposite direction. U.S. equity funds (both open-end funds and ETFs) have experienced total net outlflows of $11 billion, while U.S. bond funds have seen net inflows of $95 billion. (See chart, below.)

This comes as a surprise to many, since conventional wisdom teaches us that rallies are propelled higher when money on the sidelines is seduced back into the market. But the conventional wisdom is wrong, according to researchers: fund flows actually are a contrarian indicator. So while fund inflows are associated with an immediate boost to fund prices, that boost typically only lasts a few days. Over the subsequent several months, it usually reverses. 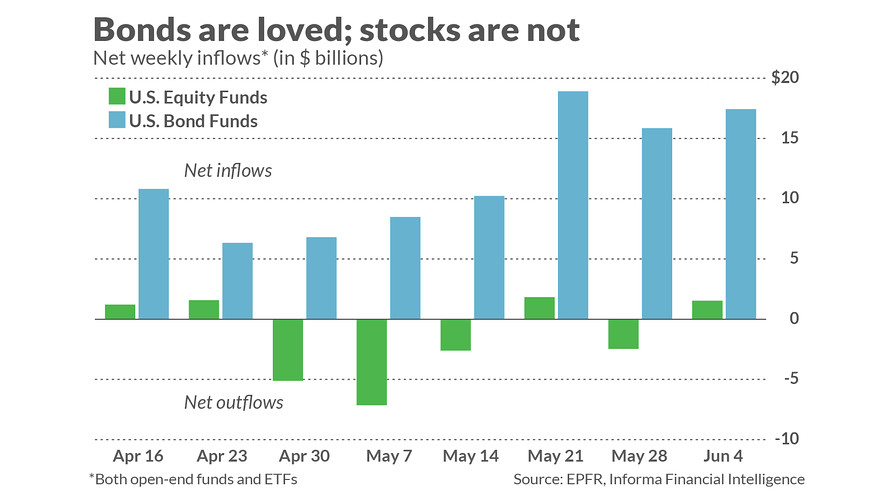 Recent market performance is consistent with this contrarian narrative. Over the past eight weeks, the S&P 500 (S&P:SPX)  has gained 14.8%, while the Vanguard Total Bond Market Index (NAS:VBMFX)  is up 1.0%.

Specifically, the professors found that, on average, 85% of any price boost associated with fund inflows is reversed within an average of four months. The remaining 15% of that initial price move is eliminated after six additional months. After a total of 10 months, in other words, no lingering effect of fund flows persists.

Long-term investors therefore can safely ignore the fund flow data. And short-term traders should interpret the data in a contrarian way, favoring asset classes with recent strong net outflows and under-weighting asset classes with recent strong net inflows. Right now, for the near term, that means favoring equities over bonds.

Keep in mind that you should never base your trading strategies on just one indicator. But insofar as you base your strategy on the fund flow data, you would continue favoring stocks over bonds as long as the fund flows are headed in the direction they have been recently.

In any case, recent fund flows and performance results are just one more reminder that the conventional wisdom is often wrong.