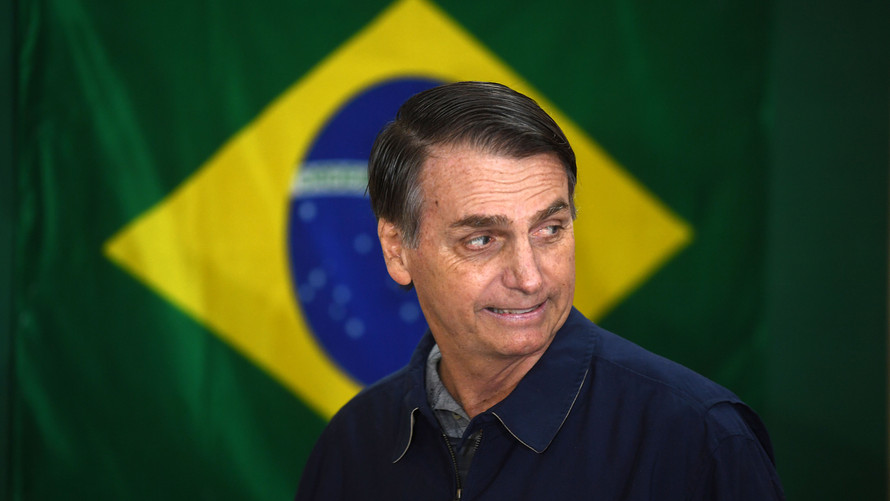 Investors appear to be recalibrating their expectations around Brazil’s new president.

After the election victory of Jair Bolsonaro last October sparked optimism over the outlook for Brazilian assets, positivity now seems to be waning as he faces a test of his ability to win ambitious pension reforms. Bolsonaro took office on Jan. 1.

“Until this week, investors loved Bolsonaro,” Thin said. “The Bovespa traded at record highs in early February, while the real on Feb. 1 traded at the strongest since Oct. 29, the day after the second round of the election was held.”

In January, funds continued to increase their FX exposure to the Brazilian real, which now stands at the highest (2.25% overweight) since we started collecting the data,” in May 2017, wrote Bank of America Merrill Lynch strategist Rohit Garg.

But a lot of good news is already priced and now the sentiment seems to be changing. The market may have gotten overly bullish on the newly minted president, said Thin. The Bovespa has consolidated after hitting an early February peak, while the dollar advanced 1.1% on the real this week.

This week, Bolsonaro fired one of his most senior aides, Gustavo Bebianno, for allegedly misusing campaign funds, and hand-delivered a pension reform proposal to Congress. The latter is important because Brazil’s pension problem has been hanging over this and previous governments.

Called ambitious by credit-ratings firm Fitch Ratings, the president’s proposal is designed to save 1 trillion real ($267 billion). Key features include raising the minimum retirement age and the number of years workers have to contributes to the system before retiring.

“As such, credible and sustained policies toward fiscal consolidation and economic reform are key positive rating sensitivities for Brazil. Conversely, sustained failure to achieve reform and accelerate growth leading to continued deterioration in the government’s debt burden and/or emergence of financing constraints would be negative for ratings,” said Fitch.

For the reform plan to make its way through Brazil’s legislative system, it would need the backing of 60% in both houses of a very fragmented congress. According to comments from Vice President Hamilton Mourao, fewer lawmakers than needed currently support the plan.

With a lot of a horse-trading expected, the final government savings could be lower than the projected 1 trillion real.

“Many of the main points of the reforms require a constitutional amendment,” Thin said. “As such the process will likely be slow going forward.”

“Without reform, controlling the pension deficit will be difficult. The authorities estimate that the social security deficit could reach 3% of GDP in 2019,” according to Fitch, which would be up from 2.8% in 2018.

Brazil’s overall government debt is high and will likely grow further, measuring 76.7% of GDP in 2018.

Get news alerts on iShares MSCI Brazil ETF and Brazilian Real — or create your own.