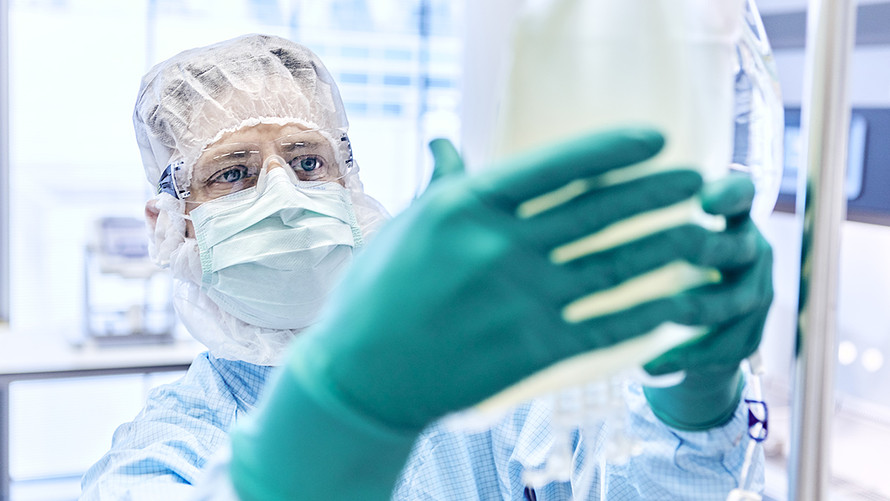 A handful of sickle cell disease treatments and CAR-T therapies that treat cancer have been approved by the Food and Drug Administration in recent years, but a new crop of experimental therapies that would grow those markets is exciting investors.

This week, much of the high-profile clinical data coming out of the American Society of Hematology’s annual meeting in Orlando, Fla., focused on companies developing products that aim to fit the needs of these patients.

The FDA approval in November of two new treatments for sickle cell disease has reinvigorated interest in a long-neglected therapeutic area.

“The space, which has lacked therapeutics successes for so long, is finally getting its due,” wrote Maxim Group’s Jason McCarthy on Monday.

Novartis’s /zigman2/quotes/203243705/lastsale NVS -2.03%  Adakveo reduces the frequency of one of the disease’s complications, while Oxbryta, developed by Global Blood Therapeutics /zigman2/quotes/206019615/lastsale GBT +2.33% , treats the root cause of sickle cell anemia. The wholesale list prices for both drugs are about $10,000 a month.

The Cambridge, Mass.-based biotech plans to initiate a Phase 3 trial next year after releasing positive data for LentiGlobin in a Phase 1/2 study. The therapy showed a reduction in vaso-occlusive crises and acute chest syndrome (both complications of sickle cell disease) in some patients. Shares of Bluebird, which also presented data on its experimental CAR-T therapy and LentiGlobin as a treatment for severe beta-thalassemia, at ASH, were up 10% in afternoon trading on Tuesday.

The CAR-T field prepares for competition

In 2017, the FDA approved the first CAR-T therapy—Novartis’s Kymriah—as a treatment for certain patients with acute lymphoblastic leukemia. Gilead Sciences’ /zigman2/quotes/210293917/lastsale GILD -3.94%  Yescarta soon followed, as a treatment for certain types of large B-cell lymphoma. (Unlike oral or infused drugs, chimeric antigen receptor T cell, or CAR-T, therapy involves removing a patient’s immune cells, shipping them to a manufacturing facility to be re-engineering, and then sending them back to be placed back in the patient’s body.)

Now that field is getting crowded, with both large and small pharmaceutical companies. This week, Bluebird and Bristol-Myers Squibb /zigman2/quotes/202559280/lastsale BMY -1.68%  shared results from their early-stage trial for an experimental CAR-T therapy treating multiple myeloma. BMS also said Saturday that a pivotal trial for liso-cel, its investigational CAR-T treatment, showed high rates of durable responses, and it will submit an application to the FDA this month. Johnson & Johnson /zigman2/quotes/201724570/lastsale JNJ -1.63%  is developing a CAR-T for multiple myeloma. The pharma company presented mid-stage study data that Bernstein analysts called “clearly impressive and will need to be watched.”

That said, some of the experimental therapies are hoping to capitalize on the costs associated with CAR-T treatment. The currently available CAR-T therapies are expensive. At launch, Kymriah cost $475,000, and Yescata $373,000.

“Hospitals have been struggling with the cost of CAR-T as the patients require hospitalization within [three days] of treatment, which means the treatment is considered inpatient and reimbursed” as part of transplantation diagnostic related grouping,” Berstein’s Ronny Gal wrote this week.

About one-quarter of the patients in the liso-cel trial were treated in an outpatient setting, which is less expensive than if a patient is hospitalized. If approved, that change in setting may shift the market away from an already approved therapy, such as Yescarta, to one that can deliver on a more cost-effective approach.

“We see this acquisition as unlocking value for investors as it places ARQ 531 in the hands of a larger player who can develop this asset more broadly and aggressively,” Jonathan Chang, an analyst at SVB Leerink, wrote in a note.