Defiant Rouhani says it makes no difference who next U.S. president is, demands return to 2015 nuclear pact 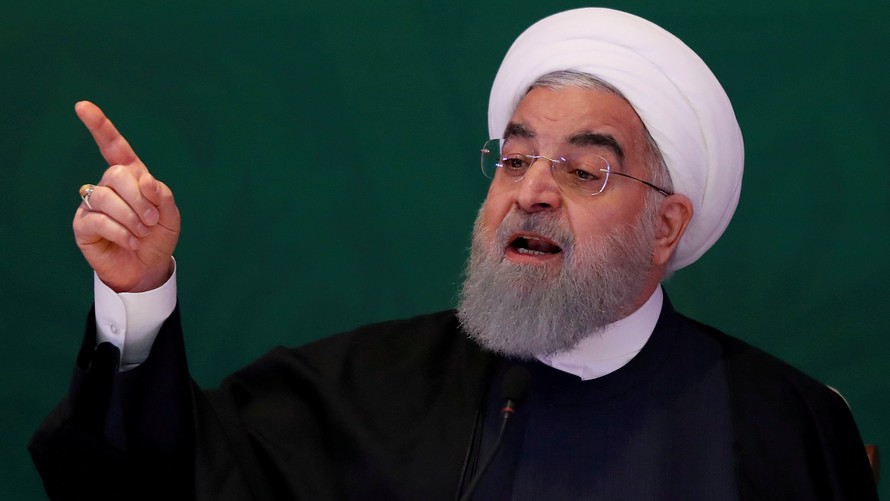 Iran will refuse to negotiate with the U.S. as long as Washington maintains its campaign of “maximum pressure” — even if President Donald Trump is re-elected, Iranian President Hassan Rouhani said Sunday.

Rouhani’s defiant remarks solidify Iran’s hard line in a face-off with the Trump administration that only weeks ago brought Washington and Tehran to the brink of war.

“It makes no difference who will be the next [American] administration,” Rouhani said, speaking at a news conference in the Iranian capital. “Iran will never negotiate under pressure.” He demanded that the U.S. return to the 2015 nuclear deal, which Trump quit in 2018, citing Iran’s military activity in the Middle East.

The Iranian president, who has been isolated domestically amid the nuclear deal’s near-collapse and the economic damage of U.S. sanctions, said he still had the support of Supreme Leader Ali Khamenei. Rouhani said he has twice asked Khamenei if he had a better candidate for the job of Iran’s president but was asked to stay.

The ride-hail utopia that got stuck in traffic.