Is the long-awaited bond-market breakdown here? 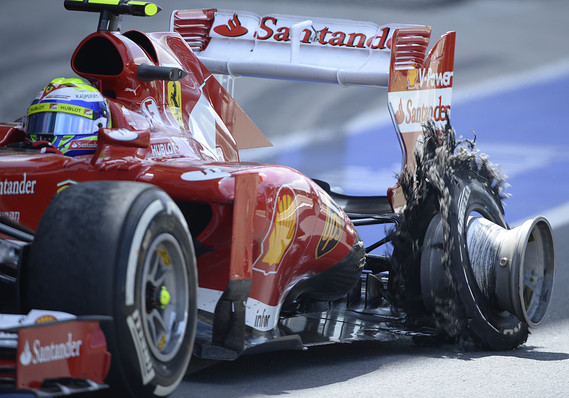 Every year seems to start out the same. Pundit after pundit, economist after economist, trader after trader starts off saying "rates will rise this year." Time and time again, these forecasts continued to be wrong as deflationary pressures rule. No amount of money printing seems to be causing sustainable reflation in the U.S., Europe or Japan. At some point, the rising-rate meme gets old, tired, and given up on by everyone else who believed with conviction that the bond market is in a bubble about to burst.

I have long been on the deflation/disinflation theme given the behavior of inflation expectations in the context of tremendous monetary stimulus by central banks globally. In my recent writings, however, I've been noting that in the near-term, reflationary hope may yet again pulsate throughout the investable landscape.

"Change before you have to."

If indeed the Fall Melt Up odds are as high as I've been indicating seems to be the case, then the confirmation of such a move would be in commodities, cyclicals, and emerging-market stocks bursting higher. Note that prior melt ups over the past two to three years have left those areas of the investable landscape out of the move.

That may be about to change as our own ATAC Inflation Rotation Fund /zigman2/quotes/202546180/realtime ATACX -1.94%  has been trading in and out of short-term momentum bursts in equities which, while not as sustainable just yet, may be due for a longer trend.

LIVE BLOG: Video and updates of Janet Yellen’s testimony in the House .

Reflationary pricing behavior across asset classes has tended to be a historically important indicator of volatility, something discussed in the summary versions of our research white papers (click here to download). That reflationary behavior, should it be on the verge of beginning as I believe it may be, could result in a breakdown in bonds for a moment in time.

Note that the ratio peaked in January this year, began falling for the first half of the year, and rallied in the third quarter. Since then, the two have been in a tight pattern to each other as equities themselves have rallied off the lows. More interestingly, though, is that the ratio has not gone higher despite oil prices going lower.

Why is this important? Because as oil prices fall, inflation pressure has tended to fall, pushing bond yields lower. Should oil begin to undergo a short squeeze and rally in a counter-trend trade, it could be a very negative near-term force for yield investments as inflation premiums get priced in. This, in turn, could cause yields to rise, potentially in a fast and surprising way confirming the Fall Melt Up scenario I've been addressing.

Should this play out, it does not necessarily mean we are re-entering an age of inflation. The mega long-term continue to favor disinflation/deflation. But in the world of markets, cycles change, sentiments change, and themes change. We may be on the verge of that right now, which would potentially be quite painful for a moment in time to bond investors.

Michael A. Gayed, CFA is the co-Portfolio Manager of the Overall Morningstar 4 Star rated ATAC Inflation Rotation Fund (Ticker: ATACX, rating as of 9/30/15 among 234 Tactical Allocation Funds derived from a weighted average of the fund's 3-year risk-adjusted return measures).

Opinions expressed are those of the author and are subject to change, are not intended to be a forecast of future events, a guarantee of future results, nor investment advice.