Is the stock market closed today? Here’s everything investors need to know about Memorial Day trading hours and closures

A Monday holiday followed by a gradual reopening on Tuesday 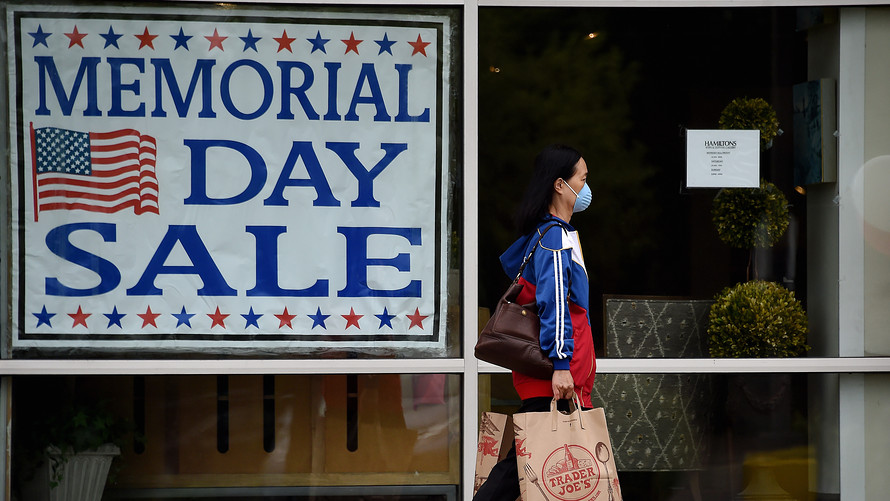 Memorial Day will take on an even more somber tone this year. The occasion honors the women and men who died serving their country, and the holiday has become an unofficial start to summer, synonymous with backyard barbecues and festive parades.

This year, however, the public-health crisis that has stricken the globe will offer an additional dimension to the act of service, sacrifice and patriotism in America.

Coronavirus has claimed over 97,000 American lives and 45 million jobs, by one measure, and accelerated seismic shifts in the economy, hastening the bankruptcies of some major retail chains, including J.C. Penney Co. (OTC:JCPNQ) , Pier 1 Imports Inc. (OTC:PIRRQ) and Hertz Global Holdings Inc. (NYS:HTZ)

And most Americans are still largely shut in at home, as baseball stadiums and malls remain empty.

That said, the holiday is likely to be viewed as a welcome point for reflection about what’s transpired over the past month, with public-health professionals, store workers and delivery staff on the front lines of the battle against an invisible assailant.

Early efforts to restart business activity are under way in all 50 states in various stages after lengthy closures imposed to curtail the spread of the contagion. The reopenings have some hopeful on Wall Street and on Main Street.

For its part, the financial market has been attempting to claw back mightily from a rout inspired by the economic impacts of the viral outbreak.

The Dow Jones Industrial Average (DOW:DJIA) , the S&P 500 (S&P:SPX) and the Nasdaq Composite Index (AMERICAN:COMP) were all headed into the holiday holding on to gains of at least 3%, as of Thursday’s close.

The Nasdaq Inc. (NAS:NDAQ) , which operates the Nasdaq will be closed on Monday, Memorial Day; and the New York Stock Exchange , owned by Intercontinental Exchange Inc. (NYS:ICE) , also will be shuttered for the holiday. When investors return on Tuesday, the NYSE will also welcome “a subset” of traders to the floor after closing the trading floor on March 23 in response to the pandemic.

The Securities Industry and Financial Markets Association, a brokerage-industry trade group that sets procedures for the bond market, advises bond dealers to close an hour early , at 2 p.m. Eastern on Friday, and remain closed on Monday.

Regular trading for U.S. oil (NYM:CL.1) on the New York Mercantile Exchange and metals (NYM:GC.1) on Comex will be closed for Memorial Day.

Meanwhile, it is also a bank holiday in the U.K, and the London Stock Exchange, and notably the FTSE 100 (FTSE:UK:UKX) , will be shuttered . Other European bourses, however, will be open.