‘Anybody who works at this point deserves hazard pay’: The working conditions that led one Instacart worker to strike

‘Is this order worth me going to this store and possibly bringing home coronavirus?’ 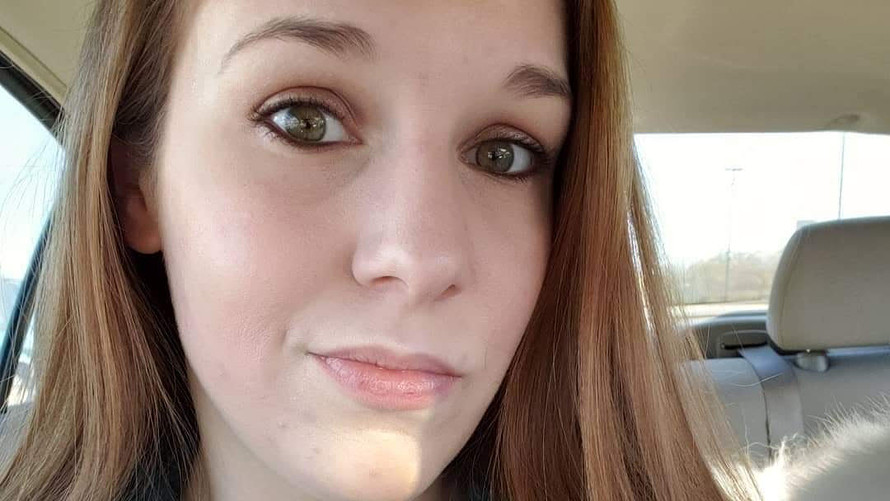 Courtesy Sarah Polito
Sarah Polito, a 28-year-old from Newark, N.Y., is an Instacart shopper on strike this week.

When Sarah Polito sees an Instacart order pop up on her Samsung /zigman2/quotes/202367843/delayed SSNLF +30.66%  smartphone, she has to think fast.

If she accepts the potential grocery-shopping job as one of the platform’s “shoppers,” will she make above minimum wage after factoring in the time spent shopping and delivering the groceries to the customer?

The Newark, N.Y., woman runs the numbers in her mind, while other nearby Instacart shoppers do the same. The first one to accept the order gets it, she told MarketWatch

‘You have seconds. You are seeing it with multiple other shoppers.’

“You have seconds. You are seeing it with multiple other shoppers.” When orders above $60 come across the app, “You don’t even look to see where it’s going. You can’t take a chance. It’s kind of a free-for-all.”

Now, Polito has a new question she must answer: Is this order worth me going to this store and possibly bringing home coronavirus?

On Monday, the 28-year-old stopped asking herself these questions. That’s because she’s on strike, with a number of other Instacart shoppers who say the San Francisco–based company needs to treat its shoppers better amid the pandemic. Demand has surged for the service, which lets users pick out their groceries on the app, then sends an Instacart shopper to do the grunt work of shopping for the products at the store and delivering them to the user.

The coronavirus outbreak is forcing millions of Americans indoors and highlighting the working conditions of those who still need to leave home to do their jobs, whether they are medical professionals, gig workers or hospital janitors.

Striking Instacart shoppers are demanding that the company provide them cleaning supplies, expand pay for those sickened by the coronavirus, set default tip amounts to at least 10% and add hazard pay of at least $5 per order. Gig Workers Collective, an organization advocating for gig-economy worker protections that helped organize the protest, said “at minimum thousands of shoppers are heeding the call to walk off and not return until our demands are met in full.”

Instacart says it will provide hand-sanitizer spray , set tip defaults to the customer’s last amount, offer 14 days of pay to infected full- and part-time employees, as well as sick pay and money incentives to shoppers who complete orders in a certain amount of time.

The company is also on a hiring spree, planning to bring on another 300,000 shoppers over the next three months to meet customer demand. The glut of applications is happening during an extreme job-market drop-off elsewhere: a record 3.28 million people applied for unemployment benefits from March 15 to March 21.

‘The health and safety of our entire community — shoppers, customers, and employees — is our first priority.’

“The health and safety of our entire community — shoppers, customers, and employees — is our first priority. Our goal is to offer a safe and flexible earnings opportunity to shoppers, while also proactively taking the appropriate precautionary measures to operate safely. … We respect the rights of shoppers to provide us feedback and voice their concerns,” Instacart said in a statement.

The company noted it had 40% more shoppers on the platform Monday than at the same time a week before. Within the last week, 250,000 new people have signed up to become Instacart shoppers, and 50,000 have already started work, according to the company.

“Based on the rise in customer demand, shopper earnings have increased by more than 40% month-over-month, and shoppers, on average, have also seen a 30% increase in customer tips,” Instacart added.

The same day some Instacart shoppers stopped working to protest pay and work conditions, several workers at an Amazon /zigman2/quotes/210331248/composite AMZN +3.10% warehouse in Staten Island, N.Y., did the same. They sought to close the warehouse and have it cleaned after one worker came down with COVID-19.

The online retail giant fired the worker who arranged the walkout, saying he broke the company’s social-distancing rules after coming into contact with the infected worker.

New York is the epicenter of America’s coronavirus outbreak. New York City’s 43,139 confirmed cases accounted for roughly 23% of America’s 189,633 cases as of Wednesday, according to data compiled by the Johns Hopkins University’s Center for Systems Science and Engineering.

New York also happens to be a frontline for a different, but related, matter that’s animating the Instacart strike — the question of what kind of workplace protections and benefits are owed to people, like Polito, working in the gig economy.

California implemented a law earlier this year making it tougher for gig companies to call their workers “independent contractors,” a label that means people don’t have access to certain benefits that full-time employees get.

Last week, New York state’s highest court decided a former delivery courier at Postmates, an online platform to order food, drinks and groceries, counted as an employee. The 5-2 majority reinstated a state Department of Labor decision saying the company had to contribute to the courier’s unemployment claims.

Postmates did not respond to a request for comment.

‘You get flooded with emotion’

Polito started picking up work at Instacart in July 2018.

She was bouncing back from two years out of work. Polito had been a baker. But the 60-hour work weeks were physically demanding for Polito, who has fibromyalgia , a condition with fatigue as a symptom.

But over time, the platform chipped away at the pay rates, and other shoppers signed up for the work, which spread the potential jobs across a bigger pool of Instacart shoppers, Polito said.

Beginning in spring 2019, Polito also started shopping for clients on a separate platform and adopted a more selective approach to Instacart jobs, making between $100 and $250 a week. She made $700 last week.

Ahead of her decision to strike, Polito would enter grocery stores on her trips for Instacart feeling nervous and unsteady. “You get flooded with emotion,” she said.

Polito has health insurance through her husband, an engineering technician, and says she thinks they can pull through without the Instacart money for the time being. She has her other shopping clients, but she’s ready to find other work elsewhere if she needs to.

Polito heard a local television segment Tuesday discussing the Instacart strike. The segment interviewed a nurse who said she wasn’t getting hazard pay.

Polito said she and fellow strikers are not being selfish. “While we believe we deserve more, we believe the customer deserves more, too,” she said, adding: “Anybody who works at this point deserves hazard pay.”