‘It is an act of insanity to stay in the U.S.’: Why this 63-year-old teacher ditched Massachusetts to retire in the highlands of Panama

You can live on about $2,000 a month, experts says, and Panama has a generous ‘pensionado program’ — but there are drawbacks 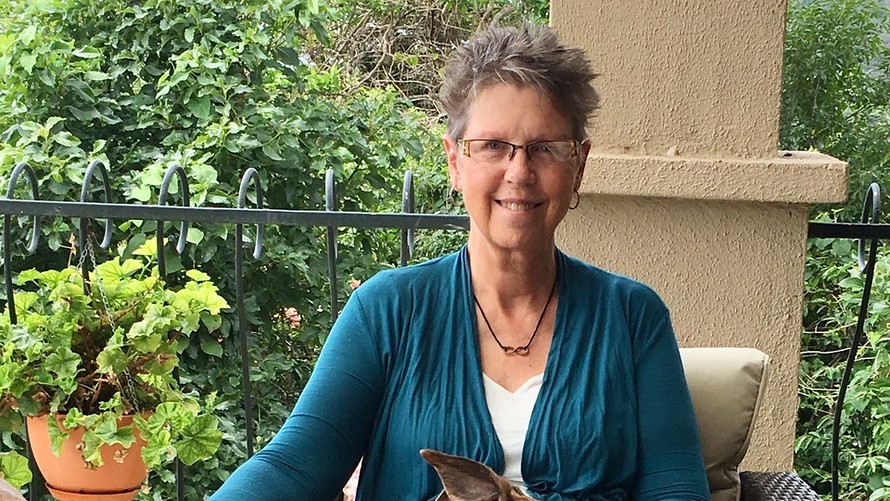 Mary Taft
Mary Taft and her dog at home in Boquete, Panama.

Mary Taft lives with her two daughters, seven cats and two dogs in a mansion in Panama — and she wouldn’t have it any other way.

But the former teacher and school administrator didn’t always know that a Panamanian retirement was in store for her. Indeed, as she consulted with her two adult daughters about where to move, dozens of spots were on the table. “We had this blue-sky conversation — where can we all go and live together?” the 63-year-old former Springfield, Mass., resident recalls. “Canada was out because it was too cold. We wanted the tropics because we were sick of winter. We ruled out Asia because it was too far and [because of] the language barrier. Australia was too expensive.”

The Spanish speaker had been to Latin America numerous times, and her older daughter, a musician, worked a lot in Brazil, so they began looking around there. They ruled out Belize because of a “lack of infrastructure,” and Costa Rica because of its cost and “poor track record with health care,” according to Taft. But Boquete, Panama — a lush, mild-weather town in the Panamanian highlands that’s popular with expats — checked nearly all their boxes. 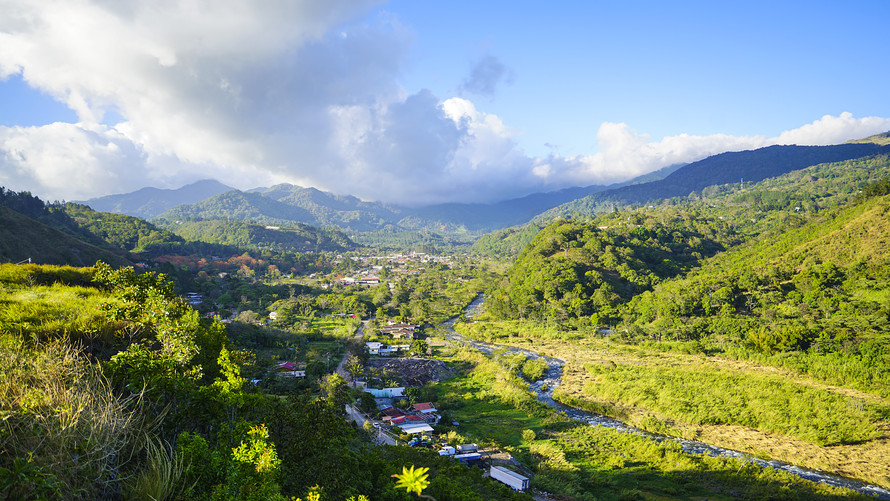 iStock
White clouds above the small town of Boquete.

“It’s a place of indescribable beauty, and the culture is complex and vibrant,” she says. “It’s not a sleepy town in the mountains; there’s arts and culture, birding, sailing, hiking, restaurants with chefs from around the world — it’s a foodie paradise. There’s so much going on here.” ( Travel guide Lonely Planet has this to say: “Boquete is known for its cool, fresh climate and pristine natural surroundings. Flowers, coffee, vegetables and citrus fruits flourish in its rich soil, and the friendliness of the locals seems to rub off on everyone who passes through.”)

Plus, Mary says she and her daughters were fed up with a lot of things in America — including the high cost of living, repeated mass shootings and what she saw as a lot of “rage and hate.”

“The U.S. has gotten so out of control — the social fabric is shattering,” she says. “It is an act of insanity to continue to stay in the U.S.,” she adds, noting that in Panama crime is low, you see guns less frequently , and life can be more affordable.

(Indeed, Panama is a pretty safe country: The U.S. government puts Panama at a Level 1 in terms of safety, the best ranking you can get — though it advises Americans not to travel to parts of the Mosquito Gulf and Darien Region due to crime. And it’s important to note that some types of crime may be more prevalent in Panama than the United States , and there are plenty of countries that are even safer.)

In 2018, Mary moved to Panama with her two daughters — and she’s staying put.

“Unless somebody dies, I don’t envision going back there,” she says. “I have only been back once. I had to go to Miami to do some personal banking, I did the banking, and I got back on the plane.”

Here’s what life is like — including costs, health care, residency and more — in Boquete, Panama ... 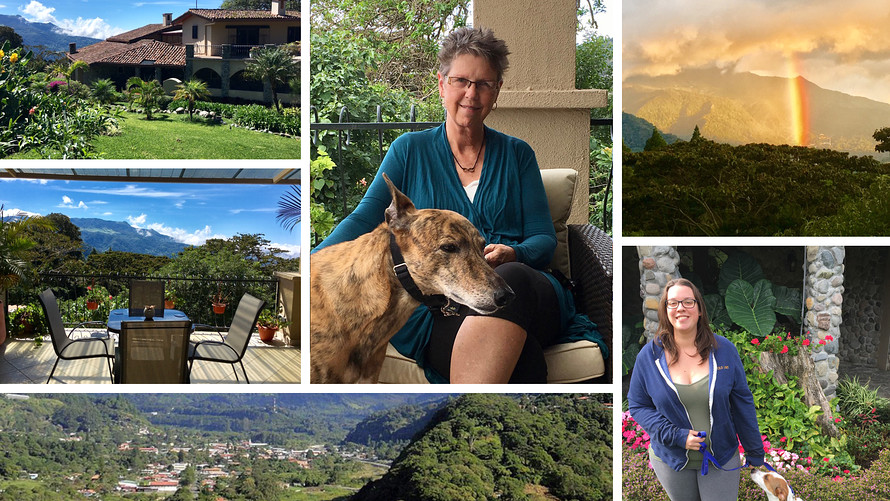 The cost: “I spend about the same [as in the U.S.], but I have a much better lifestyle for the same cost,” Mary says. While she had one house in Massachusetts, in Panama she has two homes — a three-bedroom condominium unit at the beach and roughly 6,000 square feet of house, which includes a main house and a little two-bedroom casita on the property, perched up in the mountains. Mary says she purchased the house for $499,000 and the apartment for $219,000, adding that “it is possible to purchase lovely, well-appointed houses that are a bit smaller in the $200,000 range.” (Referring to her daughters and pets, she says, “Each of us has a separate section of the house,” she explains, joking that “there would be blood flowing” if they all lived on top of one another.)

Other things are more affordable: Her electricity bill is only about $30 a month because of her solar panels, she says, and her cellphone bill is $20 a month, “but everyone uses WhatsApp for everything,” so she says she is “probably overpaying.” 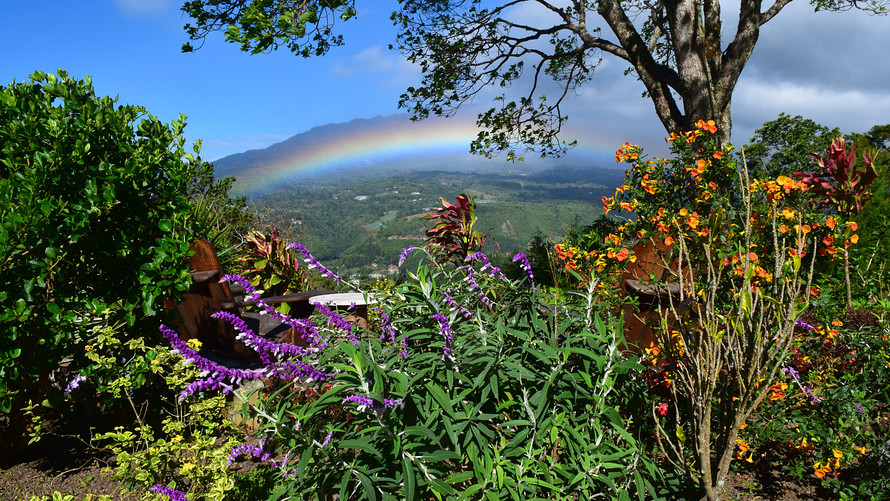 The pensionado program: “The pensionado visa is the most popular visa for retirees,” says Jackie Lange, an expat since 2010 who now runs a Panama relocation program — and it gives retirees throughout Panama deep discounts on everything from airfare to restaurants. An American retiree collecting Social Security can apply for the “Panama Pensionado Visa,” as long as he or she has regular income of at least $1,000 a month, or income of at least $750 a month and buys property for at least $100,000. When you qualify you get lots of perks including 50% off entertainment anywhere in the country (movies, concerts, sports); 30% off bus, boat and train fares; 25% off on airline tickets; between 30% and 50% off hotel stays; 25% off at restaurants; 15% off hospital bills; 10% off prescriptions; 20% off medical consultations; and 15% off dental and eye exams.

Mary loves the program. When she shops or picks up medications, the clerk “calls me a jubiloso — it means a jubilant person — that’s where they get the word for retiree,” she says. “I have a 10% discount at the pharmacy, I give them my old box of whatever, and they give me a new one. In and out in five minutes. Even my dogs and cats get a discount on medication.

Residency: “It’s a daunting process,” Mary says — adding that she got a lawyer to help her navigate it. The process takes months, has “many, many steps,” and is, in her estimation, “impossible for an outsider to navigate” alone. Her advice is that you “follow your lawyer’s directions, provide what s/he asks for, and show up in Panama at their direction and do what they say.” She says that getting a driver’s license in Panama is also complicated. These resources can help you get started.

Health care: Health care in Panama is considered good for the region (particularly in Panama City, which has a number of respected hospitals and is about an hour’s flight from Boquete), and the country ranks in the top 100 in the world in terms of quality and access to health care for its residents.

Mary has catastrophic health insurance from Cigna International, and says she pays roughly $2,000 a year for it. In Panama, she pays out of pocket for her occasional doctor’s visits (about $20); her inhaler (she has asthma) costs $20 at the local pharmacy with the retiree discount, and her sleep meds cost about $10 for a two month’s supply, she says. “Doctors here are well-trained and efficient,” she says — adding that she communicates with them via WhatsApp if she needs anything.

The cons of living in Panama: Though Panama has better roads and infrastructure than plenty of other Central and South American nations, some rural areas are still lacking. And Americans used to prompt customer service might be struggle to adapt to the slower pace of life in Panama. You also can’t always get all the goods you do in the States. Mary jokes that the one thing she misses most are “Temptations cat treats … much to the chagrin of expat cat owners far and wide!”

Bottom line: Mary stays busy by being on the board of directors at an animal-rescue nonprofit, Salvadores de Animales. She loves the food and activities in the country. But it’s the friendly Panamanian spirit that truly sold Mary on it. “Panamanians celebrate many more holidays than in the U.S., and there are typically parades with music and horses. It was explained to me that ‘Panamanians like each other and we like to get together to celebrate our lives,’ which is why there are so many celebrations,” she says. “I enjoy being in a place where people like each other.”