‘It’s dangerous NOT to be sending a clear message to Americans’: U.S. hits 156,000 new coronavirus cases over July 4th Holiday

Florida reported 10,059 new cases Sunday after reporting 11,458 new cases Saturday, which was second only to the daily peak of 11,571 in New York last April 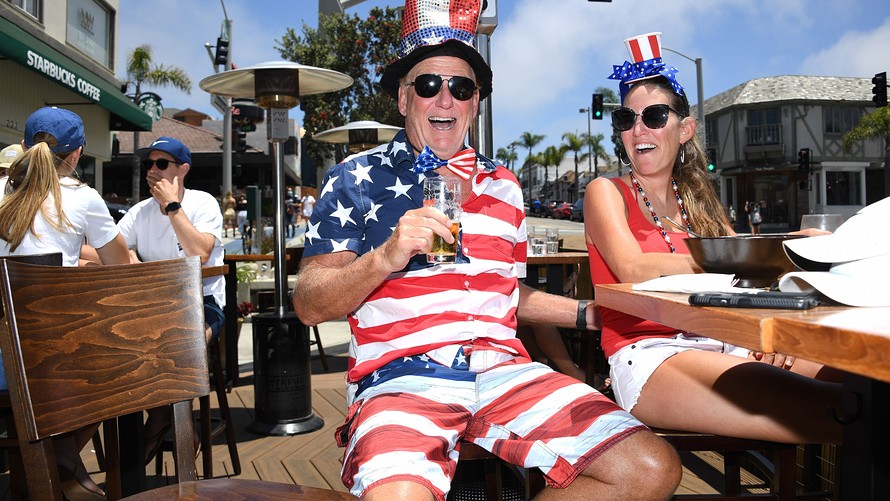 AFP via Getty Images
An outdoor restaurant in Manhattan Beach, Calif. on July 4 where beaches are closed due to a spike in COVID-19.

The U.S. has recorded nearly 156,000 new coronavirus cases over the July Fourth Weekend.

‘It makes me angry. You know, I understand he has a tough job, but it is dangerous not to be sending a clear message to Americans.’

Mayor Steve Adler of Austin, Texas, speaking to CNN’s ‘State of the Union’

While COVID-19’s progress has slowed in states such as New York, where most cases in the U.S. are still centered, confirmed coronavirus cases have risen in nearly 40 U.S. states.

Citing comments by President Donald Trump that COVID-19 would go away, and the July 4th gathering at the White House with many guests who were not social distancing or wearing masks, Adler, a Democrat, said, “It makes me angry. You know, I understand he has a tough job, but it is dangerous not to be sending a clear message to Americans.”

New York has had the most deaths from COVID-19 in the U.S., followed by New Jersey and Massachusetts.

Houston Mayor Sylvester Turner, a Democrat, echoed those sentiments on CBS /zigman2/quotes/200340870/composite VIAC -3.42% . “A month ago one in 10 people were testing positive. Today, it’s one in four. The number of people who are getting sick and going to the hospitals has exponentially increased. The number of people in our ICU beds has exponentially increased.”

Miami Mayor Francis Suarez, a Republican, told ABC News /zigman2/quotes/203410047/composite DIS +0.48% : “The city of Miami was the last city in the entire state of Florida to reopen and I was criticized for waiting so long.” He added , “When we reopened people started socializing as if the virus didn’t exist.” He said the rise in cases was “extremely worrisome.”

Anthony Fauci, director of the National Institute of Allergy and Infectious Diseases for three decades and one of the leading experts on pandemics in the U.S. for the last four decades, has said Americans and lawmakers need to reconsider some of their actions.

Fauci focused on three main failings by both the public and authorities: Many states have reopened too quickly, people are not abiding by rules of social distancing, and the authorities could do a better job at contact tracing to track people who have been in contact with those who test positive.

(This story was updated early Monday.)