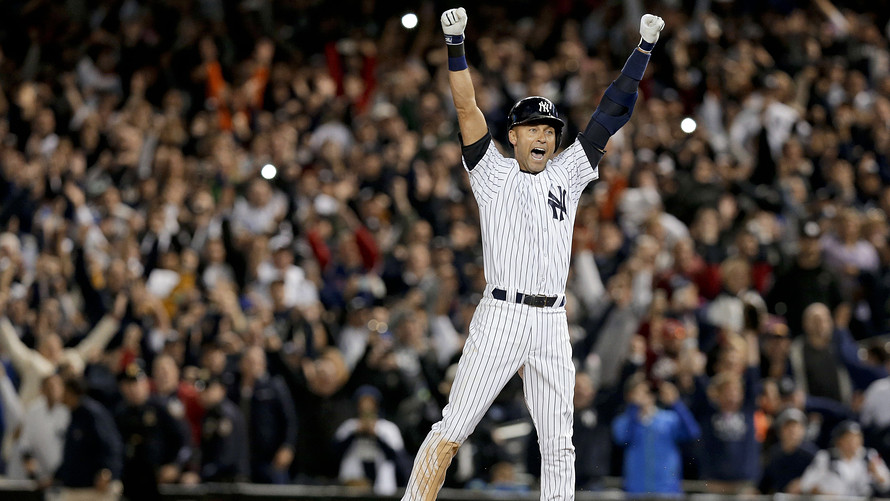 It’s been a brutal month for baseball. The Houston Astros sign-stealing scandal has rocked the league, causing unprecedented punishment and three managers to lose their jobs. But this week, baseball fans can take a break from the scandal and focus on something more positive: the Hall of Fame.

Major League Baseball announced its 2020 Hall of Fame class Tuesday: New York Yankee legend Derek Jeter and former National League MVP Larry Walker. Newly inducted players could stand to cash in on their Hall of Fame status. Whether it is through the memorabilia industry, speaking fees or public appearances, the Hall of Fame can be a lucrative experience for many players.

“It’s kind of like in the mafia when you get made,” Brandon Steiner told MarketWatch. “There’s definitely a cult following to the Hall of Fame.”

Steiner, the founder of Steiner Sports Memorabilia who now runs the CollectibleXchange marketplace, says making your way into baseball’s Hall of Fame can vault you into a higher level of earning.

Baseball’s Hall of Fame seems to have a special aura surrounding it. As the oldest American sports league, MLB has a long tradition and thus is one of the most deep-seated memorabilia industries. Popular baseball memorabilia has been sold for millions in the past, like Babe Ruth’s 1920 jersey that sold for $4.4 million and the famous Honus Wagner 1909 baseball card that sold for $2.8 million .

But memorabilia is only one of the benefits. The real benefit comes from making appearances.

Once inducted into the Hall of Fame, players are then invited to an array of yearly banquets, golf tournaments, appearances and autograph shows, according to Steiner. This can give former players a steady income years after their playing careers are over.

It’s difficult to find exact amounts players are paid for public events, but a story from The Wall Street Journal detailed how one player tripled his public speech fee after entering the Hall.

While the advantages to making the Hall of Fame can be lucrative, it’s not the same for every player. For example, from this year’s class Walker stands to make more money from being in the Hall than Jeter.

Walker may stand to cash-in on his new potential Hall of Fame status because he is lesser-known than someone like Jeter, after playing in smaller markets like Colorado and St. Louis for much of his career. Plus, Jeter likely doesn’t want to do a lot of appearances and fans have already been collecting Jeter-related memorabilia for years.

“There’s A-level Hall of Famers and there’s B-level hall of Famers,” Steiner told MarketWatch. “It’s different for somebody being introduced to the public.”