Elon Musk and Jack Ma agree: This existential threat is getting overlooked, and it’s not those killer robots 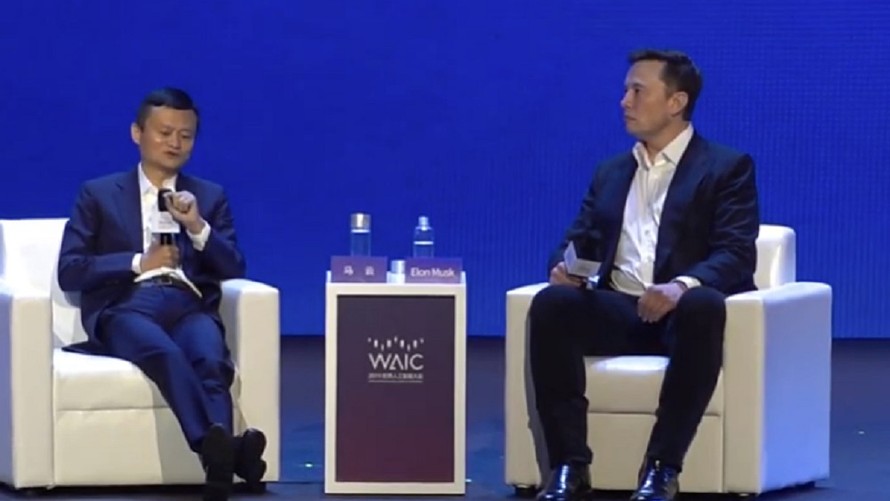 There are almost 8 billion people on Earth and, if United Nations projections play out, that number is expected to balloon to 10 billion by 2057.

That’s a lot... but maybe not enough, at least according to the two tech visionaries who tangled on stage for almost an hour at the World Artificial Intelligence Conference in Shanghai on Thursday.

Tesla’s /zigman2/quotes/203558040/composite TSLA +3.62% Elon Musk says his gloomy prediction comes with the assumption that we coexist with benevolent artificial intelligence and not get wiped out by the killer robots he’s warned us about before.

Alibaba’s /zigman2/quotes/201948298/composite BABA +3.96% Jack Ma, who split from Musk on several topics throughout the discussion, didn’t argue this point.

‘The population problem is going to face a huge challenge. [China’s] 1.4 billion sounds a lot. But I think next 20 years we will see, this thing will bring big problems to China… Now you call it a collapse, I agree with that.’

To counter this, Ma earlier this year urged Alibaba workers to follow the “669” philosophy in their personal life. He was referring to the notion that they should have sex six times in six days, and, as the number 9 represents in Chinese culture, enjoy a long-lasting marriage. Also, have lots of kids.

Another number that popped up during the discussion was the concept of “996.” That’s the grueling work policy that Ma previously supported calling for Chinese workers to start at 9 a.m. and finish at 9 p.m. six days a week.

In an about-face, Ma said he sees a an AI future in which those 12-hour work days turn into 12-hour workweeks.

“I think people should work three days a week, four hours a day,” he said, adding that life expectancy could soon rise to 120 years. “Because of artificial intelligence, people will have more time to enjoy being human beings. I don’t think we’ll need a lot of jobs. The jobs we need are [ones to] make people happier.”