Leading economists view outlook with trepidation but not panic 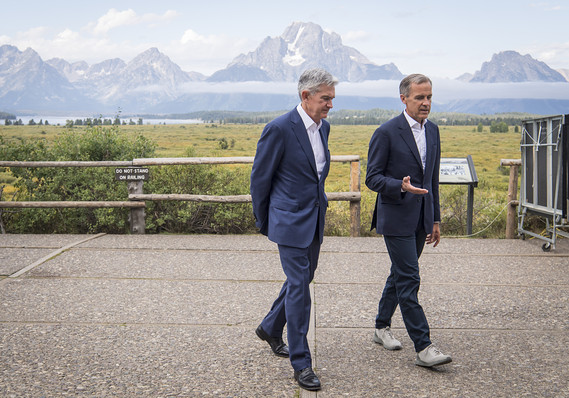 The Federal Reserve gathers leading economic thinkers every summer to mull over the outlook and debate the challenges facing policy makers. Those attending the conference this year talk about a sense of trepidation among participants but no sense that the economy is facing a steep downturn.

Here are some of the insights gathered from participants at the conference:

“It’s very clear we’re in a full-fledged trade war with no way for either side to back out,” said Eswar Prasad, a senior professor of trade policy at Cornell University.

The Chinese are now committed to waiting until the next U.S. presidential election to strike a trade agreement. It’s a risk, because Trump could win re-election and even a new Democratic president would want significant concessions to make an agreement, Prasad said.

The level of tariffs will now effectively shut down trade between the two countries, he said.

Products made in China will now be assembled someplace else before being exported to the U.S. to avoid the Made in China label.

For Europe and Japan, the trade war is a “mixed bag,” Prasad said. Both regions will likely benefit as China tries to maintain better trade relations with others.

Prasad said he was worried that China would now take precipitous action to quell protests in Hong Kong. Facing the trade war, China was unlikely to sit still for any challenge to what it sees as an internal affair.

See : Mounting China trade tensions keep Wall Street on edge and the economy under a cloud

Adam Posen, president of the Peterson Institute for International Economics, said he was worried about a recession in the U.S. but said that the macroeconomists at his shop do not think that trade uncertainty is enough to push the economy into a ditch.

Posen said his fears were grounded in the destruction of the international trading regime and “the one safe asset” meaning U.S. Treasurys. “That’s got to have ripple effects,” he said.