HONG KONG (MarketWatch) — Stocks in Japan and Hong Kong ended with small losses after a choppy trading session Tuesday, as investors pondered whether the U.S. Federal Reserve will maintain its monthly bond purchases.

The performance in Asia was mixed despite a triple-digit point gain for the Dow Jones Industrial Average (DOW:DJIA)  overnight.

Trading in the U.S. and other global markets has been volatile, as investors remain focused on the Federal Open Market Committee policy decision Wednesday, which investors are hoping will provide clues on how long the Fed will maintain its $85-billion-a-month in bond purchases.

“We expect this nervousness to continue to dominate until the FOMC rate decision and Chairman [Ben] Bernanke’s press conference on Wednesday, with asset prices remaining vulnerable to news headlines, keeping the volatility elevated,” Barclays analysts wrote to clients.

In Japan, broad losses in banks and telecommunication shares weighed on the market after two days of gains for the benchmark Nikkei Average. the broader Topix index (TOKYO:JP:180460)  ended the day 0.2% higher. 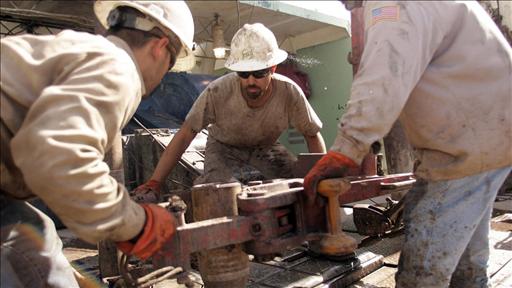 The Next 24: G-8 could change oil calculus

Amid rising tensions in Syria, the G-8 may be an occasion to remind markets that they have the option to release strategic reserves.

Even so, the market found support as some real-estate, insurance and brokerage stocks climbed alongside a few major exporters in the wake of the higher finish on Wall Street.

Shares of Sony Corp. (TKS:JP:6758) (NYS:SNE)  jumped 4.4% after a hedge-fund run by billionaire Daniel Loeb, which has called on the company to spin off its entertainment business, increased its stake in the firm.

Sharp Corp. (TKS:JP:6753)   (OTC:SHCAY)  gained 1.2% after the Asahi Shimbun reported the company was considering producing photocopiers for Samsung Electronics Co. (OTC:SSNLF) (KRX:KR:005930) , with a fresh investment from Samsung potentially a part of the deal.

Shares of market heavyweight Samsung rose 1.5% in Seoul, aiding gains for the Kospi.

Property stocks fell in Hong Kong but advanced on mainland Chinese bourses after official data showed home prices rose in a vast majority of the Chinese cities surveyed in May. According to Dow Jones Newswires calculations, the average home price increased 0.86% from the level in April, and was 5.32% higher than in May 2012.

“The fact that the monthly data doesn’t show significant rises should mean that we are unlikely to get new [property-sector] curbs in the short term. But it also means that we are not likely to get any [policy] easing,” said Andrew Sullivan, director of sales trading at Kim Eng Securities. He said the price trends represented a slightly negative data point for the sector.

In Sydney, banks and retailers ended mostly lower, even as minutes from the Reserve Bank of Australia’s last meeting showed the central bank was ready to cut interest rates further, if need be.