Chinese stocks fall on another round of margin-trade crackdown 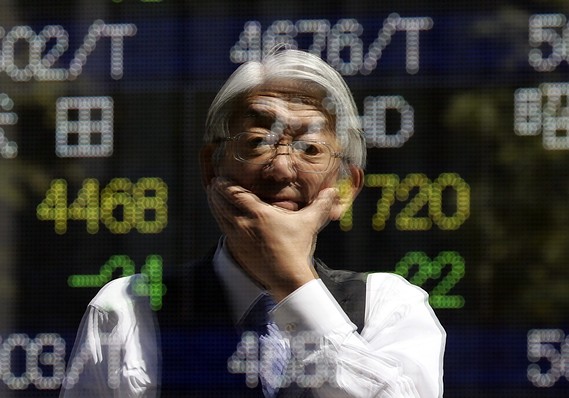 HONG KONG (MarketWatch) — Japanese stocks fell Thursday, as investors worried about disappointing corporate earnings and as they absorbed signs the U.S. Federal Reserve is sticking to its timing on an increase in interest rates.

The Fed reiterated Wednesday that it will remain patient as it decides when to start raising interest rates, implying that a midyear rate hike is still possible.

The yen (XTUP:USDJPY)  weakened versus the dollar to ¥117.89, compared with ¥117.46 late Wednesday in New York, amid dollar-buying by Japanese importers to settle month-end accounts.

Also weighing on the markets were some disappointing corporate earnings results.

Nintendo Co. (TKS:JP:7974)  sank 8.7%, despite reporting a net-profit gain for the April-December period, as the game-console maker cut its operating-profit outlook. Maker of construction and mining equipment Komatsu Ltd. (TKS:JP:6301)  slid 8.5%, with its chief executive officer expecting its Chinese sales to remain weak, according to Bloomberg News.

Elsewhere, Chinese stocks also headed lower, after its securities regulator announced Wednesday night that it soon would launch a second round of its crackdown on margin-trading practices.