Jeff Bridges is one of the 85,000-plus lymphoma cases expected in the U.S. this year

What to know about the most common type of blood cancer almost 800,000 Americans are living with or in remission from 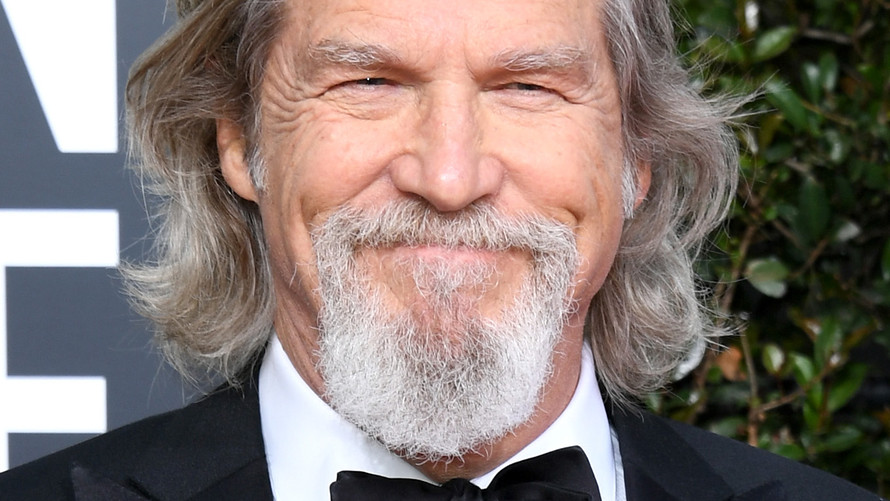 Jeff Bridges revealed that he has lymphoma, which is the most common type of blood cancer . And this sobering news has spurred celebrities and fans to send their best wishes to the star best known for playing “the Dude,” the White Russian–drinking bowler and casual-wear icon from the Coen brothers’ 1998 cult classic, “The Big Lebowski.”

But the Dude abides, and Bridges suggested that his outlook looks just as promising.

“As the Dude would say.. New S**T has come to light,” tweeted Bridges, 70, on Monday. “I have been diagnosed with Lymphoma. Although it is a serious disease, I feel fortunate that I have a great team of doctors and the prognosis is good.

Celebrities such as Cary Elwes, John Lithgow, Patricia Arquette and George Takei posted encouraging words and prayers to Bridges, who is the son of Lloyd and Dorothy Bridges, and has starred in more than 70 films including “Starman,” “True Grit” and “The Last Picture Show.” He won an Academy Award in 2010 for “Crazy Heart,” and was honored with the Cecil B. DeMille lifetime-achievement award during the 2019 Golden Globes.

And he is now one of the most high-profile cases of lymphoma, a cancer of the body’s infection-fighting lymphatic system that affects the blood and bone marrow. And more than 85,000 new cases of lymphoma are expected to be diagnosed in the U.S. this year, according to American Cancer Society data shared by the Leukemia & Lymphoma Society , with some 791,550 people currently living with lymphoma or in remission from the disease in the U.S.

Many different types of lymphoma exist, and Bridges did not share any more details about his diagnosis or treatment. But his disclosure is an opportunity to share more information about lymphoma, the risk factors and symptoms to be aware of, as well as treatment options.

Lymphoma is a type of cancer that starts in cells that are part of the body’s immune system, specifically the lymphocytes, which are a type of white blood cell that fights germs. So these cancers can affect the blood and bone marrow , as well as the other tissues and organs that produce, store and carry white blood cells including the spleen.

Doctors still don’t know what specifically causes lymphoma , but at some point a lymphocyte mutates and begins to reproduce rapidly. The mutated, abnormal cells live longer than the normal cells would, and in time, the diseased and ineffective lymphocytes outnumber the healthy cells, which causes the lymph nodes, liver and spleen to swell.

There are two main types of lymphoma, the CDC explains, including:

Hodgkin lymphoma (HL), which spreads in an orderly manner from one group of lymph nodes to another.

Non-Hodgkin lymphoma (NHL), which spreads through the lymphatic system in a non-orderly manner.

What are the symptoms?

Signs and symptoms of lymphoma may include:

These symptoms can be signs of other health conditions, of course, so it’s recommended that anyone experiencing them should see a doctor to determine the cause.

How is it treated?

There are many different types of lymphoma — including 90 different types of non-Hodgkin lymphoma — and treatment varies depending on the type and severity. Generally, lymphoma treatment involves chemotherapy, radiation therapy and immunotherapy medication. The Mayo Clinic, which is an international authority on lymphoma research , explains that the goal of treatment is to destroy as many cancer cells as possible to bring the disease into remission. A bone marrow or stem cell transplant may be performed in some cases to help rebuild healthy bone marrow after chemo and radiation has suppressed the diseased bone marrow.

Bridges didn’t specify his own treatment, only saying that he is beginning treatment and will keep the public posted on his recovery.

Treatment can be very expensive, however, with almost 60% of patients covered by Medicare telling the Leukemia & Lymphoma Society in a 2019 study that they decided to delay or forego treatment, largely due to steep out-of-pocket costs. It noted that some traditional Medicare lymphoma patients getting anti-cancer therapy though infusions experienced out-of-pocket costs of more than $19,000 in their first year. And costs can extend two or three years beyond a blood cancer diagnosis.

Who is most at risk?

Cases have also been more common in people who are immunocompromised, including those who take drugs to suppress their immune systems. And some infections such as HIV and the Epstein-Barr virus are also associated with an increased lymphoma risk.

And like many other cancers, family history has been linked with a higher risk of Hodgkin lymphoma.

What is the survival rate?

The good news is, Hodgkin lymphoma is now considered to be one of the most curable forms of cancer, according to the Leukemia & Lymphoma Society , with a five-year survival rate of 94.4% among patients younger than 45 at diagnosis. And the five-year relative survival rate for those with Hodgkin lymphoma more than doubled from 40% in whites in 1960 to 1963 (the only data available) to 88.5% for all races from 2009 to 2015.

How does COVID-19 complicate things?

While the medical community is still learning about COVID-19, the general consensus is that people with cancer, who are in active cancer treatment or have previously been treated for cancer, may be at higher risk of severe illness and death if they get the coronavirus . So it’s important that these folks lower their risk of exposure to COVID-19 by avoiding large crowds and non-essential travel; working from home, if possible; staying at least six feet away from people outside their household; wearing a face mask when they can’t socially distance; as well as washing their hands frequently, and not touching their eyes, nose or mouth.

Where can I find more information or support?

Visit the CDC and American Cancer Society pages on lymphoma.

The Mayo Clinic also outlines its lymphoma research and treatment strategies on its website.