High-yield corporate bonds may present the next financial crisis for markets, says the man known as one of the barons of the bond world.

“The worry is that interest rates could start rising a few years from now and when rates start to rise, the quest for yield will cool down, because that’s what’s driving a lot of investment activity,” Jeffrey Gundlach, chief investment officer and founder of investment firm DoubleLine Capital, told Wall Street Week on Sunday.

“The risk is there could be a run on the bond funds, causing further downward price movement. A lot of investors don’t like Treasurys. They’ve been searching for yield and throwing caution to the wind.”

Gundlach said the problem with the rollover calendar for many parts of the junk bond, corporate bond, market and bank-loan markets, is that maturation dates will hit in 2018 and 2019. And many individual retail investors are exposed to these bonds via exchange-traded funds and mutual funds.

“The risk is there could be a run on the bond funds, causing further downward price movement. A lot of investors don’t like Treasurys. They’ve been searching for yield and throwing caution to the wind,” said Gundlach. With higher rates, the scramble for yield diminishes because investors can garner relatively richer returns with less risk, and that may lead to widening spreads on high-yield bonds.

He added that investors may think that what happened in 2013, when the Treasury market fell during the taper tantrum and junk bonds held up and delivered decent returns, is normal and repeatable. 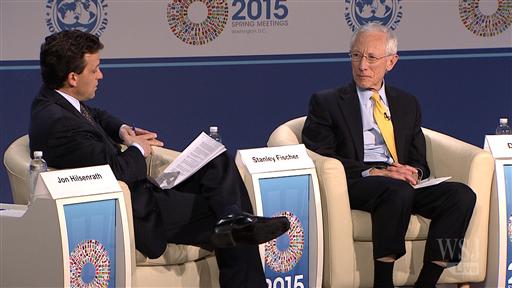 “They wouldn’t just go up like Treasury rates, they’d go up even more than Treasury rates, causing price losses that aren’t expected and means high yields could suddenly be hundreds of basis points higher in yields,” said Gundlach.

If free cash flow for companies rolling over those maturities isn't improving in line with those higher interest payments, investors could see default rates “out of the context of the 4% market average over the last three decades.” Free cash flow refers to cash investors have generated for shareholders after paying expenses and investing in growth.

How much should investors worry about this potentially looming crisis? Gundlach said as this may not be an issue for 18 months to two years, they don’t need to “go out and make radical changes today.

“I think it’s OK for investors to stay with what’s called a carry trade, to own high-yield bonds, with the dollar stabilizing, having rallied massively and now kind of stable at a higher level, I think you’re OK in stabilizing. You’re OK in emerging market debt as long as the dollar stays away from strengthening too much,” he said.

Liz Ann Sonders, chief investment strategist at Charles Schwab, said in the same Wall Street Week segment that she’s never seen anything like the “desperate search for yield,” largely outside the equity market, among her clients right now..

“I’m amazing at how often I find investors who don’t really even understand the basics of how yields and prices move in the opposite direction. I’m not so sure in that desperate hunt for yield they quite understand the risks they’re taking in order to get that,” said Sonders.

Not everyone was sharing Gundlach’s concern over high-yield corporate debt. Jonathan Beinner, chief investment officer of Goldman Sachs Asset Management, also appearing on the talk show, said that a few years ago, a wall of maturities came due in 2013, 2014 and 2015, and rolled over without incident.

The market has “benefited [from] wide open capital markets and a big search for yield, but those markets are open...if the economy is doing OK, even with higher interest rates from the Fed, our view is that it’s not going to be a disaster,” said Beinner.

No Fed hike until 2016? Gundlach believes the Federal Reserve may delay interest rates until possibly 2016, with chances at a move this year down to 50% mainly because gauges of U.S. economic health have “kind of sputtered out.” And a move closer to the holiday shopping season would be less likely as well, he said.

But the effects of what the Fed has done so far is still unfolding, he warned.

“ If you rate the Fed very highly, it’s sort of like a man that jumps out of a 20-story building and he says so far so good,” quipped Gundlach.