Bond guru offers his latest bearish take on U.S. equities and takes a shot at bitcoin 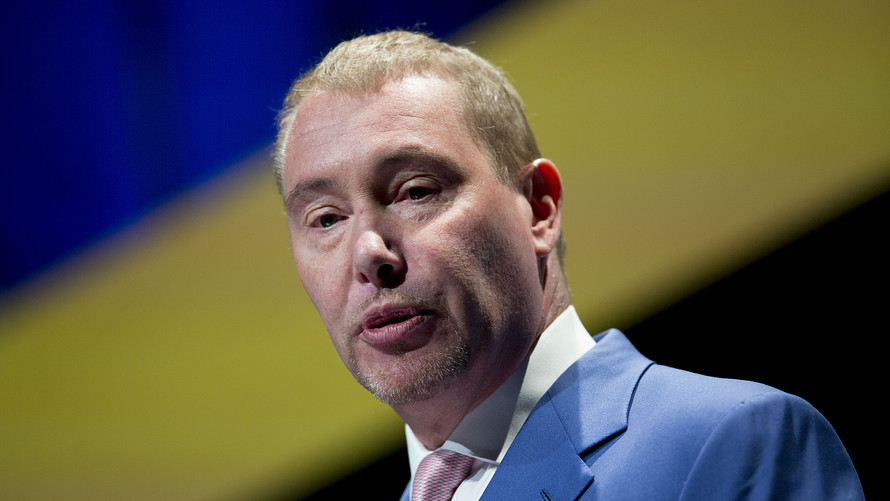 Andrew Harrer/Bloomberg
Jeff Gundlach has another warning about U.S. stocks.

High-profile fund manager Jeff Gundlach has predicted U.S. stocks will finish in the red in 2018, in his latest bearish take on the equity market.

“All recession indicators are flashing no recession, which means it’s priced in,” said Gundlach during the webcast, according to a Bloomberg report . “This is why I say S&P 500 down after a pretty decent run early in 2018.”

Gundlach has made bearish calls on U.S. stocks for more than a year. He said in December 2016 that the “Trump trade” was “losing steam,” and he suggested in May that investors bet against the big S&P 500 ETF (PSE:SPY) .

But so far, the market has continued to rally. The S&P 500 rose 19% in 2017, and on a total-return basis (which includes dividends), the index has been in the green for nine years in a row, as the DoubleLine chart below shows. 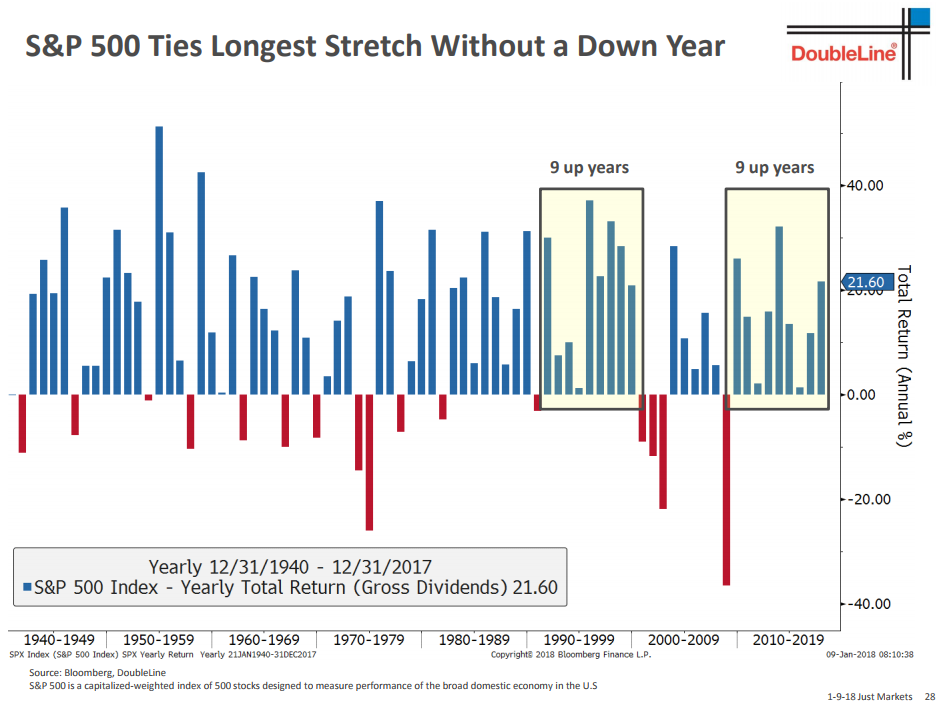 It has been more than seven fat years for the S&P 500.

The bond guru’s downbeat forecast stands in contrast to the upbeat S&P year-end targets offered by Wall Street’s strategists. On average, forecasters from big banks have predicted the stock gauge will trade at 2,819 by the end of 2018, implying a 5% rise for the year from the index’s Dec. 31 close at 2,674.

Check out: Gundlach reveals his biggest mistake — and how you can avoid it

The DoubleLine boss also took a shot at the world’s No. 1 cryptocurrency, saying “the high for (COINDESK:BTCUSD)  is in,” according to a Reuters report .

Read: Ripple’s market cap cut in half as the cryptocurrency keeps falling

People think bitcoin is anonymous and can’t be hacked, but he has a feeling that is not the case, he said during his webcast, adding that he doesn’t own the virtual currency as it doesn’t jibe with his “conservative DNA.” 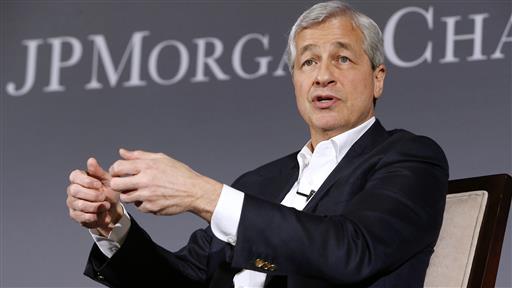