Jerry Falwell Jr. goes on indefinite leave as Liberty University chancellor and president amid scandal over posting of offensive photo 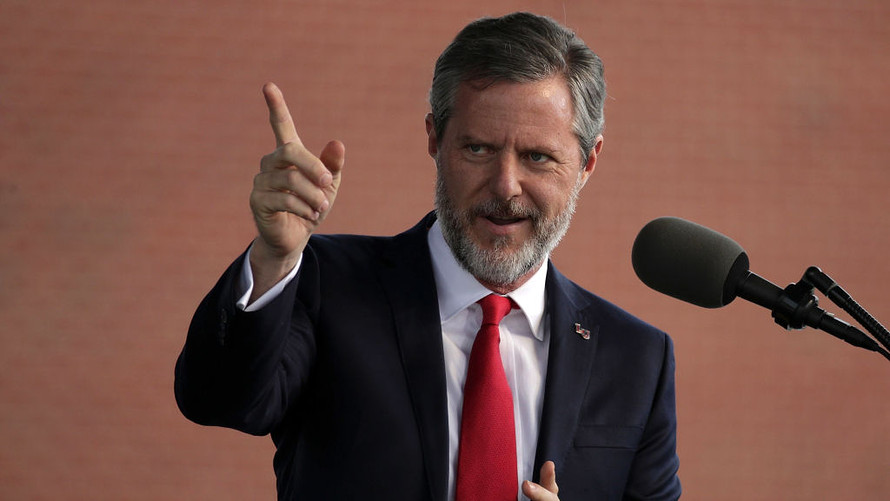 RICHMOND, Va. (AP) — Jerry Falwell Jr. has agreed to take an indefinite leave of absence from his role as president and chancellor of Liberty University, the school announced Friday.

The statement said the Executive Committee of Liberty’s board of trustees, acting on behalf of the full Board, met Friday and requested that Falwell take leave, “to which he has agreed, effective immediately.”

The statement did not indicate what prompted the request by the trustees, but the announcement came after Falwell apologized for posting photos on social media that critics said were distasteful, including one that showed Falwell with his pants unzipped and his arm around a young woman.

Falwell, an early and high-profile supporter of President Donald Trump, has served since 2007 as president of the university in Lynchburg, Va., founded by his father, the late evangelist the Rev. Jerry Falwell.

He did not immediately return a call seeking comment, and a university spokesman said he had no further comment.

In an interview this week with radio station WLNI, Falwell said the woman in the photo was his wife’s assistant. He said he had apologized to “everyone.”

On Thursday, U.S. Rep. Mark Walker of North Carolina, a pastor who has previously taught at Liberty, called Falwell’s behavior “appalling” and said he should resign.