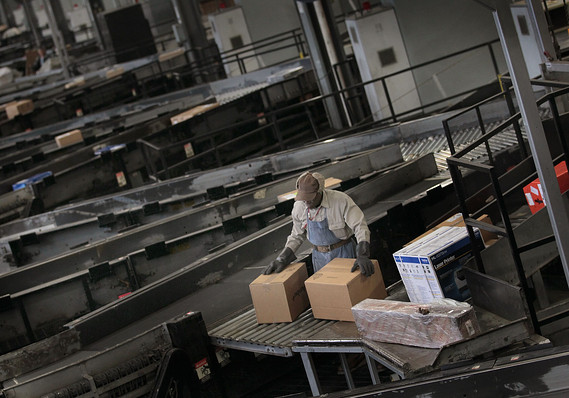 Getty Images
A worker sorts packages at UPS. The unemployment rate sits near a 50-year low thanks to millions of new jobs being created over the past 10 years.

The numbers: The number of Americans who applied for unemployment benefits in early February rose slightly, but there’s still no sign of widespread layoffs in an economy that has been expanding for a record 10 and a half years.

Initial jobless claims edged up by 2,000 to 205,000 in the seven days ended Feb. 8, the government said Thursday. The figures are seasonally adjusted.

Economists polled by MarketWatch had forecast a 211,000 reading. 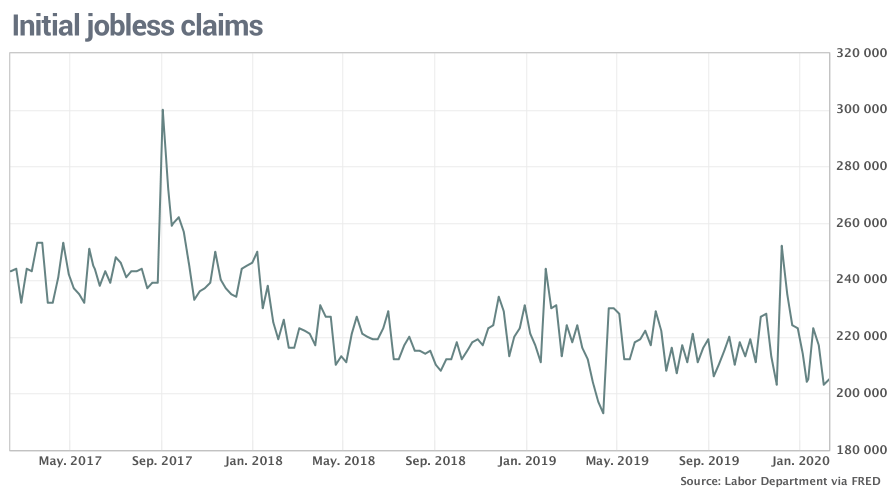 The more stable monthly average of jobless claims, which filters out the weekly ups and downs, was unchanged at 212,000.

New applications for unemployment benefits give an idea of how many people are losing their jobs. They touched a 50-year low of 193,000 in April 2019 and have hovered in the low 200,000s since then.

What happened: Raw or unadjusted jobless claims rose slightly in a handful of states and they fell the most in California, Missouri, Pennsylvania and New York.

The number of people already collecting unemployment benefits, meanwhile, sank by 61,000 to 1.69 million. They have fallen below the 1.7 million threshold for the first time since last Thanksgiving.

Big picture: Despite a burst of job creation in January, hiring has slowed in the past year. Earlier this week, the government said U.S. job openings sank in December for the second straight month.

Yet the economy is still creating more than enough jobs to keep the unemployment rate near a 50-year nadir and extend a record expansion that turns 11 years old in June. Very few companies are reducing staff aside from manufacturers and traditional retailers that have been losing ground to internet rivals for years.

What they are saying? ”Initial unemployment claims have returned to low levels following holiday-related volatility, consistent with our view that the labor market remains strong,” said chief U.S. economist Lewis Alexander of Nomura.