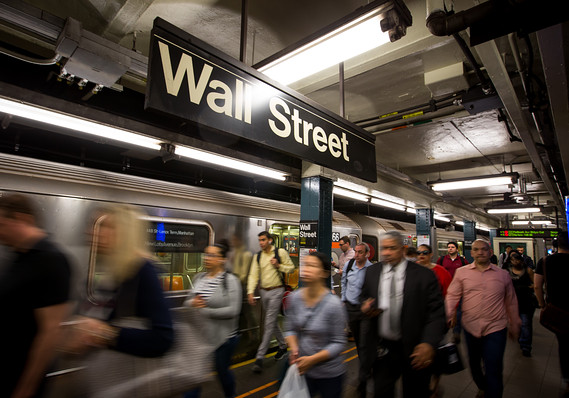 The numbers: One week after falling sharply, the number of people who applied for U.S. unemployment benefits in mid-September inched higher, the government said Thursday.

The more stable monthly average of new claims fell by a smaller 750 to 212,250. The four-week average gives a more accurate read into labor-market conditions than the more volatile weekly number.

What happened: Actual or unadjusted jobless claims rose in only a few states like Texas, California, and North Carolina. If the strike by workers at General Motors Co. /zigman2/quotes/205226835/composite GM -3.00% lasts long enough, there could be more layoffs at companies that make tires and seats and other products for the GM system, economists said.

Big picture: Federal Reserve Chairman Jerome Powell on Wednesday pointed to the strong labor market as a reason for optimism about the U.S. economy even as manufacturing is weak and businesses are increasingly uncertain because of the U.S.-China trade war. A majority of Fed officials think a modest adjustment to interest rates should keep the expansion going.

What are they saying: “Claims remain low, consistent with a still-solid trend in employment growth. While net employment growth depends on gross hiring as well as the pace of layoffs, and the trend in payrolls gains appears to have moderated a bit -- due to reduced hiring rather than increased firing -- major weakening in employment growth is invariably associated with an uptrend in claims,” said Jim O’Sullivan, chief U.S. economist at High Frequency Economics.