Number of people applying for benefits back near half-century low 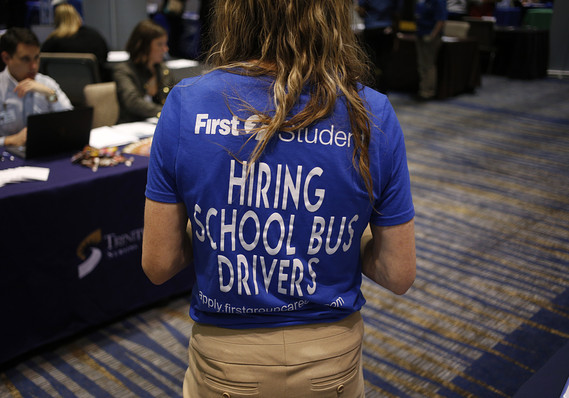 Bloomberg News/Landov
The U.S. economy is still creating tens of thousands of new jobs each month, keeping layoffs near the lowest level in decades.

The numbers: The number of Americans applying for unemployment benefits plunged by 27,000 in early December to 206,000, erasing a surge around Thanksgiving that now appears to have been a temporary blip triggered by an earlier-than-usual holiday.

The decline in applications for benefits puts claims, a rough way to measure layoffs, back near a half-century low. 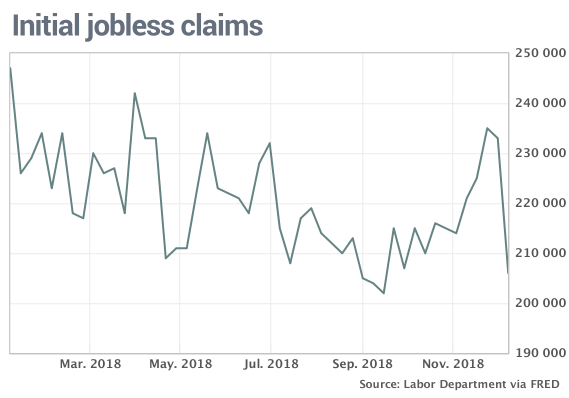 They had jumped around Thanksgiving to an eight-month high, adding to worries the economy might be slowing. It appears to be a false alarm, however.

What happened: New applications for unemployment benefits fell to a seasonally adjusted 206,000 from 233,000 in the seven days ended Dec. 8, marking the lowest level in two and a half months.

Economists polled by MarketWatch had forecast a 226,000 reading.

Just a few weeks earlier, new claims had climbed to an eight-month high of 235,000, raising questions about whether the labor market had cooled off. A weaker-than-expected employment report for November fed into those concerns.

Read: Why 150,000 new jobs a month would still be fine and dandy for the economy

Yet the latest drop in claims makes it pretty clear there’s been no increase in layoffs nationwide.

The government adjusts the claims figures each week to account for seasonal changes in an ever-shifting labor force, but an earlier Thanksgiving basically played havoc with the formula for making these adjustments.

Claims tend to be erratic from Thanksgiving until after the Martin Luther King Jr. holiday in late January.

The number of people already collecting unemployment benefits, known as continuing claims, rose by 25,000 to 1.66 million. But they remain near the lowest levels since 1972.

Big picture: The labor market is still going strong as the current expansion nears a decade in length. The U.S. has added an average of 206,000 jobs a month through the first 11 months of 2018 — the fastest pace in four years. And with job openings near a record high hiring is unlikely to slow dramatically.

All the new hiring and extremely low unemployment are bulwarks against recession, though that could change if the Federal Reserve raises interest rates too quickly.

What they are saying?: “This report should lessen fears that the labor market is weakening significantly,” said Jim O’Sullivan, chief U.S. economist at High Frequency Economics.

Also Read: Bridge to nowhere? Some doubts on economy justified, doom and gloom is not