Johnson & Johnson recalls baby powder and arsenic was discovered in baby food — how much should parents worry? 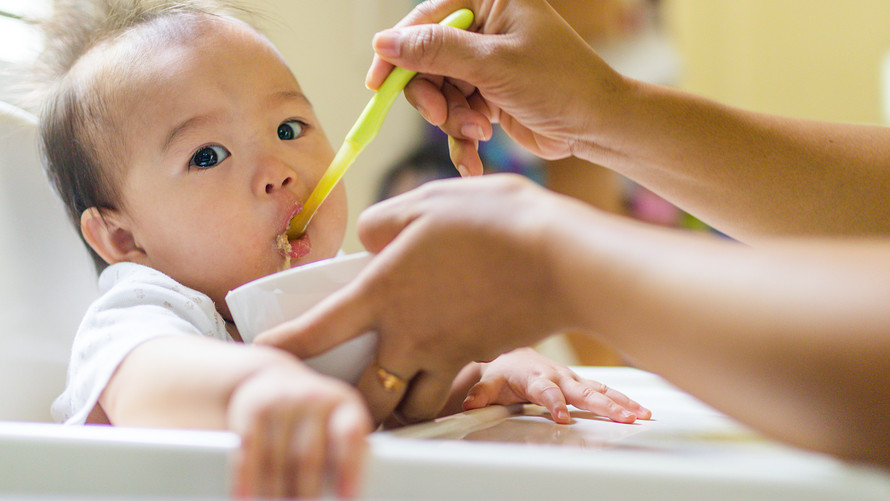 Johnson & Johnson is recalling more than 30,000 bottles of baby powder because of asbestos contamination concerns, but a new report says that’s not the only potential threat parents need to worry about.

A day before Johnson & Johnson announced it was starting a voluntary recall for one lot of its baby powder “out of an abundance of caution,” a study said 95% of lab-tested baby foods contained traces of at least one of four heavy metals.

The Healthy Babies Bright Futures study found that one in four of the 168 lab-tested baby foods — ranging from purees to juice and teething biscuits — contained all four heavy metals, which are arsenic, lead, cadmium and mercury. Researchers tested both niche brands and widely available brands, such as Gerber — which told MarketWatch the report “may have caused unnecessary alarm about the safety of foods for children.”

Past research has linked the four metals with harm to the brain, among other health consequences, according to Healthy Babies Bright Futures. The organization is an alliance of scientists and public health nonprofit organizations that are focused on ending young children’s exposure to chemicals that can impair development.

Other studies have uncovered heavy metals in baby foods, like one in 2017, which found lead in 20% of some 2,000 baby food samples.

Gerber and Beech-Nut defended the safety of their products

For that reason, she said “many food safety and agricultural experts suggest that it is not feasible to achieve a “zero” level of these elements — even in homemade foods made from organic ingredients.”

The company prides itself on strict adherence to food safety, said spokeswoman Kelly Schneider. “We want to reassure parents that Gerber never compromises on the safety or quality of our foods. We are committed in partnership with our suppliers, growers, and manufacturing team to minimize heavy metal levels to as low as possible.”

Beech-Nut Nutrition said in a statement that its products “are dependably safe, healthy and nutritious,” noting it tests for 255 contaminants including lead, other heavy metals and pesticides. Some of the Healthy Babies Bright Futures recommendations “support what we’ve been doing at Beech-Nut for years, including being selective in sourcing and conducting rigorous testing.”

The baby powder recall and the Healthy Babies Bright Futures report amount to distressing news for parents, especially if they don’t have the time to make their own baby food or sort through which baby powders to use.

Johnson & Johnson /zigman2/quotes/201724570/composite JNJ 0.00%   said it was initiating the voluntary recall of a single lot — about 33,000 bottles — after a Food and Drug Administration (FDA) test showed “sub-trace levels of chrysotile asbestos contamination” from one baby powder bottle purchased online.

“Thousands of tests over the past 40 years repeatedly confirm that our consumer talc products do not contain asbestos,”Johnson & Johnson said in a statement. The company is fending off at least 13,000 lawsuits alleging that baby powder and other talc-containing products cause cancer. The company says its products are safe and don’t cause cancer. It is appealing verdicts against the company and has won several lawsuits in state courts, the Wall Street Journal reported.

How parents can take action

There are few federal guidelines about what’s considered a safe amount of heavy metals in baby food, the Healthy Babies Bright Futures report noted. Eighty-eight percent of the tested foods lacked federal rules or guidance on maximum safe levels, according to the report.

The FDA needs to both create new standards for foods with rules on heavy metal amounts and toughen existing standards too, said Healthy Babies Bright Futures. Companies have already reduced arsenic contaminants amounts in rice cereal and juice by following a FDA guidance, it noted.

The organization is calling for action from government officials and baby food companies, but there are steps parents can take too:

• Feed babies rice-free snacks and oatmeal instead of puffs and rice cereal. Rice can absorb arsenic, a naturally-occurring element, as it grows.

• Let babies gnaw on frozen bananas and chilled cucumbers instead of teething biscuits.

• Feed their child a range of fruits and vegetables.

Other pediatric experts have also said mixing up a baby’s diet is a good way to minimize exposure to contaminants in food.

In reaction to the Healthy Babies Bright Futures report, the FDA also advised parents vary the food in their child’s diet.

A spokesman said the agency’s work “includes actively monitoring the levels of arsenic, lead and other elements in foods and working to identify the most effective and feasible ways to reduce exposure to these elements from food. The recent report by Healthy Babies Bright Futures underscores the importance of our continued work in this area.”

The spokesman continued, “While we have seen progress in this area, more work can be done to further decrease exposures to arsenic and lead from foods.”

He said parents should “continue to feed their babies and children an age appropriate, varied, well balanced diet for nutrition and food safety. The FDA is committed to working with stakeholders in industry and in advocacy, to continue to reduce exposure to these elements.”