If fund flows point to a lack of consumer confidence, the economy is in trouble, says JP Morgan analysts 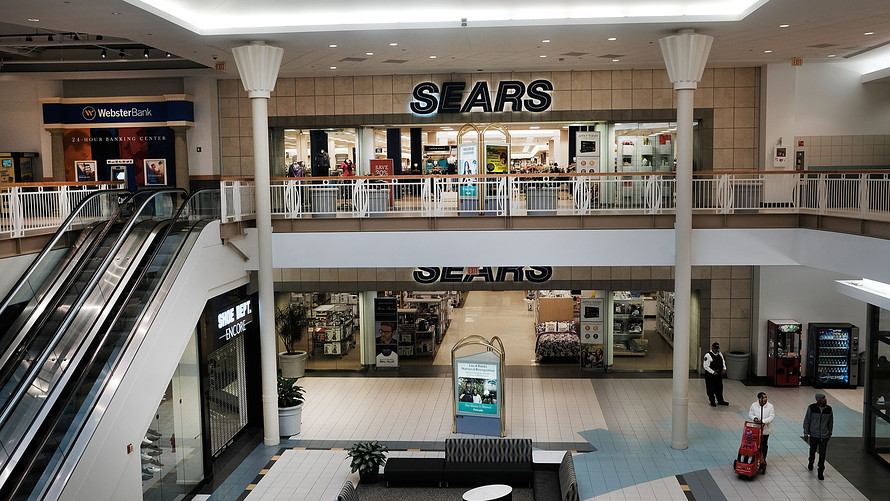 The divergence between a flood of inflows into bond-funds and a rush of outflows from equity funds could point to a growing lack of confidence among retail investors and consumers in the economy.

U.S. growth increasingly relies on resilient households to offset the corrosive impact of trade tensions between the two world’s largest economies. Against that backdrop, flows from mutual funds and exchange-traded funds across the world could heighten the risk of a recession, if it presages slower consumer spending, according to JP Morgan analysts led by Nikolaos Panigirtzoglou.

See : ‘Something has to give:’ How long can the American consumer shoulder the global economy?

“Retail investors’ behavior in the fund space this year has the hallmarks of late cycle investing with growing outflows from equity funds and strong inflows into bond funds,” JP Morgan said in a Friday note. “Diminishing consumer confidence would naturally raise further expectations of recession by both economists and markets given the key role the consumer is playing in gauging recession risks,” they said.

This year, $683 billion has rushed into bond funds, compared with the $177 billion that left stock funds, based on data from the Investment Company Institute, Bloomberg and EPFR.

The chart below shows how the pace of retail investors fleeing from equity funds picked up in the third-quarter. In the three months between July and September, $74 billion left such funds.

“The last time we saw such strong outflows from equity funds was during 2008,” JP Morgan said. 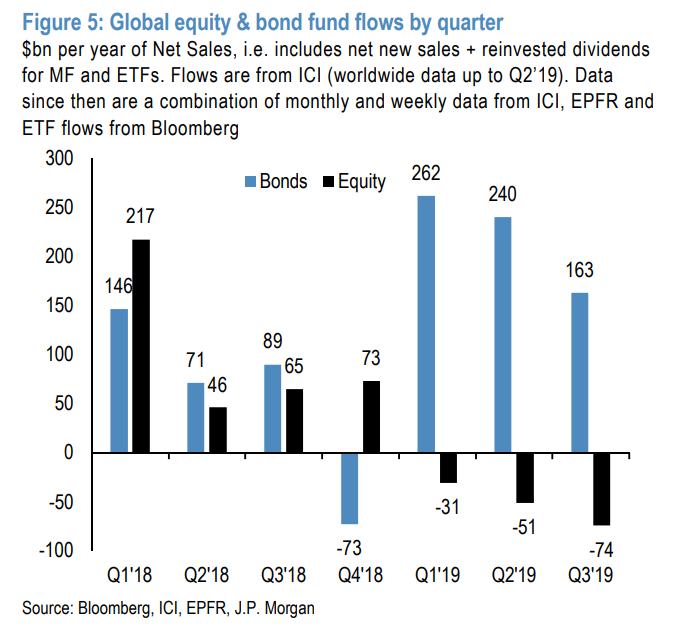 Still, economic indicators show that the global economic growth doldrums have yet to weigh on consumers.

The University of Michigan’s consumer sentiment index for October jumped to a three-month high of 96.0 from 93.2 in the previous month. Investors will get another update of the consumer’s strength via the retail sales report on Wednesday where it’s expected to increase 0.3%.

To be sure, the aversion to stock funds could simply reflect “rebalancing by retail investors, rather than diminishing confidence or rising fears or recession,” said JP Morgan.

Either way, both reasons have “negative implications for equity markets as it means retail investors could act as a drag on equity market upside from here even if consumer confidence improves,” they said.

Stocks were trading slightly lower on Monday, following reports that the so-called “phase one” trade agreement struck by U.S. and Chinese negotiators last week still had unresolved details left, which Beijing wanted to be worked out in the coming weeks.