Judge ruled Monday that oil flow must stop by Aug. 5 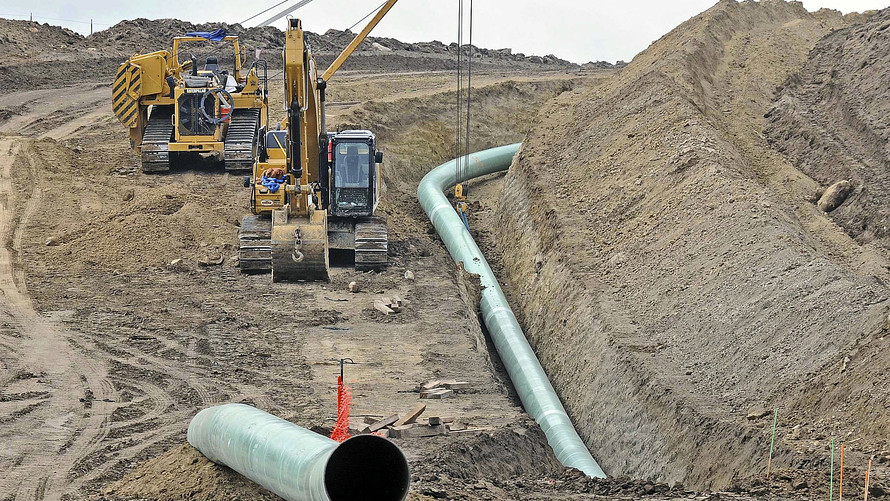 The Bismarck Tribune via AP
In this Oct. 5, 2016, file photo, heavy equipment is seen at a site where sections of the Dakota Access pipeline were being buried near the town of St. Anthony in Morton County, N.D.

FARGO, N.D. — A federal judge on Tuesday rejected a request for an emergency order to delay the process of shutting down the Dakota Access pipeline while attorneys appeal a ruling to shutter the pipeline during the course of an environmental review.

Pipeline attorneys filed the motion — along with a notice of appeal — late Monday after U.S. District Judge James Boasberg ruled to stop the flow of oil by Aug. 5. In denying the request for an expedited ruling, Boasberg said he will scheduled a status hearing to discuss scheduling when he receives the Dakota Access motion to keep the pipeline running.

Boasberg ordered the pipeline shuttered while the U.S. Army Corps of Engineers fulfills his demand to conduct a more extensive environmental review than the one that allowed the pipeline to start moving oil near the Standing Rock Indian Reservation three years ago. Boasberg cited the “potential harm” that the pipeline could cause before the Corps finishes its survey

Dakota Access attorney William Scherman said in his motion filed Monday that shutting down the pipeline requires a number of time-consuming and expensive steps that would take “well more” than 30 days.

Jan Hasselman, the EarthJustice attorney representing Standing Rock and other tribes who have signed onto the lawsuit, said in a court filing that the proposed “rushed briefing schedule” wasn’t appropriate because it would not have given attorneys a chance to argue the motion in court.

The $3.8 billion, 1,172-mile pipeline crosses beneath the Missouri River, just north of the reservation. The tribe draws its water from the river and fears pollution. Backers of the pipeline say it’s state-of-the-art equipment that has function for three years without any issues.