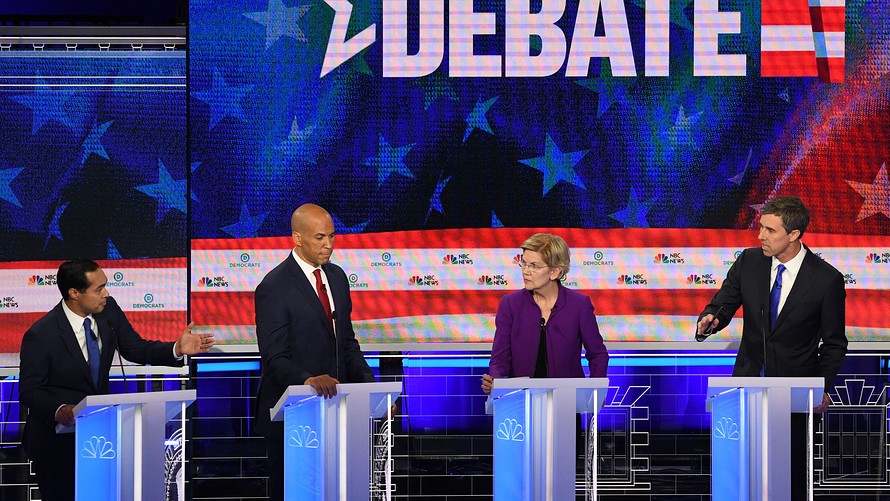 Castro, the former Housing and Urban Development secretary and San Antonio mayor, blasted O’Rourke, the former Texas congressman, for not doing his “homework” on a U.S.-Mexico border issue.

In the so-called spin room after the debate, Castro doubled down on his take.

O’Rourke “clearly hasn’t done his homework on this issue, because he was under the impression that in order to stop human trafficking or drug trafficking, that we needed to keep Section 1325 as law. That’s not the case. We have other laws,” the former mayor told reporters.

“He talks a lot about being from a border community, and yet he didn’t understand that we already have other laws.”

Section 1325 in Title 8 of the U.S. Code makes it a misdemeanor to illegally enter the country. Castro wants to repeal the provision so that coming into the U.S. without authorization would be a civil offense rather than a crime.

Castro also patted himself on the back somewhat for his debate performance, which helped bring about a spike in Google searches for information about him. He said in the spin room: “People tonight saw that I’m a strong candidate and would make a strong president.” 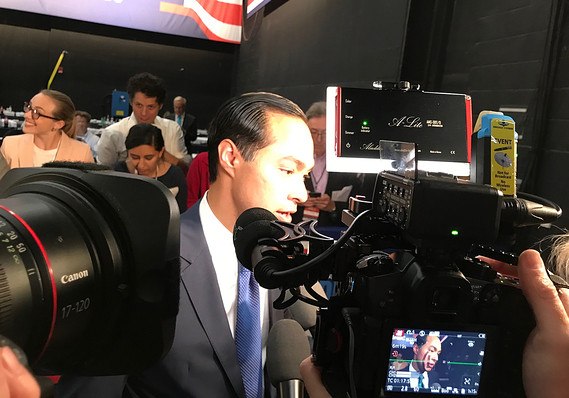 The clash between two Texas politicians inspired chatter that it was a possible preview of a future Democratic primary — one to represent the Lone Star State in the U.S. Senate. But Castro’s campaign manager, Maya Rupert, laughed out loud when asked about this chatter.

“That was not a preview for a Senate campaign,” she told MarketWatch. “Sure, if they’re both unsuccessful and they both decide to go back home and run for Senate, I guess that could happen, but no, Secretary Castro is running for president.”

Ahead of Wednesday’s debate, neither politician had ranked as a top-tier presidential hopeful, with a RealClearPolitics average of polls showing O’Rourke drawing support of 3.3% and Castro at 0.8%.

Rupert also talked about how the Castro campaign will try to capitalize on some of the gains made in Wednesday’s debate. “We’re going to make sure we’re getting him out to as many audiences as we can,” she said. “When people see him, he resonates with them.”

O’Rourke’s campaign manager, Jen O’Malley Dillon, pushed back on Castro’s critique, tweeting that “while others clearly came to throw punches on this stage, Beto was more than once the first on many of the critical challenges tonight,” pointing out he led the way in bringing up climate change, Russian election interference and other issues. She also said the former congressman “has done his homework on immigration.”

Another debate participant, Ohio Rep. Tim Ryan, chuckled in the spin room when he was asked about watching the Castro-O’Rourke exchange from his own spot on the stage. Ryan said: “I thought, ‘Here’s a couple of Texas guys, having a little dustup.’”

The two-part debate in Miami continues on Thursday night, with 10 other Democratic presidential hopefuls due to take the stage.