The American food aisle in this grocery store is a grim indictment of the U.S. diet 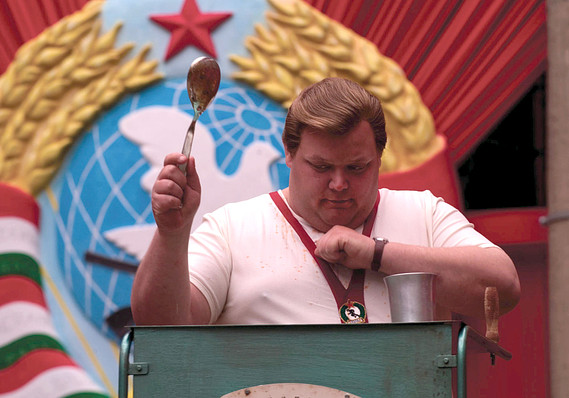 A photo of an “American food aisle” in a British grocery is causing an online uproar, but the real travesty may be how accurately it captures America’s unhealthy love affair with processed food.

Yasmin Summan, a 20-year-old from Birmingham, England, caused the international tempest in a teapot after tweeting three pictures of the store’s “American food aisle.” She asked if the products were an “accurate” representation of American food.

No, many users responded, citing jarred hot dogs as the strangest product on display. Tesco did not respond immediately to a request for comment. “Hot dogs in a jar are an insult to American standards,” user @shadowsilver91 wrote.

The jarred hot dogs, Dino’s Famous Brooklyn Big Dogs, are made by a U.K.-based company, according to the Tesco website . The site instructs shoppers to heat the frankfurters in warm water, but to not boil them.

Hot dogs are of course a traditional favorite in the U.S., and Americans eat about 20 billion hot dogs each year, according to the National Hot Dog and Sausage Council. Though many said they were shocked to see them in jars, some companies, including Germany-based Wikinger , do sell jarred hot dogs.

Beyond the jarred hot dogs, the aisle makes some troubling assumptions about the American diet

The American food aisle may have struck a nerve.

Many Americans are aware of the risks that come with eating processed meats like hot dogs, but that doesn’t mean they’ll quit. Despite warning about health risks, U.S. adults were eating just as much processed meat in 2016 as they were back in 1999, according to a study published in June in the Journal of the Academy of Nutrition and Dietetics.

Despite warning about health risks, U.S. adults were eating just as much processed meat in 2016 as they were back in 1999, according to a study published in June in the Journal of the Academy of Nutrition and Dietetics.

The study defined fast food as “restaurant fast food/pizza.” Fast food is more likely to contain high levels of sugars, fats, and salts that can increase one’s risk of obesity, type 2 diabetes, and other health conditions.

A recent University of Paris study of more than 100,000 people found that individuals who ate the most “ultra-processed foods” — which often contain sugars, preservatives, and saturated fats — had a greater risk of having a heart attack or stroke. They’ve also been linked to cancer.

Junk food is convenient, and getting away from it can be expensive

The overall medical cost of obesity in America was $147 billion in 2008 U.S. dollars, the CDC estimated . And individuals who are obese spend an average of $1,429 more on medical costs each year than those who are normal weight.

But junk and fast food is also cheaper for most Americans. A study published in the journal Cell Metabolism found that an unprocessed diet cost 40% more than an ultra-processed one.

However, those with higher incomes were, in fact, more likely to eat junk food on a given day, according to the CDC.